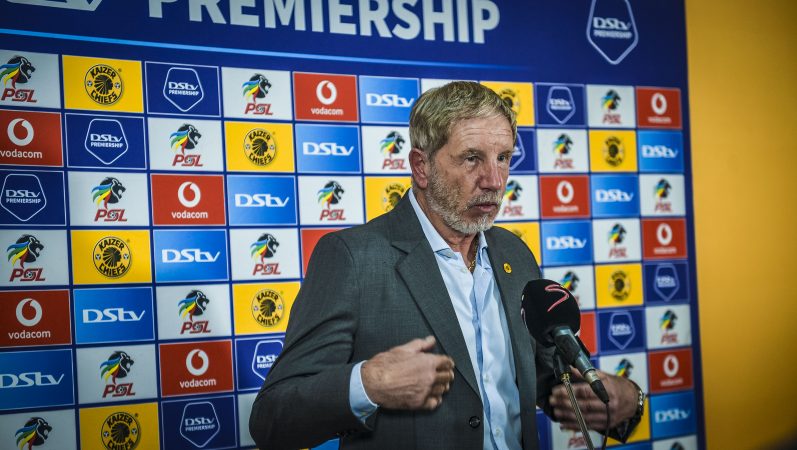 On the return of fans to the stadium for the first time in two years:

The supporters for us are undoubtedly an extra player. We have good supporters. What I’m hoping is that they very quickly get on board and realise they can be a part of helping us to add that extra five or 10 percent that turns a draw into a win or a defeat into a draw. I hope they can do that and I hope we will see a coming together again. We’ve missed them and I’m sure they’ve missed watching their team. Now, let’s show everybody it has been a  handicap for us and that those supporters do have a positive effect on our team and it’s not just loose talk.

On the long breaks between Chiefs fixtures:

These extended breaks, sometimes you think it’s positive. It lets injured players get fit and it lets you do a bit of work. That’s positive. The negative is that any momentum you’re starting to build, pegs it back, and you lose that one game every week rhythm. We have to overcome that and make sure the quality we have in training – which has been very good – we can transfer that into the match arena. That’s what we are looking for, the quality looked good in training and the different balance we are going with worked very well. It’s just a question now of in a 90-plus minute game that we don’t allow ourselves to get stretched out, that we stay focused, we dare to play properly and I think we are going to make the results we all want.

On the unstable weather conditions:

We’ve had very poor weather, on and off, throughout this period. One day we trained and the pitch was almost unplayable, but the lads had a very good session with a good attitude. And so if it’s raining and cold when the game comes round I’m expecting the same application. Don’t moan and groan about it and don’t get bitter, get better.

Itu (Khune) is not available, he’s got a chest infection. Apart from that the ones who have had the longer injuries, like Sfiso (Hlanti) and Lebo (Manyama), none of those are back. Apart from that, we’ve got a full complement of players and they’re all looking sharp.

On coaching changes at SuperSport United:

They always say you don’t want to play against a team that’s just parted company with their coach. For me, it’s a shame for Kaitano (Tembo). He’s a colleague and a good friend of mine and he’s a good coach. But it happens sometimes that a club feels they need new impetus and sometimes that coach who lost his job has a new job and is stimulated again. We have to deal with whatever they throw at us. If Andre (Arendse) wants to go a different way or wants to go the same way with a freshness and more motivation, whichever it is we’ve got to do our job properly.