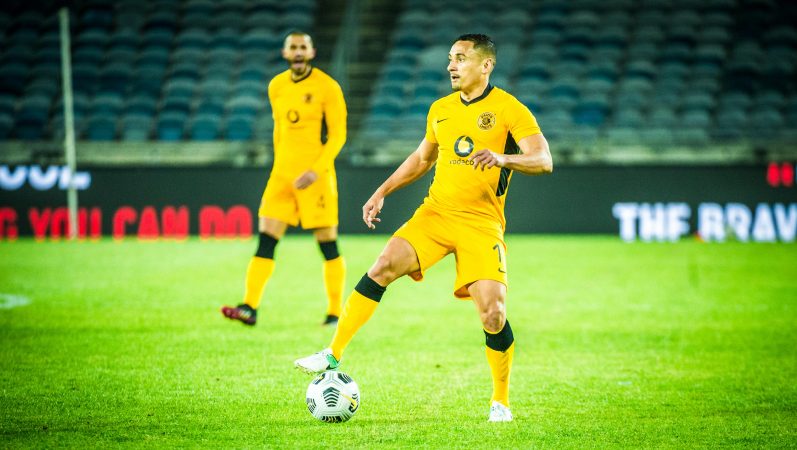 It was a happy return to action for Kaizer Chiefs midfielder Cole Alexander on Saturday, as he scored after coming on as a second half substitute to put the icing on the cake as Amakhosi defeated Chippa United 3-1 in a DStv Premiership game at the Nelson Mandela Bay Stadium.

Commenting on his return after a lengthy lay-off due to injury, a visibly pleased Alexander said: “it has been 12 weeks since I last played, I was very happy to get some game time, and to get back on the pitch.”

Alexander, who made his first appearance for Chiefs since the 22 December when he featured in a 2-0 home win over Maritzburg United, was also buoyed by the fact that he scored his first goal for Chiefs.

“I was very happy to score my first goal in the Chiefs colours, very very happy for that,” beamed Alexander.

He says the team’s focus has now quickly shifted to Chiefs next league game at home on Tuesday, 5 April against TS Galaxy.

“We are going to take it as we take any other game and work hard in training. Also, they eliminated us from the Nedbank Cup, so this is a way to get back at them,” says Alexander.

The midfielder is delighted that fans will soon be returning to the stadium, having joined the club during the COVID enforced lockdown period.

“As a Chiefs player I have not played in front of fans. As a player that always used to play against Chiefs, the crowd was always intimidating. For me I am excited to have the opposite of that and to have the crowd for me. That’s a big advantage, because like I said I have played against Chiefs with the crowd intimidating us. It will be an advantage for us to have them back,” Alexander said ahead of the return of fans next week at FNB Stadium against SuperSport United.

Alexander is ready to give his all in Chiefs remaining fixtures for season.

“I am just going to give my best every single day, that is all I can promise. The guys I am playing with, I learn a lot from them. They are good professionals on and off the field. I am lucky to be playing with them,” concluded Alexander.