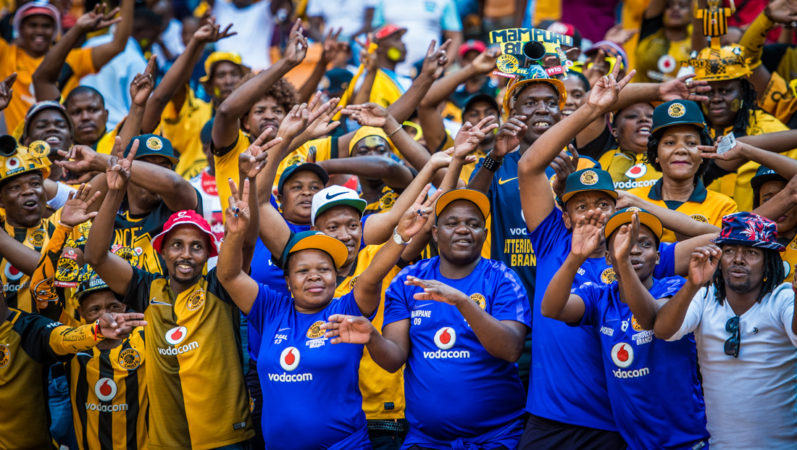 Kaizer Chiefs supporters all over the country and beyond the borders of South Africa have excitedly been buying tickets that will enable them to watch their favourite team, Kaizer Chiefs live in action for the first time in over 25 months.

Tickets for the match between Amakhosi and SuperSport United went on sale on Monday afternoon through our new ticket vendor www.ticketmaster.co.za and Computicket.

One of the people who made use of the online platform to get his tickets is Brian Thompson who is based in the capital city of Botswana, Gaborone. The passionate supporter is thrilled about the journey he and his three friends will undertake to Johannesburg on Friday to watch The Glamour Boys against Matsatsantsa on Saturday.

“I am looking forward to the big moment because it’s a historical match for us as we have missed singing and watching the game at the stadium,” says Thompson from Botswana.

Mokgethwa ‘Kherona’ Sello was one of the first people to purchase their tickets via Ticket Master’s website and says the process was easy, smooth “and does not require any formal education to use”.

Kherona, who is based in the Limpopo town of Burgersfort says he is looking forward to being inside the ‘calabash’ after a long time.

“As soon as the Club announced that tickets were on sale, I phoned members of my branch and we all logged on to get our tickets because we miss being in the stadium and chanting our songs for our beloved team,” he confirms.

Kherona is a member of the Tubatse Branch and says they have organised a minibus that will leave Burgersfort on Saturday morning to travel to FNB Stadium so they can witness this historical day as Amakhosi return to the stadium.

“We are ready. We all have our new jerseys and other regalia. We have been working with our branch chairperson Hluphi ‘Secarlo’ Sello to make sure that we are there with our other branch members. We will ensure we attend all the remaining matches in Johannesburg because we know the boys need us.” Kherona concluded.

Another ecstatic supporter Thembile Ntengo who is looking forward to being reunited with his beloved Club and other supporters after a while. He will be driving from Itumeleng Khune’s hometown of Venterdorp in North West.

“I bought my ticket online via the computicket website. It was easy and I urge other supporters to buy their tickets so we can show that we as Amakhosi are fully behind the team,” reacted Ntengo about his experience of buying his ticket.

Ntengo says he bought 5 tickets in total and will decide who he travels with in the next few days but wanted to grab his tickets before they get sold out.

Tickets are still available via ticketmaster.co.za using a debit or credit card or at various Computicket outlets at Shoprite and Checkers. Tickets start at R70.

Supporters are urged to arrive early and bring their proof of vaccination and ID to the stadium on match day.

The match on Saturday between Kaizer Chiefs and SuperSport United kicks off at 19:30 FNB Stadium. Gates open at 16:30.