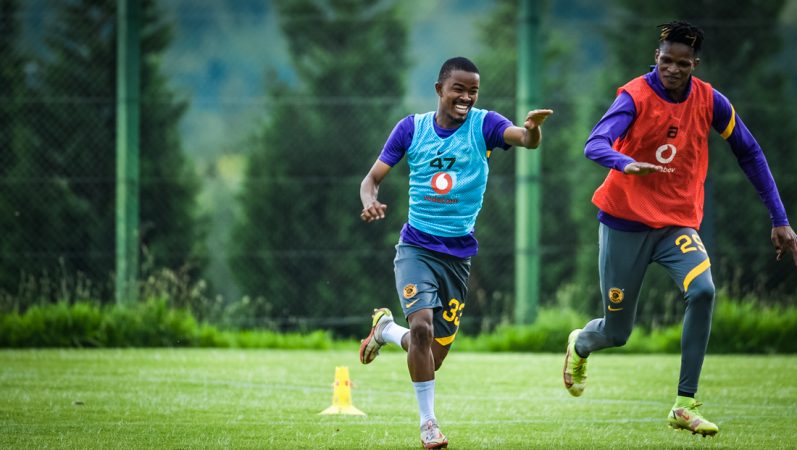 While the senior team will only be involved in two official matches this month, our third installment of the much-loved KCTV show in 2022 will hit our television screens early this evening at 17:00 on SuperSport’s PSL Channel 202 as we bring you another great episode of the show.

Viewers and supporters can look forward to a show that is jampacked with great content that will keep Amakhosi faithful glued to the screens for 30 minutes when it premieres today.

We will see our young sensation Sabelo Radebe travel with the crew to his hood in the Vaal Triangle where he was born and raised. We engage his parents, brother and friends who take up on a trip down memory lane about how Sabelo’s love of the beautiful game began. We also get to see where he started playing football as a youngster in Sebokeng, as well a visit to his school in Soweto where he spent 5 years as a teenager. This My Kasi segment will surely make viewers fall more in love with the exciting attacking midfielder.

In these difficult economic times that we live in, Kaizer Chiefs made another groundbreaking announcement in the last fortnight with partners Toyota coming on board as the team’s sleeve sponsors. The crew was on hand to capture this huge announcement that took place at Toyota’s head offices in Sandton. We show some never seen before footage and activities from the event. Our Marketing and Commercial Director Jessica Motaung tells us what this sponsorship means to the Club.

We will also see the return of the popular feature known as Player at your doorstep in this episode. Be sure to catch the show to see which of the Kaizer Chiefs stars knocked on one of our lucky supporter’s doorstep to deliver their package after placing their order online at  www.kcdigistore.com. This segment will feature often as supporters continue to buy their favourite Amakhosi merchandise online.

Lastly, we catch up with the Football Department leadership for an update and to find out what their views are on the goings-on on the field and catch an update on the season thus far. We get views from the Sporting Director Kaizer Motaung Jr, Head of Technical Molefi Ntseki and Football Manager Bobby Motaung on how far we’ve come in terms of planning and what the rest of the season is likely to produce for us.

Make sure to catch this well-put-together show as it airs on the PSL Channel on SuperSport 2, DStv channel 202 this afternoon at 17:00.

Kaizer Chiefs’ social media platforms will share details of the reruns of the show during the course of the month of March 2022.