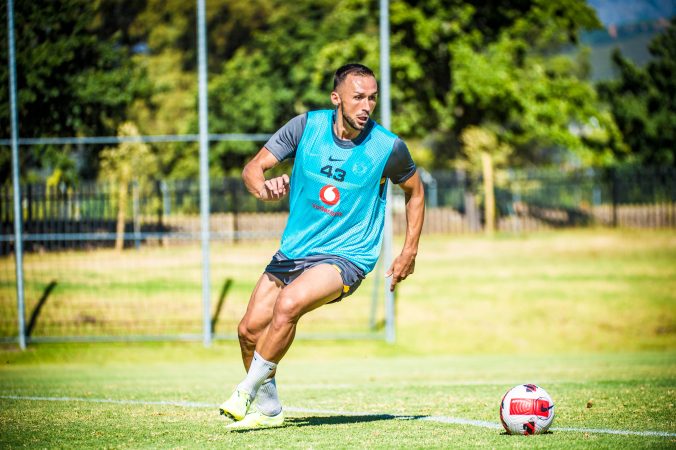 Kaizer Chiefs striker Samir Nurković has spoken of his huge relief and delight at getting back on the scoresheet after his very “challenging” injury troubles.

The Serb sharpshooter was overjoyed to get on the end of a flowing Chiefs move at the Nelson Mandela Bay Stadium, as his neat near post finish helped Chiefs to a convincing 3-1 win over Chippa United on the road in the DStv Premiership this weekend.

“The team prepared very well for this game and everything went as we had planned. I am very happy to be back on the scoresheet. We just have to continue with this fighting spirit and with this kind of performance and everything will be fine for us,” Nurković told www.kaizerchiefs.com after the game.

Expectations of Nurković were sky high after his fantastic goalscoring exploits since he joined Amakhosi, but a tear in his lateral meniscus during the club’s CAF Champions League campaign last season meant he needed surgery at the start of this season and missed a huge chunk of the campaign.

It was a huge blow to Amakhosi, who missed not only the Serb’s goals, but his wholehearted performances, passion and aggression in the opposition penalty area.

“We have to be realistic. I’ve been through some challenging times after surgery. I was working very hard on my mental state and on my physique. Things are coming back in the right way once again. I just want to do my best in every game and to get back to my best to help the team in the best possible way,” said Nurković.

Now, he is looking ahead to facing old foes TS Galaxy in a home DStv Premiership fixture on Tuesday at FNB Stadium.

“We have to respect every opponent. Football is getting better and better each year, everything is at a higher level. We have to look at ourselves and at our own performance, perform to the level we did against Chippa and give the best possible play on the field,” Nurković said as he looked ahead to the Galaxy game.

And he couldn’t resist looking ahead to Chiefs’ upcoming home game against SuperSport United, when fans are set to return to the stadium.

“I personally can’t wait to have supporters and the Amakhosi family back in the stands. They’re like our 12th player and extra motivation for us on the field. As soon as we get them back at the stadium, things will be much better for us,” says Nurković.