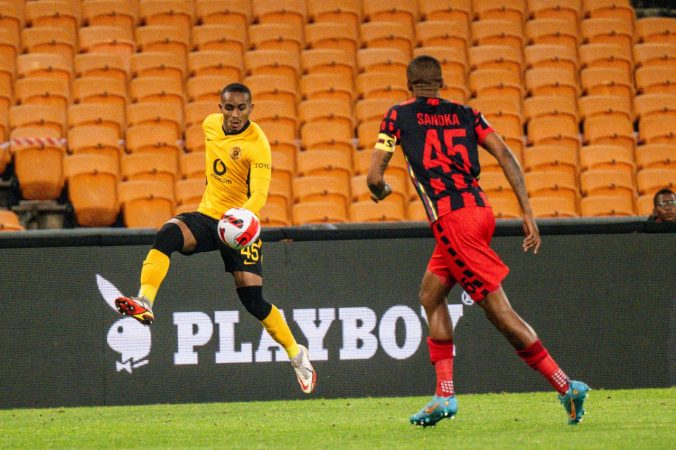 Kaizer Chiefs were held to a frustrating home goalless draw by TS Galaxy in the DStv Premiership at the FNB Stadium, in a game they dominated but were unable to convert their dominance into maximum points.

Chiefs started the strongest of the two sides and Keagan Dolly’s snapshot in just the game’s fifth minute was thwarted by Galaxy goalkeeper Melusi Buthelezi.

A new-look Amakhosi back four of Siyabonga Ngezana, Austin Dube, Ramahlwe Mphahlelele and Reeve Frosler adapted well in marshalling the Chiefs defence in front of Brandon Petersen in goal, as Chiefs continued to probe for the game’s opener.

As he has often been this season, Dolly was Chiefs’ most industrious player and biggest attacking threat and in just the 12th minute he fizzed another shot on goal that went over the crossbar.

It was Dolly against Buthelezi in the opening half hour, as the Rockets keeper was quick off his line and needed to be alert to get to a dangerous ball just ahead of a lurking Dolly in the 25th minute.

Dube was called into action a minute later in the Chiefs penalty area as he made a good block to thwart a dangerous Galaxy move.

Just after the half hour mark the visitors had their best chance of the game as Orebotse Mongae unleashed a powerful shot which was brilliantly saved by a diving Petersen, as the visitors showed their threat on the counter-attack.

The visitors threatened again shortly after as Galaxy striker Augustine Kwem this time let rip on goal, the ball deflecting away for a corner off Ngezana.

On 35 minutes Samir Nurkovic used his aerial threat to get in a powerful header which Buthelezi punched away for a corner.

An even first half remained goalless, with both sides showing plenty of attacking threat.

Chiefs again started the second half brightest, with Ngezana’s header going over the bar when the Chiefs defender was in a good position.

Amakhosi were dealt a major blow just before the hour mark when Dolly picked up a booking, his fourth of the season, which means he will be suspended for the home DStv Premiership clash against SuperSport at FNB Stadium on April 16, the first game Amakhosi will welcome fans back to the stadium.

Chiefs coach Stuart Baxter brought on Sabelo Radebe and Nkosingiphile Ngcobo in the second half to add some much-needed attacking impetus, a move that immediately changed the game.

In the 76th minute shot Ngcobo’s shot from range was saved by Buthelezi and with time running out Ngcobo again stepped up with virtually the last kick of the game, which this time had the beating of Buthelezi but which cannoned off the upright and bounced away to safety to agonizingly deny Amakhosi a much-needed three points.

What’s Next – Chiefs are next in action at home on the 16th April in the DStv Premiership against SuperSport United, a game which will see fans allowed back into the stadium for the first time in over two years.