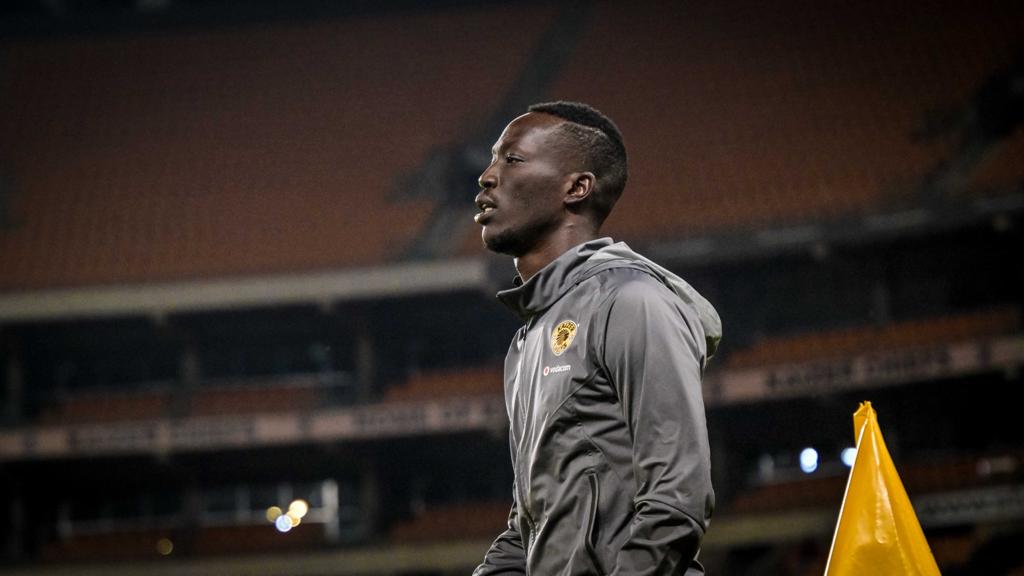 Burundian striker, Caleb Bimenyimana made his Amakhosi debut in the DStv Premiership against AmaZulu on Saturday, coming off the bench to play a 20-minute cameo at the end of the goalless draw at FNB Stadium.

The Club’s new signing’s eligibility to play was delayed until his work permit approval was confirmed last week and the lanky forward was delighted to be finally named in the squad for the Usuthu clash.

“I was excited to find out I’d be in the squad and when I got to the game I could see how excited the fans were to see me. It made me feel good about the Club and its supporters,” he says. “Together with all the staff I hope we can do something good like we said during the camp.”

In the lead-up to making his bow for one of the most prestigious clubs on the continent, Bimenyimana thought mainly about putting in a good performance in front of his new fans for the first time.

“There was a lot of excitement from my family and the fans so on the way to the stadium I was just focused on wanting to bring something more to the team to help us win the game, but we were unlucky, somehow,” he reveals, adding, “Sunday I hope we win and play good football.”

During his warm-up moments before coming on in the second half, Bimenyimana got to engage with the Chiefs fans for the first time, an encounter which pleasantly surprised him.

“I have never experienced anything like that,” he says with a big smile. “I got even more excited to play. It’s difficult to explain. When I heard the fans cheering for me I was even more focused on doing well in the game. When I got on the pitch my first touch of the ball was good. I gave it to KG (Kgaogelo Sekgota) in some space, which gave me confidence.

“I still feel I can do better though. I always want to improve. In the game, I was a second out of time when Keagan (Dolly) gave me the ball and I was offside so those are the small things from the game, like timing, that I will work on,” he says.

Having played all over the world, Bimenyimana rates Chiefs as the Club with the best infrastructure and stability he has been at.

“Everywhere I have played, in Europe or Africa, I have been at the top club in that country but I feel that here in South Africa people love football more. They live it. It’s something special for them,” he says. “I knew of Kaizer Chiefs before. It was my dream to play here because you had Valery Nahayo, the defender, who was captain of our national team so when, at training, I saw videos of him at Chiefs I said I want to go play in those full stadiums.”

The Bujumbura-born star has been finding his bearings in his new hometown, Johannesburg. ‘I feel good here. Sometimes I go shopping at the mall and feel comfortable where I am staying so it’s beginning to feel like home. My family is yet to join me but everything is ok at the moment. I am happy,” he concludes.

It is good news for all Kaizer Chiefs supporters who hope to see him banging in the goals on a regular basis for the mighty Black & Gold.