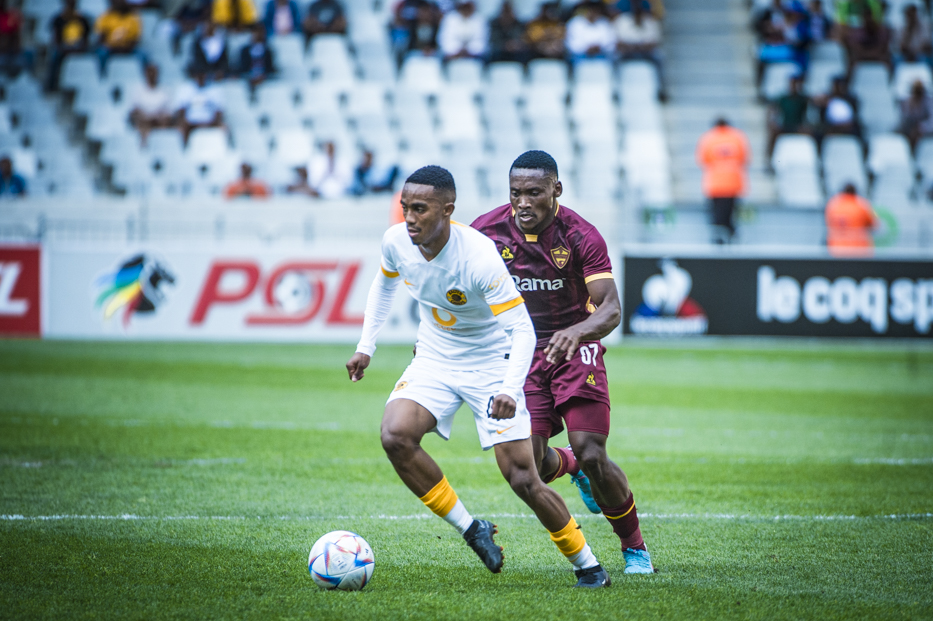 Njabulo Blom’s performance at the base of the Kaizer Chiefs midfield was a key factor in Amakhosi’s first away win in the league against Swallows midweek, a result he feels could provide the springboard to go on a run of victories.

The 22-year-ols is pleased that his good form has coincided with an upturn in Chiefs’ fortunes and is keen to capitalise on the situation.

“At the moment I’m well. I’m happy to have been able to help the team get maximum points,” he says, “In some of the other games I wasn’t happy because we felt like we deserved maximum points, but in football you can win lose or draw and right now I’m just happy to be helping the team in getting the points (against Swallows).

Much discussion has surrounded what the versatile Blom’s best position is, but the player himself believes it is beneficial to be able to perform a variety of roles for the team, “Last season the coach played me as a right-back and then Coach Zwane said he wanted to play me in midfield, so I think it’s better to adapt quickly as a player and focus on the position you are playing. For me, I think it’s kind of great to play as a ‘6’ (defensive midfielder) but I also enjoy playing as a right-back. I enjoy both positions,” he says.

Despite his responsibilities being essentially defensive, Blom, who has never scored a senior goal in professional football, says he still dreams of one day seeing his name appear on the scoresheet. “I think every player has ambitions to sore a goal. It’s a great feeling to see my teammates score, so I just imagine how great it would feel if I scored a goal. I try to put myself I good positions in games but, obviously, I must also respect my position, respect the roles that the coach gives me… but it’s something that I’m looking forward to.”

This Sunday would be a good time to break his duck, although Blom is by no means anticipating an easy ride in Cape Town.
“I think Stellenbosch are a good team, and you know us and Stellenbosch, it’s always a fight,” he smiles, “So I think we’ll go there, give our best and try to get maximum points.

“We’ll go there knowing very well that they are a hard team to play against. They have quick, nippy players. They like to use their wing-backs who are good at crossing the ball. Overall, they are a good team. Their midfielders are comfortable on the ball and strong in every department.

“I think they will be motivated after we beat them in the MTN8 quarterfinals, so we expect them to try and come at us. But we will also give our best and, as I said, try to get maximum points to help us keep on moving forward.”

Blom, a full international who was not called up to the latest squad, is likely to come up against, Sibongiseni Mthethwa, one of the midfielders Hugo Broos opted for instead, for the matches against Sierra Leone and Botswana. However, the Amakhosi star takes a philosophical view of the matter, admitting, “Sometimes as a player, you do think about those things. Obviously, you have to respect him because he got a call-up, which means he’s doing well, but” he adds, “to be honest, you don’t go into a game focused on things like that. You want to play your own game and win your ‘1 v 1’ battles against a Bafana Bafana player. Hopefully then, they select you in the next Bafana Bafana squad. It’s that competitive edge, in that you respect him as a Bafana Bafana player but also you give your best on the field against him.”

Amakhosi currently fifth in the league, and a victory over the team a place below them would take them closer to where they are aiming to progress. Blom and his teammates are committed to taking the Club to the level they believe they belong.

“It’s still early in the season but we feel we should be higher on the log. It’s something that we are working on. We are working very hard on collecting maximum points going forward in order to be up there with the leading teams,” he concludes.

The DStv Premiership encounter kicks off 15:30 on Sunday at the Cape Town stadium.