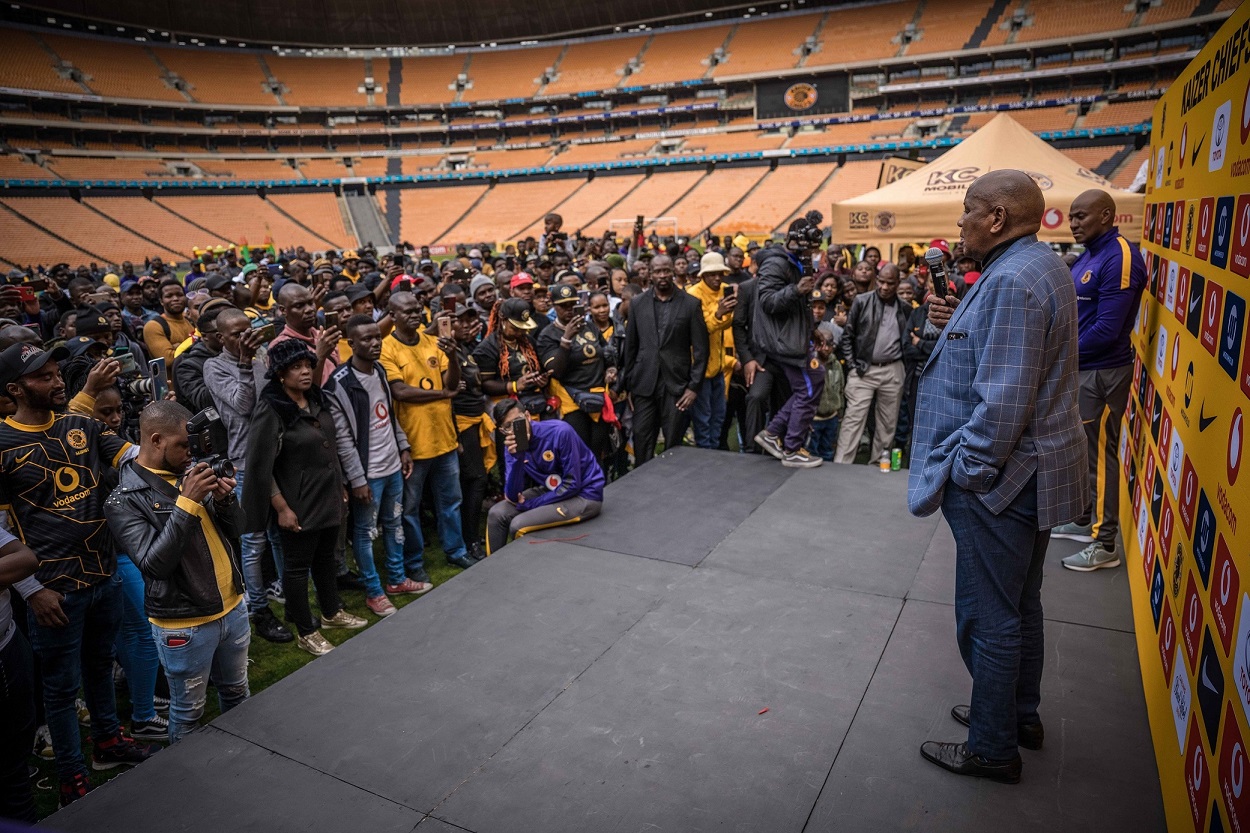 With the mercury rising as we say goodbye to the cold winter, KCTV welcomes the spring with another bumper episode of our monthly magazine show – filled with lots of exciting content that’s exclusive to Kaizer Chiefs - which will premiere this evening on SuperSport.

In keeping with tradition, the Club launched their new season’s jersey ahead of the new season and we are pleased at how it has been well received by many supporters. On the show, we go behind the scenes to see all the work that was done with the players, celebrities and models who were part of the launch of these beautiful home and away jerseys. We also interview participants who reveal their favourites between the home and away kits.

Apart from the jersey launch, the Club also hosted supporters at the home venue, the FNB Stadium for what was termed the Amakhosi Family Day. Supporters gathered in numbers to buy their jerseys, got them printed and signed by their favourite players. All Amakhosi fans who were in the stadium got to meet all the players and the technical team during a memorable day filled with a variety of fun activations, such as photoshoots, entertainment, games and prizes courtesy of sponsors Toyota and Vodacom. Buy season ticket Here!

One of the highlights of this month’s show is the Chairman, Kaizer Motaung’s graduation ceremony. The event took place towards the end of July at the University of Cape Town. The ceremony that saw Chincha Guluva receive his honorary Doctorate was attended by the academic community, politicians and Amakhosi supporters. The episode will show interviews with the relevant people who were instrumental in ensuring that Dr. Kaizer Motaung accepted his honorary doctorate. We also look at Dr. Motaung’s arrival back at the Village after his important trip from the Mother City.

Since the start of the season, the team has seen huge attendances at the matches played both home and away, including two sold-out games in Durban. We look at the Durban experience where Kaizer Chiefs hosted Richards Bay FC at Moses Mabhida Stadium where, beforehand, we visited supporters in Umlazi with KC Mobile and KC Retail and they got to win prizes and meet some of their favourite players. We also go inside the sold-out stadium to experience the enjoyment of the supporters up close.

Another regular segment is My Ink, where players and members of the technical team take us through their tattoos and the meanings behind their ‘tats’. This month we visit the tattoo studio with attacker Keagan Dolly, who explains the interesting artwork on his body. It will reveal a lot about Amakhosi’s jersey number 10.

We also recommend that Amakhosi supporters watch the Heritage month episode of the KCTV show, which premieres on the PSL Channel on SuperSport 2, DStv channel 202 this Thursday at 18:30, with the first repeat at 21:00.

Kaizer Chiefs’ social media platforms will provide details of the reruns of the show during the course of the month of September.