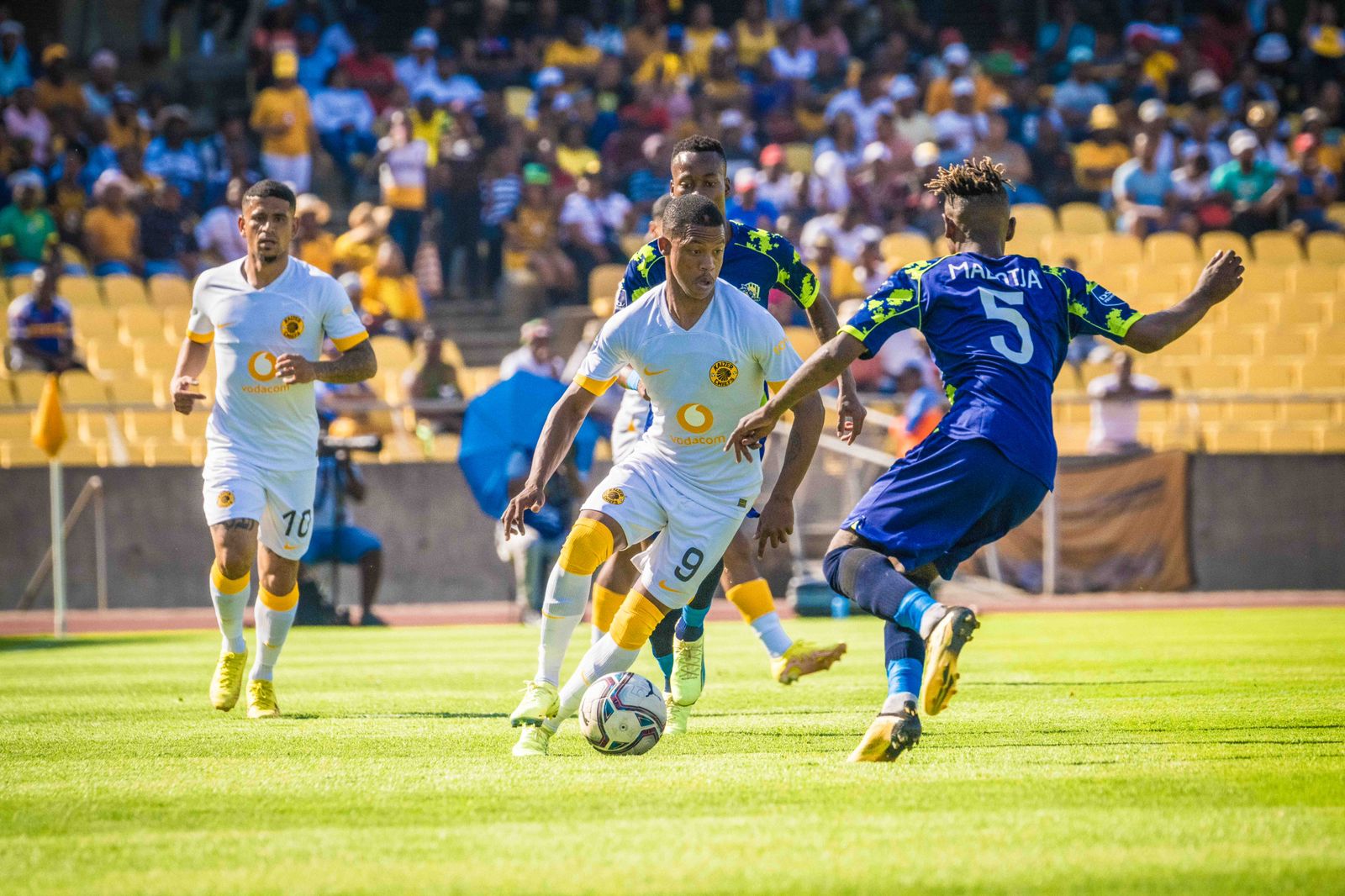 At the Royal Bafokeng Sports Palace

It was an all too familiar story of plenty of possession for Kaizer Chiefs but too little final product, as Amakhosi were held to a frustrating 1-1 draw on the road by Marumo Gallants.

Coach Arthur Zwane cut a disappointed figure as his side failed to return to Naturena with the maximum points they badly needed as their slow start to the season continues.

Chiefs started the game with a number of enforced changes, but still fancied their chances against the DStv Premiership basement-dwellers heading into the game.

The sides sparred and sized each other up like boxers in the opening stages of the game, wit neither showing any real intent or ascendancy.

Chiefs exquisitely engineered the first chance of the game in the 10th minute, beginning with Keagan Dolly’s infield ball to George Matlou, whose delicious first touch through ball scythed open the Gallants defence and allowed Kgaogelo Sekgota a clear run on on goal. However, with just keeper Isma Watenga to beat, the Chiefs left-winger skied his effort over the crossbar when more composure was needed.

That miss would become even more significant minutes later when Gallants punished Chiefs with their first meaningful attack of the match.

After picking up the ball in midfield, Gallants captain, Phillip Ndlondlo played an innocuous looking ball forward for Mahlatse Makudubela, but a deflection off the knee of Zitha Kwinika saw the ball fall perfectly into the path of the Gallants winger, who made no mistake with a first time half-volley that beat Itumeleng Khune and nestled in at the far post.

It was a goal that came out of the blue against the run of play; hardly the start Chiefs were looking for.

In the 14th minute Dolly played a ball to Dillan Solomons, who had found space in the opposition penalty area, but the right-back hit his shot wide of goal into the side netting.

Dolly, as always, was Chiefs’ most inventive player and his set pieces looked their most likely threat throughout the game.

In the 18th minute, a Dolly free-kick curled into the box from the left was met by Chiefs centreback Njabulo Ngcobo, whose tame header was on target but comfortably saved by Watenga.

Just three minutes later, Ngcobo’s head was more conventionally used in defensive mode in his own penalty area, as he blocked a goalbound header from Ivorian striker Junior Dion.

As the game wore on, neither side really created any clear-cut openings, with Chiefs’ midfield of Yusuf Maart, Siyethemba Sithebe and Matlou sticking to their defensive duties well, but save for Matlou’s early touch to play through Sekgota, they were largely ineffective in creating openings for lone striker Ashley du Preez up front.

In the 40th minute Sekgota did lay off a ball for du Preez, whose shot from range went wide of goal, one of Chiefs’ few sighters in the first half.

Looking for more penetration and a focal point to Chiefs’ attack, Zwane sacrificed midfielder Matlou for Burundian striker Caleb Bimenyimana at half time.

In the 50th minute Yusuf Maart tenaciously won the ball back from Gallants deep in his own half and unleashed a long upfield ball for Bimenyimana, who put keeper Watenga under pressure and caused some anxious moments for the hosts, before they eventually cleared the danger.

In the 65th minute Gallants were reduced to ten men after Ivorian midfielder, Olivier Toure was sent for an early shower when he was shown a second yellow card by referee, Thokozani Mkhize for a clumsy late challenge on du Preez – the Ivorian had already picked up a first-half booking for a needless foul on Sekgota.

Chiefs brought on Kamohelo Mahlatsi for Dolly late in the game as they went in search of an equaliser.

In the 80th minute Solomons made a good run down the right flank and squared for Maart, who had a good sight on goal from the edge of the box, but, leaning back, fired his shot well over the crossbar in what was his last act of the game before he was replaced by Njabulo Blom.

In the 83rd Sekgota used a bit of guile to draw a foul from Thato Khiba, with S’fiso Hlanti stepping up to take the set piece.

The Chiefs left-back swung in his cross, which was flicked on towards the back post by Sekgota where Kwinika produced an emphatic header into the roof of the net for the equaliser to atone for his part in the Gallants opening goal.

Both sides had their half chances to win the game late on, but it wasn’t the frenetic finish needed from either team to produce a winner as they settled for a share of the spoils.

The draw disappointingly drops Chiefs into the bottom three on the log, just a point above Gallants, who lift themselves off the foot of the table above Sekhukhune United.

Next match: Kaizer Chiefs next host SuperSport United at FNB Stadium on Saturday 17 September at 20h00.