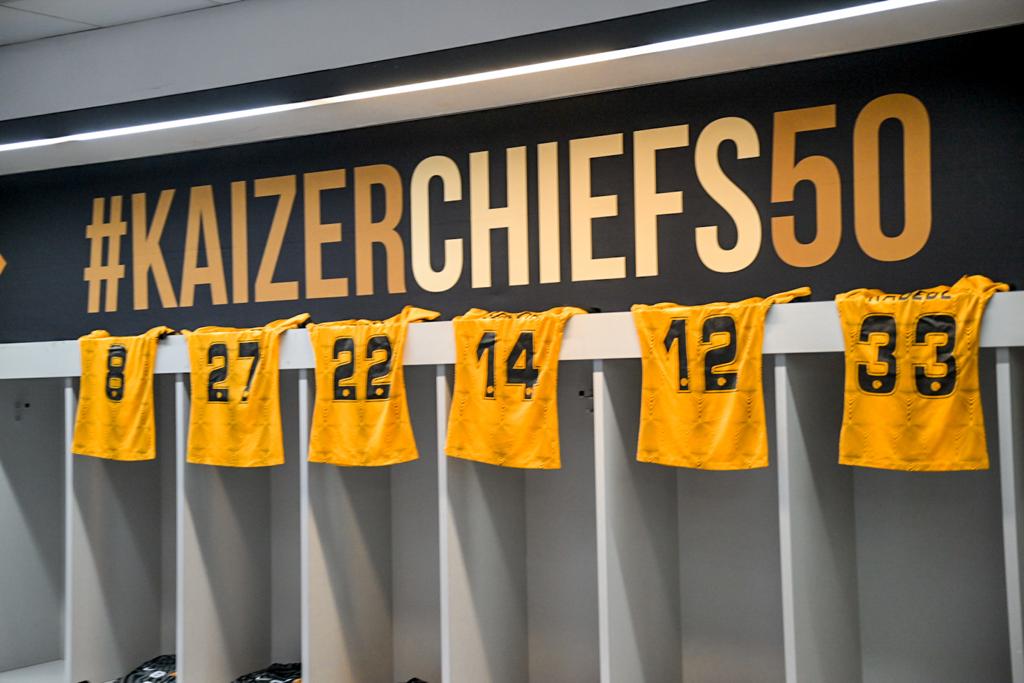 Kaizer Chiefs are in the nation’s capital this afternoon for a big DStv Premiership and sold-out match against the defending league champions Mamelodi Sundowns.

There’s been huge anticipation and build-up to this highly anticipated game. Supporters have also responded by quickly snapping up all the 40 000 tickets that were on sale for the match.

The Phefeni Glamour Boys are in high spirits following an emphatic 3-0 win over Maritzburg on Tuesday and Sundowns are looking to bounce back after the defeat they suffered at the hands of TS Galaxy on Tuesday.

Both teams have collected three points from the two matches played in the new season.

Chiefs welcome Phathutshedzo Nange back from suspension but will not be happy as Lehlogonolo Matlou is out due to an injury suffered in the last match. Another player who is missing from the line-up is the speedy Ashley Du Preez who got injured at training.

Matlou is replaced by Njabulo Blom in the midfield, while Cole Alexander comes in for attacker, Du Preez.

Chiefs will apply a 4-4-2 formation for this afternoon’s match.

Bruce Bvuma continues between the sticks for Amakhosi.

The defence is unchanged with Revee Frosler on the left, Dillan Solomons on the right, with Zitha Kwinika and Siyabonga Ngezana partnering at the centre of Amakhosi’s defence.

In midfield, Alexander is joined by the versatile Blom in the defensive role, while Siyethemba Sithebe will work with Yusuf Maart just behind the strikers.

Tuesday’s second goal scorer Keagan Dolly will work with the man who provided two assists in the last game, Khama Billiat, as they lead the attack for the Chiefs.

Official are international referee Victor Gomes, who will be assisted by Moeketsi Molelekoa and Athenkosi Ndongeni. The fourth official is Abraham Mashala.

The Glamour Boys’ third DStv Premiership match of the season against ‘Bafana Ba Style’ will kick off at 15:00 at Loftus Stadium in Tshwane.

For those who will not be in the stadium, the game will be live on SuperSport’s PSL Channel 202 on DStv, SABC 1 and various SABC Radio stations, with regular updates of the match on Twitter @KaizerChiefs.