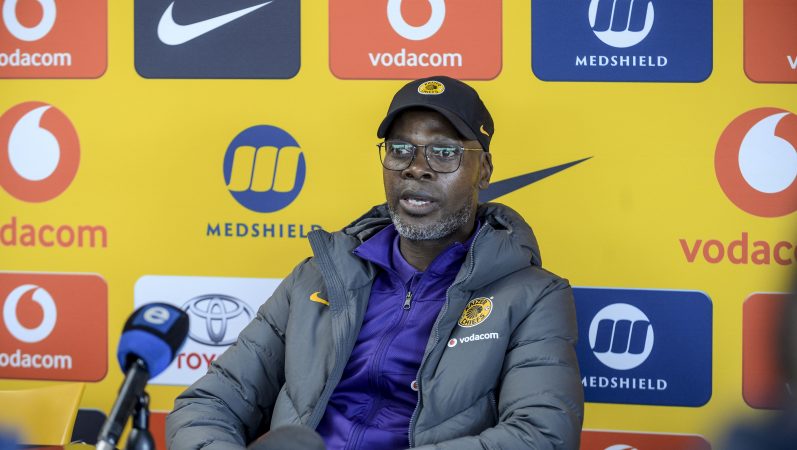 Kaizer Chiefs will look to bounce back from their season opener defeat against Royal AM when they meet Maritzburg United in first DStv Premiership home game of the 2022/23 season on Tuesday at FNB Stadium.

“We are still far from where we need to be in terms of fitness and preparations. These things take time and we need to be patient as we don’t want to confuse the players, coach Arthur Zwane said ahead of the Maritzburg game.

“What I saw on Saturday gives me a lot of hope because there are good signs in terms of understanding from the guys and how they applied themselves,” Zwane added.

Five new players got a run in the game and the Chiefs coach believes they gave a good account of themselves in front of a sold out stadium.

“The new guys did well. Wearing a Chiefs jersey and playing in a stadium that’s packed to capacity isn’t easy. Siyethemba Sithebe did well considering he’s been out for some time. We need players who can dig deeper. Yusuf Maart is a special talent, Zitha Kwinika was solid at the back and Dillan Solomons came on in the second half and was impressive. We still need to work on the guys on combination play,” says the coach about the new troops.

“Du Preez had a good game, it’s a pity he couldn’t take the chances, but we are happy he got into those goalscoring positions. It’s important if you are a striker for the defenders to feel your presence and that’s what we got,” said Zwane.

Chiefs managed a double over Maritzburg last season and are looking to continue in the same vein.

“We are playing a team that’s looking at rebuilding and we know they want to do well. They have a new coach and we will see how they approach the game. We watched their match on Saturday, but will analyse further before we play them so we can see where the loopholes are,” concludes Zwane.

Tickets for the first home game of the season against the Team of Choice are available online at www.ticketmaster.co.za or physically at Computicket at R60 per ticket.

KC Retail will be available from Gate M where supporters will buy their new jerseys and get them printed.