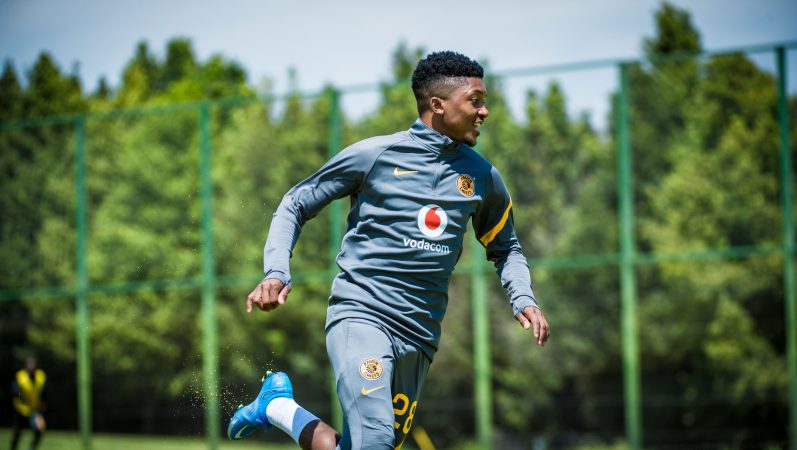 He’s an entertainer, electric, exhilarating and it was great to see Dumsani Zuma back on the pitch again this weekend after 10 long months out with a nasty knee injury.

Amakhosi’s attacking winger made a welcome return as a second half substitute against Stellenbosch away in the DStv Premiership, to the delight of Chiefs fans.

“It was a great feeling to be back on the pitch again. I haven’t been playing for the past 10 months and I felt the nerves. I was scared a bit, it’s been long since I played, but after 10 minutes in the game everything felt fine,” Zuma told www.kaizerchiefs.com as he reflected on his long-awaited return to Amakhosi’s match day squad.

Zuma has been unfortunate with injuries since joining Chiefs from Bloemfontein Celtic in 2017, but he has shown his quality with 12 goals and 11 assists in his Chiefs career.

“The first ball I received I was thinking to play it safe and not make mistakes, but after a few minutes I was comfortable and could be the Zuma people know,” says the attacking Amakhosi winger.

He had a sight on goal in his second half appearance but unfortunately was not able to help Chiefs turn around the 1-0 deficit against Stellies as they fell to back to back league defeats.

“We wanted to win the game, the team played well, but we will take that performance to the next game and I am confident we will win it. The preparations have gone well. Golden Arrows beat us in Johannesburg and we are going to Durban for a win. But we know Golden Arrows like to drop back us and catch us on the break. It’s going to be a tough game, but we are ready for it,” he concluded.