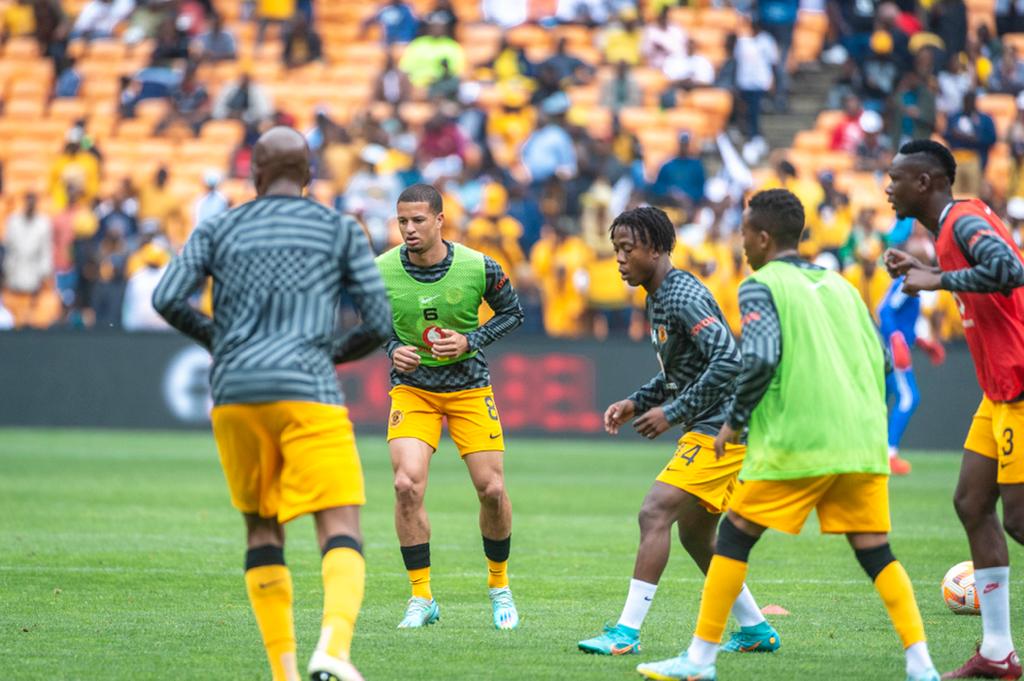 At midday on this wet Saturday in Johannesburg, Soweto giants Kaizer Chiefs and Orlando Pirates lock horns again after having met three weeks ago in the DStv Premiership. Today’s game is part of the once-off all-day Carling Black Cup tournament, where four teams battle it out for the championship crown and a R2-million winners’ cheque.

Participating teams ‘qualify’ through Carling’s voting procedure that enables supporters to vote for their favourite four teams out of the 16 Premiership Clubs. Kaizer Chiefs, Orlando Pirates, Mamelodi Sundowns and AmaZulu FC received the most votes.

Supporters were also entrusted with selecting the starting XI’s for each of the team, as well as selecting a captain to lead their line-ups.

Chiefs will battle Pirates for a place in the final, where they will meet the winners of the first semi-final between Mamelodi Sundowns and AmaZulu, which kicked off at 9:30.

Coach Arthur Zwane has a tough job to construct a team from the players elected by the fans. His biggest headachace will the the unavailability of Itumeleng Khune, Njabulo Blom, Caleb Bimenyimana and Siyethemba Sithebe, due to injury and illness.

Another challenge is the rainy weather which is likely to make the pitch heavy for the players. The coaches will, however, be happy that they are allowed to make six changes for the out-field players plus one for the goalkeeper.

Zwane has opted for a 4-3-3 formation again this afternoon.

With the injured Khune dropping out of contention early on, Brandon Petersen will be in goal for Amakhosi.

Mulomowandau Mathoho, Njabulo Ngcobo, Edmilson Dove and S’fiso Hlanti will form the back four for the Glamour Boys. With no natural right-back selected by the fans, Coach Zwane will have to be creative with how he sets up his defence.

Phathutshedzo Nange partners Yusuf Maart in midfield, with Nkosingiphile Ngcobo operating slightly ahead of them.

Khama Billiat will be up front.

Dolly will captain the team, as voted for by supporters.

This afternoon’s match officials are referee Thando Ndzandzeka, with Kenny Mamegwa and Kgara Mokoena as his assistant. The fourth official is Jimmy Kgaphola.

The Glamour Boys and the Buccaneers will kick off the Carling Black Label Cup Soweto Derby clash at 12:00 at FNB Stadium in Nasrec. The match will be live on SuperSport’s PSL Channel 202 on DStv, SABC 1 and various SABC Radio stations, with regular updates of the match on Twitter @KaizerChiefs.