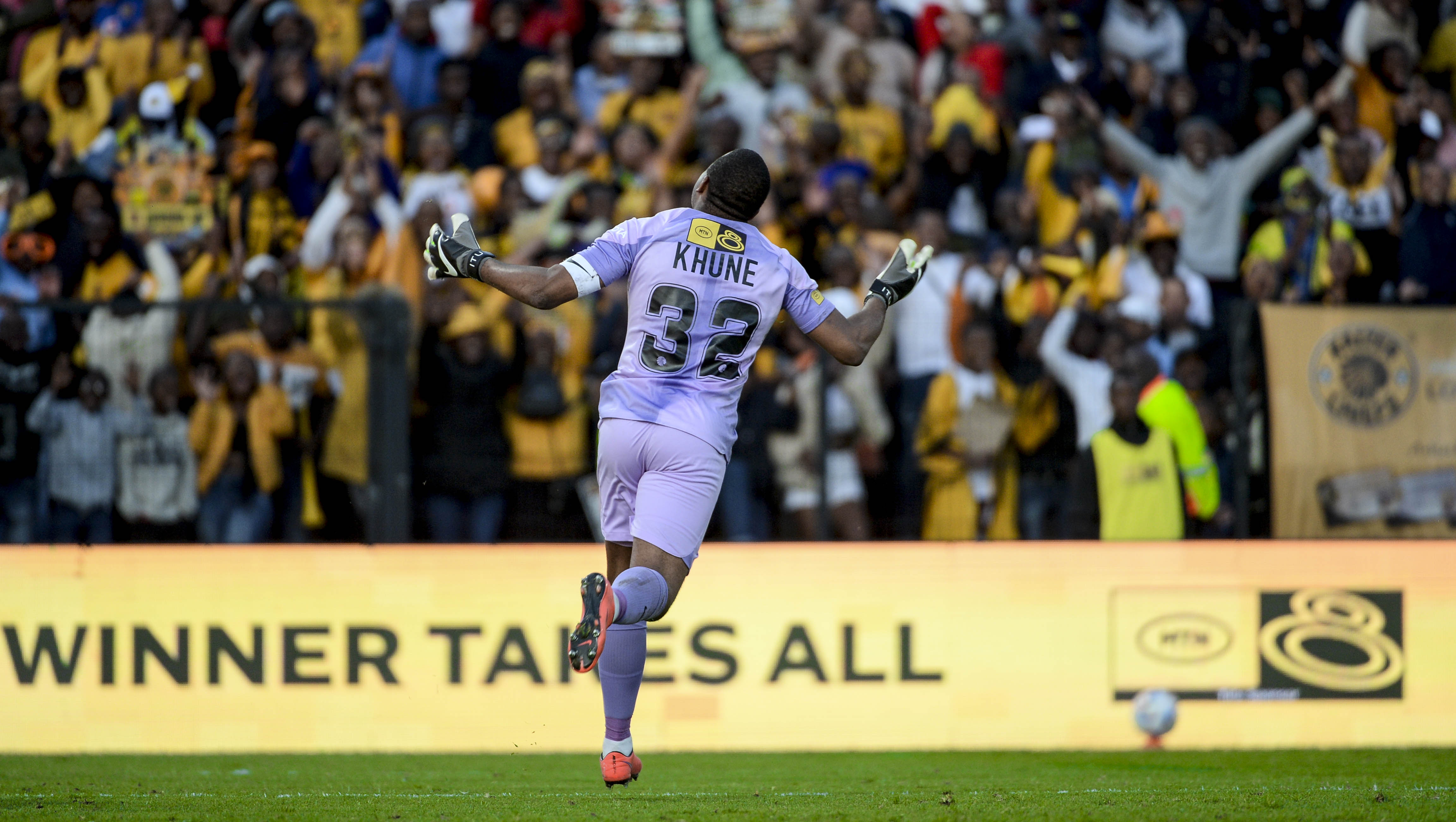 Itumeleng Khune rolled back the years in his first start in over a year and was Kaizer Chiefs’ match winner when he saved two Stellenbosch spot kicks in the penalty shootout after a titanic game to send Amakhosi into the MTN8 semi-finals.

It was a hard-fought victory for Chiefs in an absorbing game played in front of a packed stadium, with the game kicking off late due to swarms of Chiefs supporters making their way into the ground.

Chiefs have had sluggish starts in their league campaign to date, but they were much quicker out of the starting blocks here in the Winelands and had the better of the early exchanges.

In the 10th minute, though, Kgaogelo Sekgota was caught in possession by Sibongiseni Mthethwa, who played a quick through ball behind the Chiefs defence for Junior Mendieta, who fluffed his lines and miscued his shot with the Chiefs defence at his mercy.

There were plenty of intriguing battles all over the pitch in a tightly contested encounter, with Mendieta’s tussle down the Chiefs right flank with Dillan Solomons an intriguing one to watch.

And on the other side of the pitch, it was Sekgota’s battle with Deano van Rooyen down Chiefs’ left flank which was another feisty one to keep an eye on.

The capacity crowd delighted in the return to the pitch of fan favourite Khune, who has repeatedly said he was not done with the Chiefs jersey, and who now extends a special club record of featuring at least once in 16 consecutive seasons for Amakhosi.

In the 26th minute Khune the entertainer came out to play after Stellenbosch centre back Oshwin Andries had the temerity to try and lob him from inside his own half, the veteran Amakhosi keeper delighting the crowd by chesting the ball coolly down from underneath his goalline and tapping it nonchalantly out to safety to send the fans into raptures. 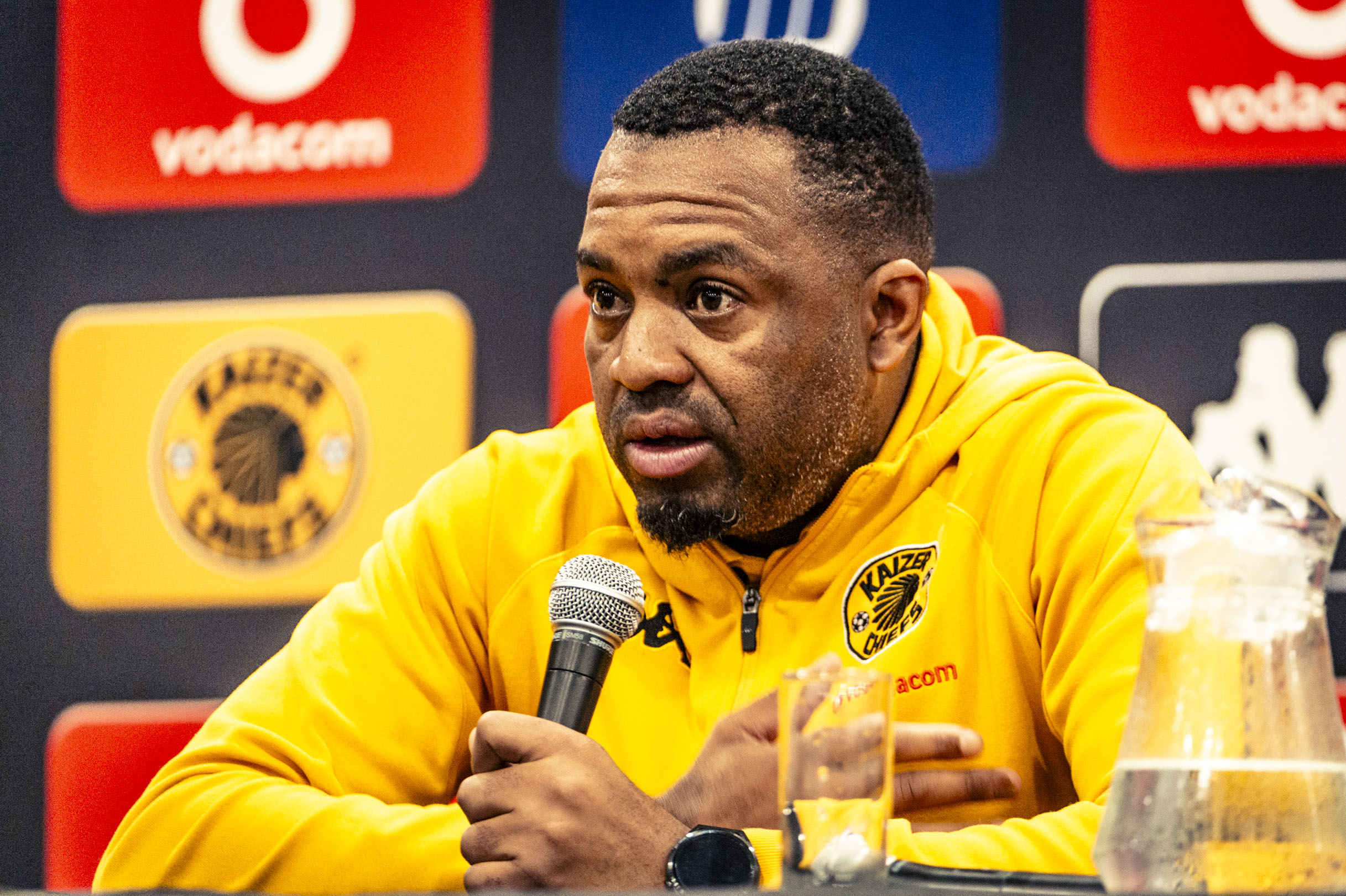 A minute later, though, it was nearly a different story when Nhlanhla Mgaga swung in a dangerous set piece from the right, with Sihle Nduli evading the Chiefs defence and getting to the ball first, his thumping header striking the frame of the woodwork between the upright and crossbar and thudding out to safety.

In the 29thAshley Du Preez finally had Chiefs’ first real shot in anger when Sekgota - on the front foot this time - swung in a good cross from the left which fell to space deep in the Stellies box for Du Preez, who was unable to keep his volley down and sent his shot into the stands.

The sides went into the break goalless, with the home team enjoying the bulk of the possession and the chances in the first half.

Soon after the restart Chiefs were yet again this season punished by a lack of defensive concentration at the back, with Njabulo Ngcobo carelessly caught in possession by midfielder Jayden Adams, who squared the ball for Nduli who had the simplest of tap-ins past Khune to give the home side the lead in the 47th minute.

In the 58th minute, however, it was Stellenbosch’s turn to hand out the early defensive Christmas presents, when keeper Lee Langeveldt put his defender Andries under pressure when trying to play out from the back, the youngster under-hitting his return pass to his keeper and allowing du Preez to snake in and poke the ball home for the softest of equalisers.

Coach Arthur Zwane had called for more urgency and precision from Chiefs in their final third entries and he would have been disappointed with how few clear cut opportunities they created throughout this game.

Zwane in the 77th minute introduced Nkosingiphile Ngcobo for George Matlou, replacing industry with invention in search of a late winner.

It was the hosts, though, who nearly stole a winner in the 81st minute when from another arrowing Fawaz Bassadien corner, Nduli again got to the header first, glancing his effort onto the top of the crossbar and fortunately for Chiefs out to safety.

There were half chances for du Preez and Ngcobo to win it late for Chiefs and then a contentious moment with virtually the last move of normal time - after eight minutes of additional time had been played - when referee Jelly Chavani seemed to award a penalty against Chiefs for Keagan Dolly handling in the box.

Replays showed the ball clearly hitting Dolly’s midriff area and going nowhere near his hands and the referee rightly in the end reversed his decision.

The game went to extra time, which was largely uneventful save for substitute Cole Alexander’s free header on target ten minutes in which Langeveldt did well to keep out with a sharp save.

The penalty shootout called for a man for the big occasion, and that man was Khune, who - with Chiefs converting all their spot kicks clinically - denied first Stellenbosch’s van Rooyen and then William Likuta in the shootout diving low to his left on both occasions to send Chiefs through and back to Johannesburg with their name in the MTN8 last four hat. 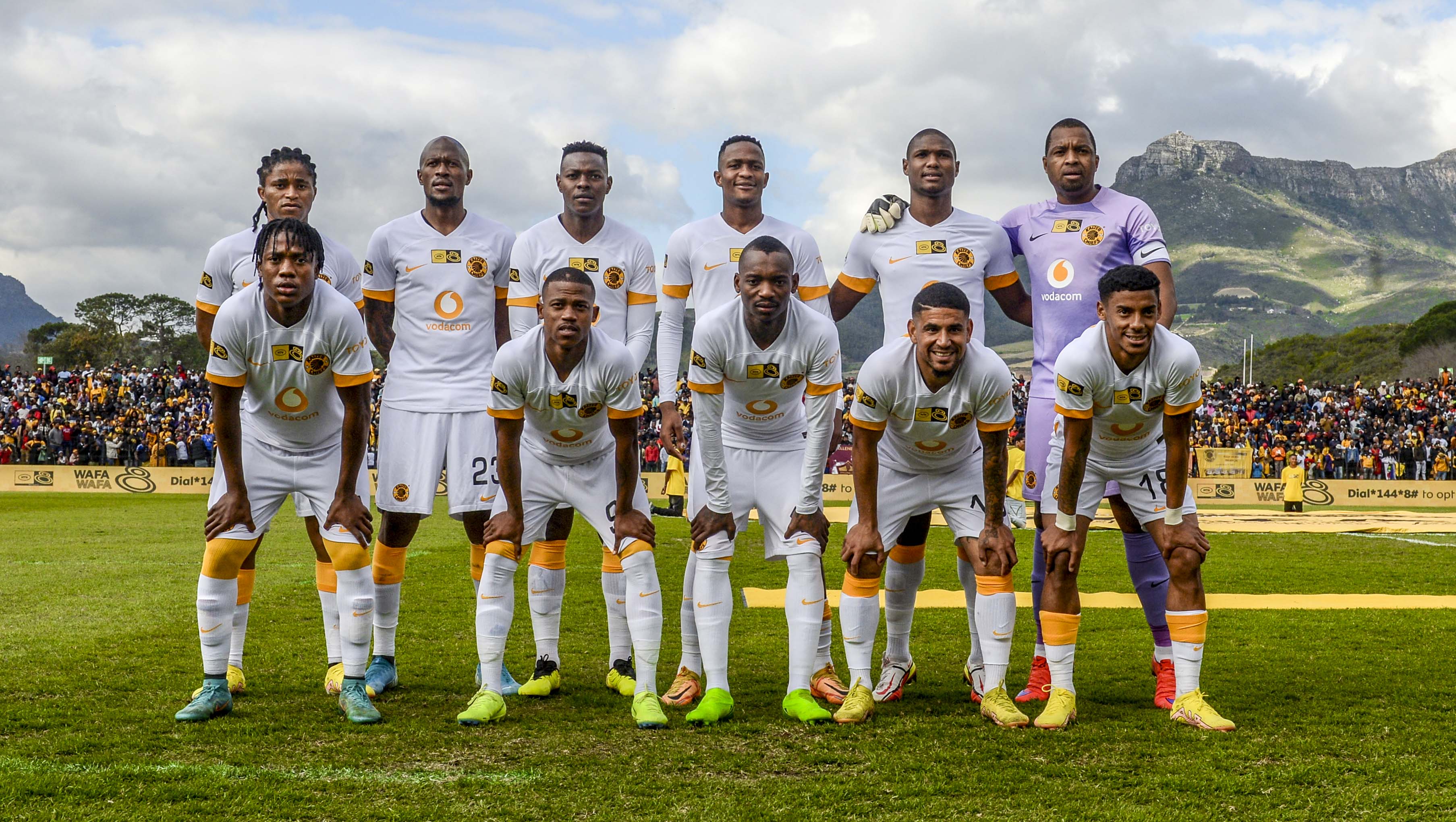 Stat of the match: Kaizer Chiefs now head into their 14th MTN8 semi-final in the PSL era.

Man of the match: Itumeleng Khune for his penalty shootout heroics and calming presence as the last line of defence.

What’s next: Chiefs next face AmaZulu at home at the FNB Stadium in the DStv Premiership on Saturday 3 September at 17h30