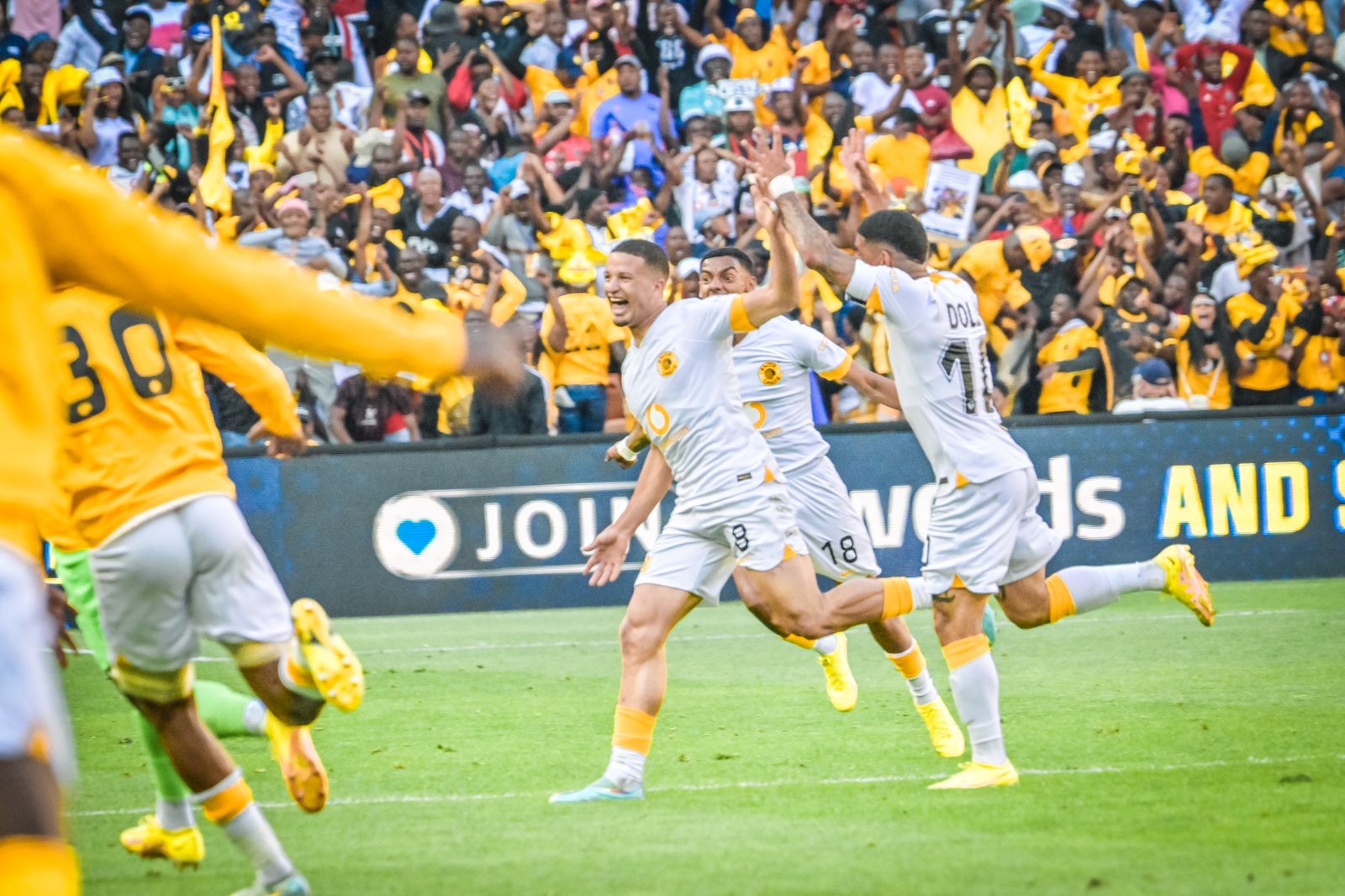 Yusuf Maart scored a goal for the ages to win the 176th Soweto Derby, as Kaizer Chiefs beat Orlando Pirates 1-0 in front of almost 88 000 delirious fans at FNB stadium on Saturday.

The valuable three points move Amakhosi up to fifth spot in the DStv Premiership standings.

Maart’s remarkable awareness and quickness of thought decided the match with a piece of ingenious brilliance. In the 74th minute he picked up a loose ball inside his own half, spotted goalkeeper Siyabonga Mpontshane off his line and - from fully 60 metres out - fired an inch-perfect long-range missile over the keeper’s despairing grasp into the centre of the Pirates goal to instantly register one of the all-time great Soweto Derby goals.

The victory was no more than Chiefs deserved and it cannot be disputed that Coach Arthur Zwane won the tactical battle against his counterpart, Jose Riveiro, whose players were put under pressure and denied space to play throughout by their hungry and tenacious adversaries.

The goalless first half saw both teams largely cancel each other out as they felt each other out and tried to settle amid the pulsating atmosphere inside the sun-drenched Calabash.

Pirates had the early initiative, as would be expected from the home team, but Amakhosi worked their way back into the match as the half wore on, and began to pose a serious threat to the Buccaneers goal, with Nkosingiphile Ngcobo proving to be an inspired inclusion by Zwane. The playmaker looked confident and imaginative as he looked to get on the ball at every opportunity.

At the back, Zitha Kwinika and Edmilson Dove were imperious in the centre of defence, while fullbacks S’fiso Hlanti and Dillan Solomons stifled their opponents out wide, forcing their dangerous wingers inside, and into congested traffic, where the outstanding Njabulo Blom and Maart commandingly protected the back four.

With Amakhosi looking to hit on the break, the best two chances of the first half fell to Ashley Du Preez, whose excellent movement created gaps in the Pirates defence and only goalkeeper Mpontshane prevented him from opening the scoring, whereas Pirates didn’t get a single clear sight of Brandon Petersen’s goal in the opening 45 minutes.

The second half began in similar fashion to the first, with little goalmouth action but plenty of intriguing midfield jousting in the central areas of the park.

On 51 minutes, Kwinika made a bursting run out of defence but couldn’t find Du Preez with his final pass and a short while later Maart shot straight at the keeper following a lightning break by Du Preez.

It was the striker’s last contribution and he was replaced by Kgaogelo Sekgota in the 69th minute. The tricky winger made an immediate impact as he raced down the left flank to pull a dangerous cross back towards Dolly, whose shot was blocked.

Then came the moment that will live long in the memories of all who witnessed it. It was Maart’s first goal in Black & Gold colours, and he’ll be very hard pressed to score another that even comes close to matching his spectacular maiden effort.

After three years of waiting to see a Soweto Derby live again, the massive crowd erupted and the gold-bedecked Amakhosi faithful who packed out the stadium gleamed as brightly as the sun that shone above them in the sky.

The shell-shocked Buccaneers attempted to find a response but were closed down at every turn by Chiefs players who, to a man, maintained discipline and kept their shape with wholehearted commitment to the cause.

Notwithstanding the fierce battle in midfield for most of the match, at no stage did Pirates pose any genuine threat to the Kaizer Chiefs goal and that will please Coach Zwane almost as much as Maart’s magical goal.

This fourth win in succession also marks Amakhosi’s best run of victories in the Soweto Derby since 1991-92, when they won six on the bounce.

That record may yet be bettered.