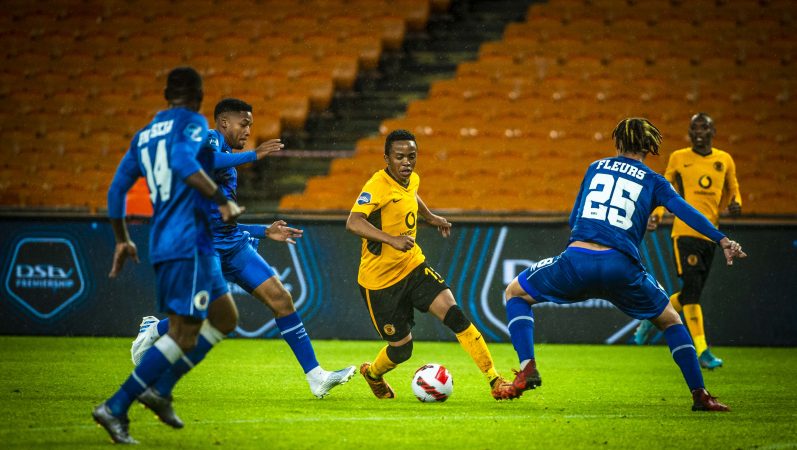 This holy weekend of Easter sees Amakhosi take to the field against SuperSport United who recently parted ways with their coach Kaitano Tembo. This will see Andre Arendse lead the visitors’ bench as he stands in as their coach.

This exciting and historical DStv Premiership match on a very wet and cold evening is Amakhosi’s first with supporters in attendance in over two years.

Chiefs come into the match on the back of a goalless draw against TS Galaxy. Matsatsantsa have been struggling in recent times, picking two points in the last four league matches. They lost their last match to lower divisions side Tshakhuma FC as they got knocked out of the Nedbank Cup quarterfinals last weekend.

Chiefs visited SuperSport United in October at Lucas Moripe Stadium where Bernard Parker helped Chiefs to a 2-1 win with his brace. Chiefs also scored an own goal in that match.

Hosts Amakhosi are 3rd on the standings after accumulating 39 points in 22 games. The visiting team SuperSport United are in 8th position with 31 points after 24 matches.

The Glamour Boys will be without the reliable Keagan Dolly this evening. The attacker picked up his fourth yellow card in the last match against Galaxy. He is replaced by Khama Billiat in the lineup, who returns after serving his one-match suspension.

Tactical changes made by coach Stuart Baxter will see our young Nkosingiphile Ngcobo start the game as he replaces Kearyn Baccus in midfield.

The third change is in defence and will see Autin Dube make way for defensive midfielder Phatutshedzo Nange.

Brandon Petersen is in goal for Amakhosi.

The back four from left to right will have Reeve Frosler, Siyabonga Ngezana, Ramahlwe Mphalehlele and Njabulo Blom.

Cole Alexander will be joined by Nange and ‘Mshini’ Ngcobo in the middle of the park.

Bernard Parker will be on the left of the attack, with Billiat on the right.

Bernard Parker is the captain.

The match between the Phefeni Glamour Boys and Matsatsantsa a Pitori will kick off at 19:30 at FNB Stadium in Nasrec. This will be the first game Amakhosi play with supporters in the stadium since March 2022.

For those who are far from Johannesburg, the match will be live on SuperSport’s PSL Channel 202 on DStv, with live commentary on various SABC radio stations. The Club will also provide regular updates of the action on Twitter @KaizerChiefs.