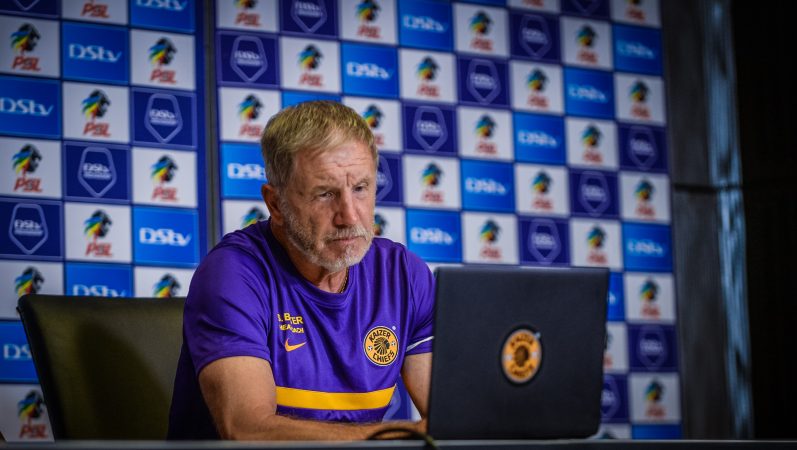 On responding to the Golden Arrows defeat

We were not happy at all with our last performance. Both the players and the staff were surprised by it and absolutely not satisfied with it. We would have liked a game at the weekend to get back on the horse as quick as you can, but that wasn’t the case. We had a few players away on national duty, so it’s been a long trip back. We’ve had to work physically and tactically and circle the wagons again and prepare for the Chippa game. The preparations have looked good, but they looked good before the Arrows game as well. This time we have to make sure we perform on the day.

On what’s needed from Chiefs

If you look at any league in the world, you see results at this time of the season that you can’t explain. We know that is the game, we know what we need to do, which is give a performance of the quality needed to knock over an opponent that is desperate to get the points and desperate to knock over Kaizer Chiefs. The quality of our performance has to be of a nature that ensures there’s no discussion, not that it’s 50-50 and we’re hanging on. It’s got to be a really top quality performance from us.

We’ve lost Tower (Erick Mathoho) this week. He twisted his ankle blocking a shot. Lebogang Manyama broke down with his knees, it’s cartilage trouble and that’s going to keep him out for a while. Cole Alexander has come back; he’s been training for about 10 days. He played in an internal practice game and came through it okay, so he’s available. Leonardo Castro is not available but is back in full training. S’fiso Hlanti had a bit of a setback, but that’s the way it is with Achilles. The scar tissue causes some problems and it feels like he’s damaged it, but he hasn’t, it’s just scar tissue. But he’s got to go back seven days and then start again. That’s the nature of the beast with this injury. But apart from that, we’ve got just about everybody fit.

On the state of the returning international players

We’re looking at the national lads, Keagan and Bruce that came back from France and landed late on Thursday. Are they in the shape to start the game or do we start them on the bench and look at that? We will make a final decision today. Certainly, something we have to think of.

On what to expect from Chippa