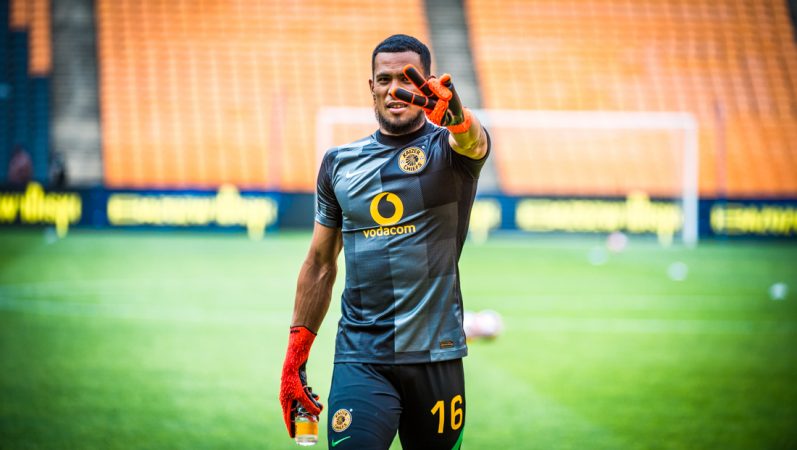 For Brandon Petersen, the thought of Kaizer Chiefs supporters in his football career always meant jangling nerves and anxiety.

The 27-year-old goalkeeper remembers the Amakhosi faithful very well as an opposition player during his six seasons at Ajax Cape Town and his season at Bidvest Wits.

“For me when playing against Kaizer Chiefs you were always excited and nervous about the crowd, because you know the crowd will come out in their numbers and that the atmosphere is amazing. Everyone knows that Chiefs’ supporters are the club’s 12th man,” Petersen told www.kaizerchiefs.com ahead of the long-awaited return of fans to the stadium this weekend, when Chiefs host SuperSport United at the FNB Stadium.

Now that “Beeza” is wearing Amakhosi colours, those nerves are still there, but they’re also accompanied by excitement and the comfort of knowing the vociferous and passionate Chiefs crowd will be on his side this time round.

Petersen has bided his time and dealt with injuries in his Chiefs career since joining the club in 2021, but he has shown his value and importance to the club with some solid recent performances and will be fancying his chances of starting against Matsatsantsa.

Having fans back in stadiums means that communication with his defenders and teammates will be a bit more challenging and that “we won’t even hear ourselves think”, but Petersen believes the fans can only be a positive and that the team has to adapt its mental focus and approach accordingly.

Petersen says the team have been hard at training and putting in the hard yards to ensure they give their best for the fans on Saturday, and is confident Amakhosi can do a league double over their opponents, having beaten them away in the first round.

“Playing SuperSport is never an easy game. They will come out firing. Everyone who plays Chiefs wants to beat us, so we know it’s going to be a good game, a physical game. But we’ve been preparing well. We’re one up on them, hopefully we can make it two,” says Petersen.