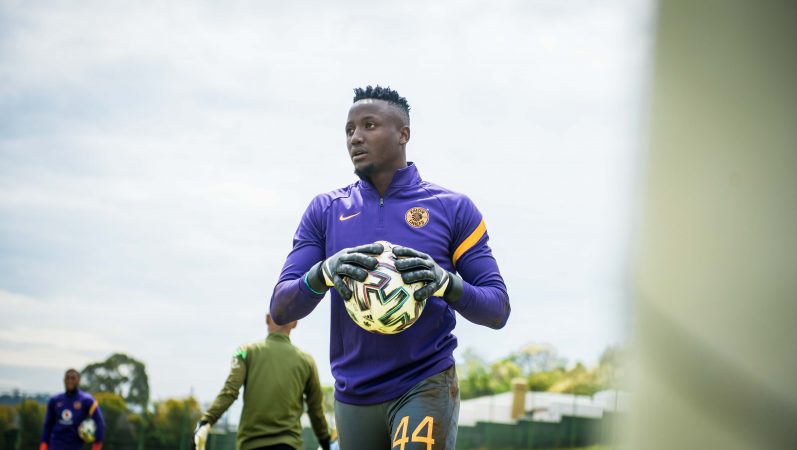 Kaizer Chiefs goalkeeper Bruce Bvuma says they need to go all out and fight for maximum points in their next game which will be against Maritzburg United on Tuesday at FNB Stadium.

The game will be Chiefs’ first home fixture of the 2022/23 season and their second after the away encounter against Royal AM on Saturday.

“Not the start we wanted on Saturday because we wanted maximum points from our first game of the against Royal AM,” laments Bruce Bvuma. “Much as we aren’t happy with the result, I believe we played well, and we need to build on that in the next match.

“We need to focus and ensure whoever takes to the field on Tuesday gives it their all. We need to take our chances, score as many goals and convincingly win the game against Maritzburg. It’s also important for us as goalkeepers to fight for a clean sheet.”

One of Chiefs’ five debutants in the game on Saturday was midfielder Siyethemba Sithebe who managed to play the full 90 minutes after eight months of no competitive football.

“Much as the results didn’t go our way, I’m happy with the 90 minutes and I’m surprised I lasted that long,” Sithebe says with a smile. “The performance is due to the fact that we’ve been working hard, and we wanted to win. We were unlucky not to get a goal, but goals will come as we are getting to know each other as players.”

Kaizer Chiefs will still be without midfielder Phathutshedzo Nange as he is still serving his suspension.

“The guys are ready – we are all ready to do well. It’s very important to get three points on Tuesday especially when we are playing at home with our home support behind us,” concludes Sithebe.

Amakhosi’s first home of the season against Maritzburg United kicks off at 19:30 at FNB Stadium. Tickets for the match are available from Ticketmaster.co.za and Computicket at R60 per ticket.