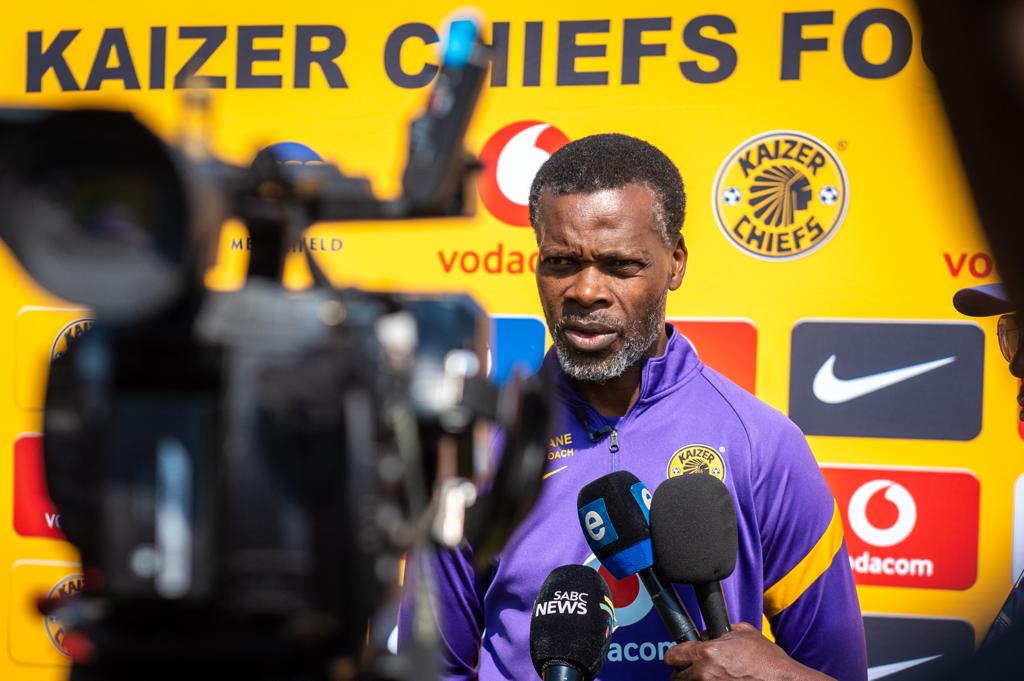 Reflecting on the loss to Chippa United over the weekend and the response needed:

It’s one game we all know we want to forget as soon as possible. If you watch the game again, you look at the chances missed and the goals we conceded it was manna from heaven. I think our keeper had only one save for the entire 90 minutes, except for the own goal and the other goal that deflected off two players then fell into their path. Luck was on their side on the day. But when it comes to us, we will continue where we left off, in terms of trying to create goalscoring opportunities and making sure this time around we tighten our screws at the back and don’t concede too easily.

We welcome Zitha (Kwinika) back, because Siya (Ngezana) is not available for selection. We played Khama Billiat last week and seems ready to give us more minutes. We have some players who have played a lot of games and we may look at resting some them ahead of the weekend’s cup semi-final. We need all our soldiers available for that one.

Itu (Khune) is doing well at training. He looks okay at the moment; we are just hoping he is not going to experience the same problem again when we play him. Other than that, we have a clean bill of health. Everyone is available for selection.

On the momentum from the TS Galaxy game ahead of the crunch MTN 8 semi-final over the weekend:

It’s key for us to get maximum points building up to the MTN 8 semi-final. The boys are looking okay, they’re looking good. We are not going to allow the previous game to dampen our spirit and take our confidence away. So far, we’ve done well and we will get it right and achieve consistency. From our previous games, it’s clear something good is happening, we will continue to focus on the positives to get things going.

On whether the weekend Cup game is a factor ahead of the midweek league game:

Most definitely. Time is ticking very fast. The games as much as they’re coming, it’s about how we’re managing players, to make sure that they use their rest time efficiently. They need their bodies to go out and perform. We have to make sure on Sunday that we go to the final, there is no doubt about it and no two ways about it.

They’ve got a good team. They’re just unfortunate to find themselves where they are. They made life difficult for Sundowns. They were defending too deep and playing more on the counter attack. With us, I don’t think they will want to do that, they will want to take the game to us, which is good for us, as we will manage to find those spaces to exploit.

On whether TS Galaxy are a “hoodoo team” for Amakhosi:

I don’t think so. They’ve never been our hoodoo team. We just happened to lose to them in the Nedbank final. I looked at many other games we’ve played against them and we’ve won more games than we’ve lost to them.