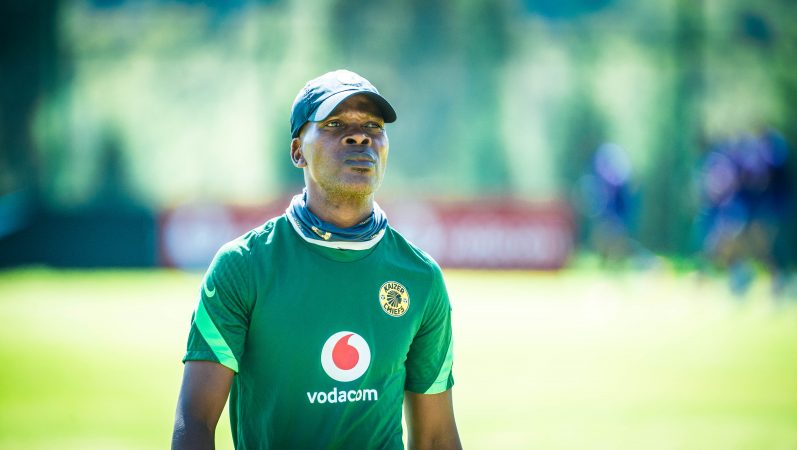 On a difficult week for the Club’s technical staff:

It’s been quite difficult losing the head coach at a crucial time of the season. With football, it’s the nature of the game, these things do happen. The remaining technical staff have been trying to encourage everyone, to encourage the boys to give their best – knowing very well how equally important the remaining games are. We’re looking forward to the game in Cape Town against Stellenbosch, and we are hopeful we can collect maximum points. Having said that it comes with that knock where one of our technical members, our leader, had to part ways with the club. We hope it won’t take its toll on our players, but that it will give the boys some strength to look forward, to get things going, with the hope that things can get better and better.

On the training sessions he’s overseen as head coach this week:

At training the boys looked good, we have the feeling that we will be able to transfer that energy into the game in Cape Town against Stellenbosch. We’re looking forward to the game. We have had to first profile the opposition players before we could solidify our structure. It was always going to be a case of how are they going to set up and the formation. We know their threat, weaknesses and strengths, we analysed the way they’ve played. For most of the games they’ve used the formation that’s suited them best, so we anticipate that.

On what to expect from Stellenbosch:

We know they can easily change, they’re very flexible. With two key members of their squad suspended, surely they will have Judas (Moseamedi) and Ashley du Preez upfront, so we tried to prepare for that and we will be ready for any other approach they may have in attack. It was not easy having two sessions before the game. The mindset in terms of the challenges we have, coming off a loss, the first thing to do is to motivate players, boost the spirit in the camp and bring everybody together and they’ve responded positively so far.

We only have Bernard Parker who is suspended. Injuries are only those who have been injured for some time like (Sfiso) Hlanti and (Lebo) Manyama. (Erick) Tower (Mathoho) started training this week, but is not ready to compete at this level, he needs some time. It might be two weeks before he’s fully fit. We’re trying to create competition with the squad, so everyone feels an important part of the squad. The boys have responded positively and we’re looking forward to the game.

On having Keagan Dolly back from suspension:

It’s good to have (Keagan) Dolly coming back from suspension. We missed his attacking prowess, individual brilliance and his experience in the last game, so we will need him more in this game. We hope he’s recharged his batteries as well and that he will come back with more oomph and power to help the team. We also still have Khama (Billiat) to help the team. In terms of the combinations the forwards looked good, we hope that they can enjoy themselves. That’s the most important thing. We want them to enjoy themselves, to play and dominate as Kaizer Chiefs. Before you can think about winning you have to dominate your game, which will yield the results. So far so good, things are looking good.