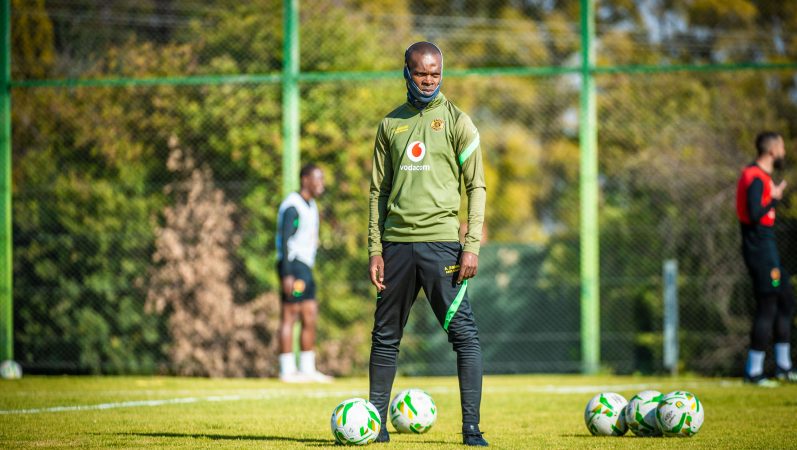 Kaizer Chiefs coach Arthur Zwane did not mince his words after Chiefs’ 2-1 loss against Golden Arrows in a DStv Premiership match on Wednesday afternoon.

It was a game in which Chiefs had taken the lead in the 18th minute through Khama Billiat, but one they ended up losing after conceding the game’s winner deep into referees optional time at the end of the second half.

When questioned about his feelings after the game Zwane was forthright, saying “of course I am disappointed, we were in control of the game and then in the second half we decided to give away goals cheaply. A little bit of character from us and it would have been a different story.”

Zwane expects his team to be unhappy with what happened on Wednesday.

“We should be disappointed obviously. They did not pose that much danger that we had to panic the way we did. Look at the dead ball situation we conceded from, none of the defenders moved to defend, a player went through them and diving headed the ball. No one moved, everyone just stood,” lamented Zwane.

The Chiefs mentor is hopeful that the pain and hurt suffered against Arrows will provide a stern lesson for his charges.

“We learn from such things. Maybe going forward the players will react differently. For us we have ourselves to blame, we were in control of this game. In the second half we played in patches and we also tried to balance match minutes, because the games are coming thick and fast, and to avoid injuries. We ended up giving the game away, which we should not have,” says Zwane.

Zwane is now concerned as Chiefs head into the home straight some way off second spot and are still targeting a place in next season’s CAF Champions League.

“You will be worried this game was there for the taking. You get three points today and you stand a good chance to get to that level where we can compete for the second spot. If we don’t learn from this, when will we learn? We conceded goals we should not have. Going forward try to rectify this we need a little bit of character to start winning games,” says Zwane.

For the Chiefs coach there was another issue to address with defender Njabulo Ngcobo playing a part in Arrows equalizer in the 60th minute scored by Siboniso Conco and he was distraught when taken off in the 72nd minute.

Addressing the issue Zwane said: “Njabulo was a bit upset with himself. He gave the ball away in the wrong areas and we were punished. I don’t view it as others may. I don’t see it as something that is bad.”

Zwane feels that the player was just angry for his part in Arrows leveller.

“I believe he was upset at himself, and we spoke about it at half time. Release the ball early, don’t play the ball at the back, try to play the ball forward, so that we can attack. Unfortunately, he decided to play the ball back. He was trying to play short, he could not see the danger and we got punished,” says Zwane.

Being the consummate professional that he is Zwane is confident Ngcobo will put the disappointing game behind him.

“A professional player he will learn from that. Football is a game of mistakes, as much as I expected him to do better, it was his mistake and we move on,” Zwane says.

Zwane also had a message for the Chiefs fans.

“Sorry that we disappointed them. We were in control of this game. Arrows know they did not deserve maximum points in this game, and we just gave them points on a silver platter. Going forward we will try our level best. We will not give up, we can easily turn things around. That is football, sometimes when things are bad people want to quit. It might be the beginning of good things to come,” says Zwane.

Chiefs now turn their attention to their next league game against Cape Town City at home on Saturday, as they continue to chase for second spot and a place in next season’s CAF Champions League.