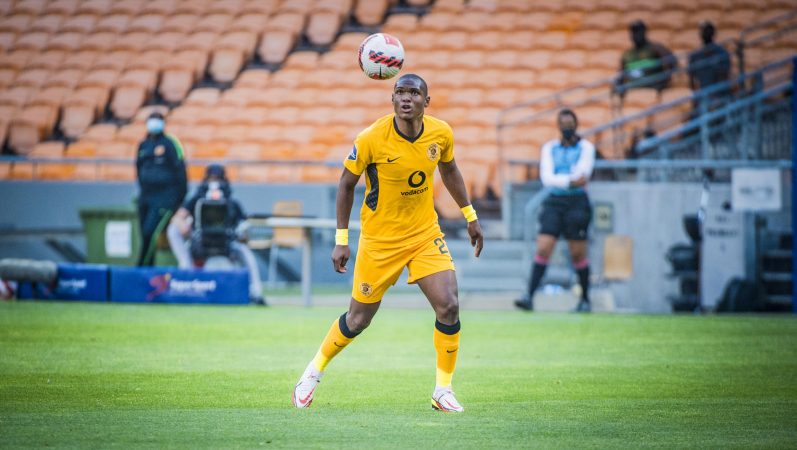 After a busy week that saw the Club part ways with coach Stuart Baxter, Kaizer Chiefs will have coach Arthur Zwane in the saddle as they plan to go all out to try and win the game after a disappointing home defeat to SuperSport last Saturday.

Chiefs will be happy to have Keagan Dolly back on the team after missing the last game through suspension. The attacker missed the last game against SuperSport United after picking up his fourth yellow card in the game against TS Galaxy.

To mark his arrival, the former Chiefs winger Zwane has made five changes to the starting line up.

The game will also be an opportunity to avenge the loss they suffered in November when they went down to Stellenbosch at FNB Stadium.

The hosting team, Stellenbosch are also reeling after a 1-0 defeat on the road against Chippa United in Gqeberha.

Kaizer Chiefs supporters in the Western Cape will be happy to witness this tough DStv Premiership match at the Danie Craven Stadium in Stellenbosch after two years of playing without supporters in attendance.

On the log, Chiefs are in 4th position with 39 points from 23 matches. Stellies are in 6th spot with 36 points in the bag after 25 matches played.

The Glamour Boys will miss captain Bernard Parker who picked up his fourth yellow card in the last game against SuperSport United. He will be replaced by Dolly in the line up.

Coaches Arthur Zwane and Dillon Sheppard have made other changes with Njabulo Ngcobo replacing Phathutshedzo Nange in the defensive role. On the left, Happy Mashine comes in for Reeve Frosler, while In midfield Nkosingiphile Ngcobo will be replaced by Radebe and upfront Leonardo Castro starts in Samir Nurković’s place.

Brandon Petersen will be in goal for Amakhosi.

In midfield, Amakhosi will have Cole Alexander, Njabulo Blom and Radebe.

The attacking trio will be Khama Billiat on the left, Dolly on the right and Castro leading the attack.

Ramahlwe Mphahlele is the captain.

The referee for this afternoon is Michael Mosemeng. He is assisted by  Kgara Mokoena and his second assistant is Moeketsi Molelekoa. The fourth official is Sibusiso Sisilana.

The match between the Phefeni Glamour Boys and Stellies kicks off at 17:00 at the Danie Craven Stadium in Stellenbosch. This will be the second game Amakhosi play with supporters in the stadium since March 2020 and the first outside of Johannesburg.

For those who are far from Stellenbosch, the match will be live on SuperSport’s PSL Channel 202 on DStv, with live commentary on various SABC radio stations. The Club will also provide regular updates of the action on Twitter @KaizerChiefs.