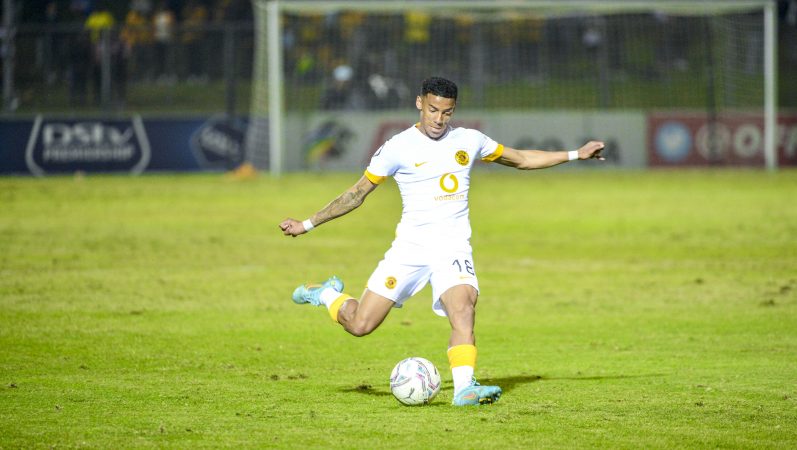 Kaizer Chiefs will be home for the first time this season when they welcome Maritzburg United for their second DStv Premiership match of the 2022/23 season on Women’s Day.

Amakhosi’s aim is to collect maximum points from the game after suffering a defeat on Saturday, while the visitors will be looking to cause an upset after sharing the spoils in their first match of the season against Sekhukhune United on the same day.

Coach Arthur Zwane’s aim is to make the FNB Stadium a fortress this season as his troops plan to win all their matches at their main home venue.

Given the good performance on Saturday, the coach says he wants to continue playing in the same way and convert the chances the team creates.

With the team managing one session between the two games, coach Zwane has decided to make two changes to the team that faced Royal AM on Saturday in Durban.

The team is still without S’fiso Hlanti, Sibusiso Mabiliso and Kamohelo Mahlatsi who are still on their way to full recovery. Midfielder Phathutshedzo Nange is still suspended and will watch from the stands.

After giving four players a run for the first time in Amakhosi colours last week, coach Zwane has decided to give Lehlogonolo Matlou his first run in the Gold & Black colours this evening. The midfielder who joined from Swallows replaces Cole Alexander in midfield.

Another change is at right-back where second-half substitute Dillan Solomons in the last game comes on for Njabulo Blom in today’s match.

Chiefs will apply a 4-2-3-1 formation for this evening’s match.

Bruce Bvuma retains his position between the posts.

In defence Reeve Frosler will be on the left, Solomons on the right, with Zitha Kwinika and Siyabonga Ngezana partnering at the centre of Amakhosi’s defence.

Yusuf Maart will work with Matlou in the middle of the park.

They will have Siyethema Sithebe in front of them, with Keagan Dolly on the right and Ashley Du Preez on the right.

Khama Billiat will lead the attack.

The  match officials are referee Tshidiso Mkhwanazi. He will be assisted by Kgara Mokoena and Sipho Mahlangu. The fourth official is Romario Phiri.

Amakhosi’s first DStv Premiership match at home this season against The Team of Choice will kick off at 19:30 at FNB Stadium.

For those who will not be in the stadium, the game will be live on SuperSport’s PSL Channel 202 on DStv and carried by various SABC Radio stations, with regular updates of the match on Twitter @KaizerChiefs.