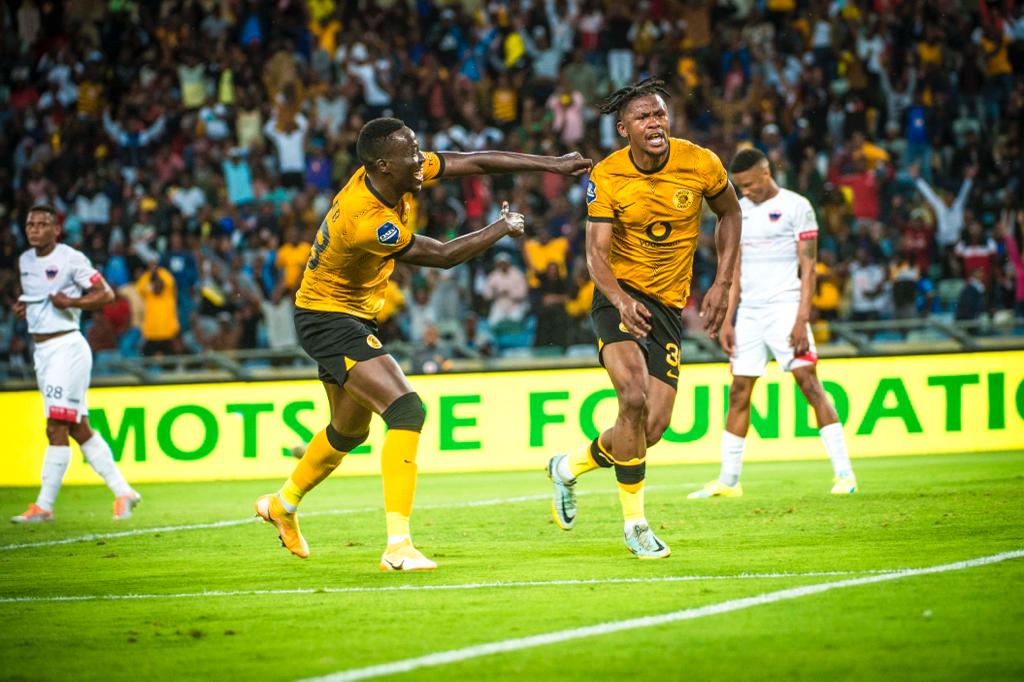 Kaizer Chiefs dominated all aspects of play but were caught by a late Chippa United sucker punch as they disappointingly went down 2-1 in their home DStv Premiership clash at Durban’s Moses Mabhida Stadium on Saturday.

Chiefs tried desperately to give Chairman, Dr. Kaizer Motaung, an early 78th birthday present in their attempt to surge to the top of the DStv Premiership log with a win, but it was not to be as Amakhosi again rued missed opportunities. 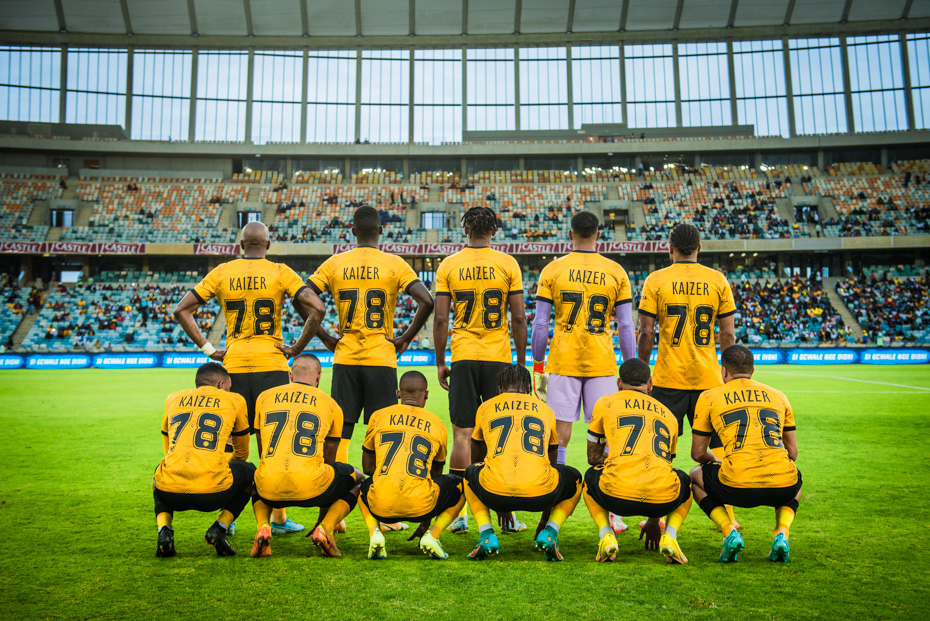 Coach Arthur Zwane said pre-match that his side would adopt a cautious approach against an “unpredictable” Chippa United, and indeed it was a cagey opening to the match as both sides sized each other up like boxers, careful not to drop their guard.

A confident Chiefs, though, were comfortably the better side in the first half, constantly probing and exerting pressure on the visitors, with Kgaogelo Sekgota - operating on the right - continuing his good recent form and Ashley du Preez anxious to get back on the scoresheet.

Keagan Dolly’s set pieces, too, were always a threat, though it was from open play that the game’s first chance fell to the Chiefs number 10 just past the half hour mark.

Sekgota made good ground down the right flank, sending a clever diagonal cross into Dolly’s path, the midfielder running into space in the box but just unable to get enough purchase with his shot with his weaker right foot, allowing Chippa keeper Lloyd Kazapua to make a routine save. 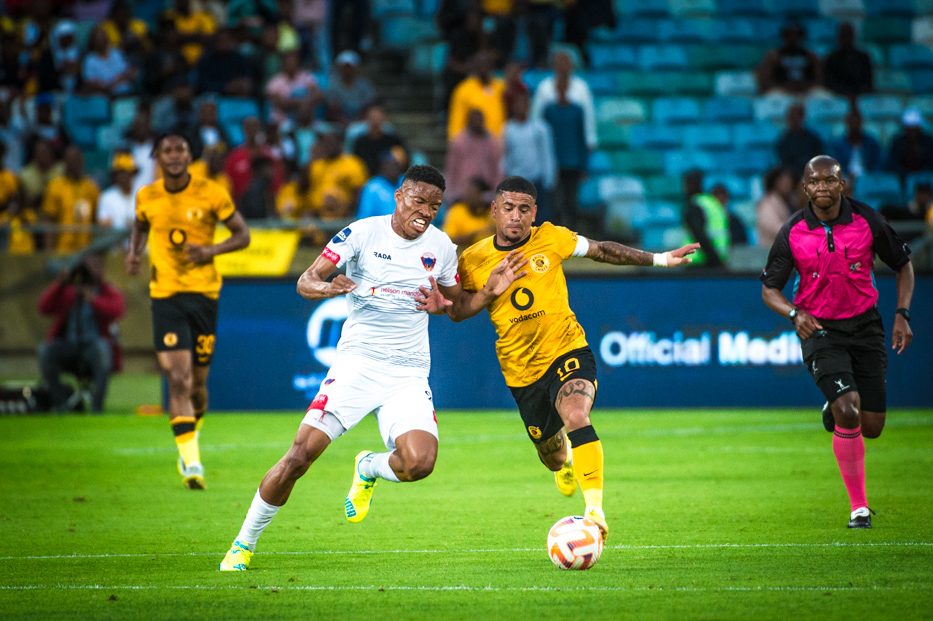 Chippa were enjoying some possession, but were doing little of note with it, yet they showed how dangerous they could be on the counter attack in the 35th minute as a flowing Chilli Boys move ended with Siphelele Luthuli laying off an inviting ball for Elmo Kambindu. The Namibian lined up his shot on goal, but was forced to fire wide under excellent critical defensive pressure from the backtracking Njabulo Blom.

In the 44th minute, strapping central defender Siyabonga Ngezana stepped up to break the deadlock with his first goal of the season, rising highest to meet a Keagan Dolly corner kick with a super header which gave Kazapua no chance.

Chiefs started the second half in the same confident and aggressive mood in which they ended the first stanza, current man of the moment, Caleb Bimenyimana, stinging the palms of Kazapua, who pulled off an excellent save from the Burundian’s bullet strike.

Chippa threw on lanky striker Etiosa Ighodara in the second half and the Nigerian made his presence felt, nearly causing a mix up between Brandon Petersen and Edmilson Dove.

There was more than an element of good fortune as Chippa got their equaliser in the 54th minute, after Ngezana’s defensive header unluckily ricocheted off S’fiso Hlanti into the path of Luthuli, who unleashed a low drive which went in at the near post.

Ighodara’s aerial presence caused continual menace, especially with Chiefs hamstrung by Ngezana having to go off following a knock in the second half.

With his mind perhaps on a busy week of crucial fixtures coming up this week, coach Zwane took off the attacking threats of Sekgota, Du Preez and Maart.

Khama Billiat returned to the pitch for a sprightly late cameo, linking well with Dolly in setting up a good chance for Siyethemba Sithebe in the 78th minute, but the substitute could not keep his shot down when teed up nicely by the Zimbabwean on the edge of the six-yard area.

Dolly and Billiat again engineered a bit of their renowned magic in the 83rd minute, a pacy piece of interplay seeing Billiat playing provider to Dolly, who zipped through the Chippa defence but put his side foot snap shot agonisingly just wide of Kazapua’s goal.

Chiefs, as well as the passionate crowd, were stunned in the 88th minute as Chippa won the game totally against the run of play.

Hlanti was harshly adjudged to have conceded an innocuous free kick which, when swung into the box, glanced off the head of Ronald Pfumbidzai and deflected off the unsuspecting Dove before looping in off the far post. 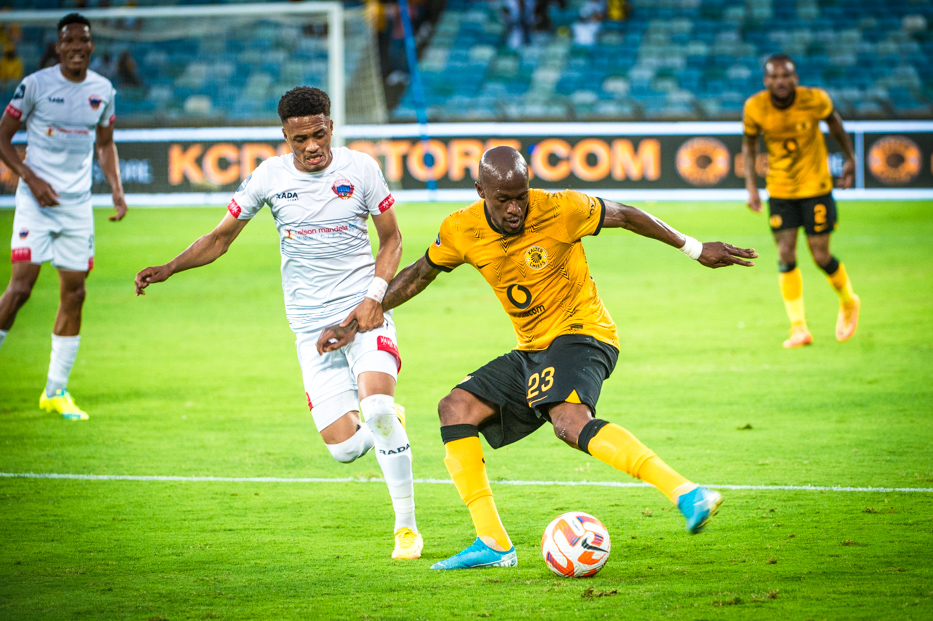 A minute later, Chiefs came close to a leveller. From the restart, Billiat surged forward and played in Bimenyimana, who side footed wide of the Chippa goal.

As time ran out Chippa somehow leave Durban with full points in a game they will be first to concede they were largely second best in on the pitch throughout.

It’s goals that win matches, though, and coach Zwane will rue a tale of opportunities not taken.

However, Chiefs will be keen to put the disappointment behind them and switch focus to instantly redeeming themselves in Wednesday’s league meeting against TS Galaxy at FNB stadium, before taking on AmaZulu in the second leg of the MTN8 semifinal back in Durban next weekend. 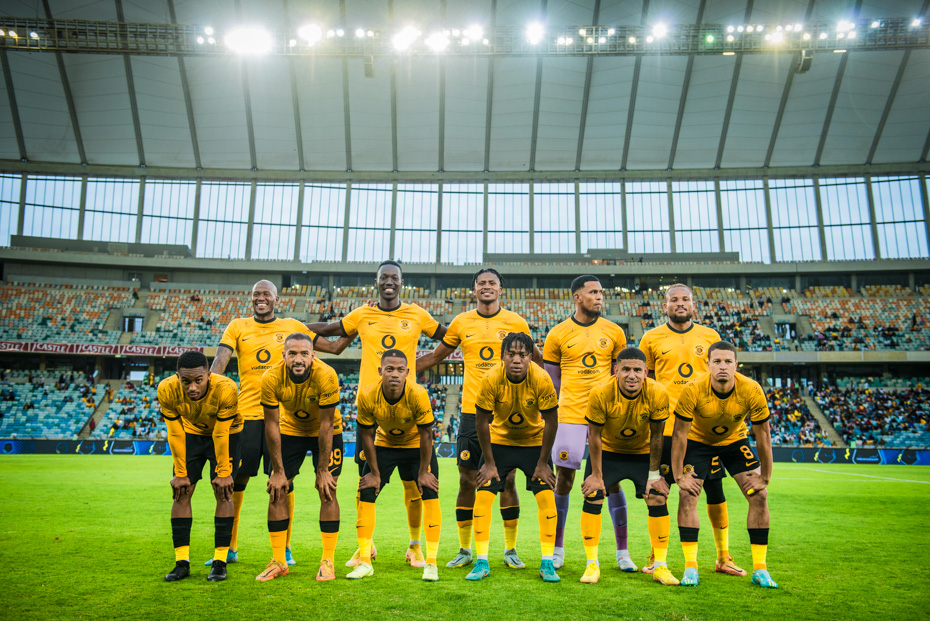