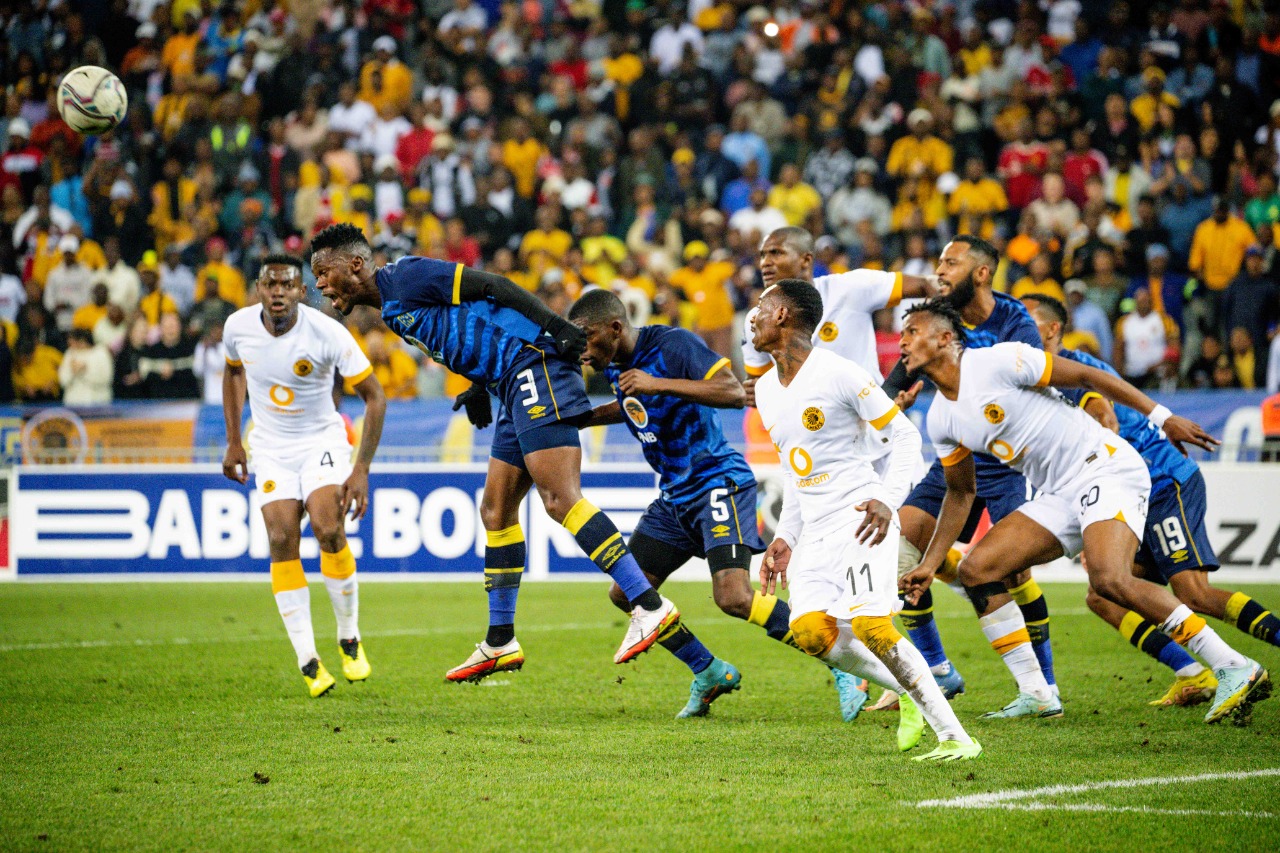 Kaizer Chiefs’ topsy turvy DStv Premiership revival suffered another setback as they followed up the victory against Richards Bay with defeat on the road to Cape Town City at the DHL Stadium tonight.

The home team were full value for their win, punishing Amakhosi with goals in either half for the Citizens’ first win of the league season.

The hosts settled quickest in damp underfoot conditions in the Mother City, as Chiefs struggled to get a handle on the game in the early stages.

And the early pressure paid dividends for the hosts when they took the lead in just the fifth minute of the game through Venezuelan midfielder Darwin Gonzalez.

Chiefs were carved open by a beautiful City move, Cameroon youth international Brice Ambina’s long searching ball from deep finding the overlapping right winger Thami Mkhize, whose first touch on the run was exquisite and his deep cross to the far post finding Gonzalez, who bundled the ball past Brandon Petersen for the game’s opening goal.

It was a big setback for Amakhosi, who tried to shrug off the early blow to manufacture a couple of chances of their own.

First in the seventh minute Kgaogelo Sekgota made a good run down the left flank as his cross into the box went in search of Khama Billiat, who rose highest but failed to get enough purchase on his header.

A minute later Siyethemba Sithebe’s sighter from range was comfortably saved by City keeper Darren Keet as Chiefs tried imposing themselves on the game.

In the 11th minute a crisp Chiefs move saw Reeve Frosler, Keagan Dolly and Khama Billiat all involved in engineering a chance for Sekgota, whose shot on goal was again saved comfortably enough by Keet.

In the 20th minute it was route one stuff from City as Keet’s long ball found Khanyisa Mayo, who in turn found Taahir Goedeman down the right wing, whose instinctive early shot hit the base of Petersen’s upright and bounced out to safety.

City were the stronger of the teams at this stage and in control of the game and they came within inches of doubling their lead in the 26th minute.

Gonzalez’s corner from the right was headed into the danger area by Fielies towards striker Wayde Lekay, whose flick was goalbound but was spectacularly saved on the line by Njabulo Ngcobo, with Mayo missing the resulting rebound from point blank range for a big Chiefs let off.

Chiefs defender Frosler hobbled off in the first half with a hamstring injury and was replaced by Happy Mashiane.

The hosts continued to control the game as Chiefs struggled to get going, Gonzalez’s goal the difference at the break.

Chiefs started the second half in much brighter and more purposeful fashion, as they looked to force their way back on level terms.

In the 49th minute Sekgota – who was Chiefs’ liveliest player on the pitch – took a good pop from range with his left footed shot, which looked to be nestling into the top right hand corner, but was brilliantly saved diving to his right by Keet.

In the 50th minute Sekgota was again in the action, as he was shoved off the ball in the box by Terrence Mashego for a good penalty shout, which was turned down by referee Philangenkosi Khumalo.

It was a much more positive start to the second half for Chiefs, but In the 62nd minute Amakhosi were punished for hesitant defending as Congolese international Nathan Idumba Fasika doubled City’s lead against the run of play.

Siyabonga Ngezana conceded a soft free kick as he fouled Lekay on the edge of the area, with Mayo stepping up to take the resulting free kick and swinging it in deep to the back post where the ball was met by a thumping Fasika header, as he outjumped Ngezana and fizzed his effort into the roof of the net past Petersen.

In the 64th minute Dolly flashed a shot just wide and in the 71st minute he initiated a chance for Dillan Solomons, who got to the ball first ahead of Keet, but the keeper denied the attempt, the rebound falling to Dolly again whose curling shot towards the top corner was well cleared by Fasika.

With City’s defence solid on the night and snuffing out Chiefs’ attacks the game petered out with the result seldom in doubt, City shoring up their defence with a raft of second half defensive substitutions to close out the game.

Chiefs’ third defeat of the season sees them drop down to 10th position on the log with six points, while victory for City sees them climb off the foot of the table and into 12th spot on the log.

What’s next: Chiefs are back in the Western Cape on Sunday to face Stellenbosch FC in an MTN 8 quarter final.