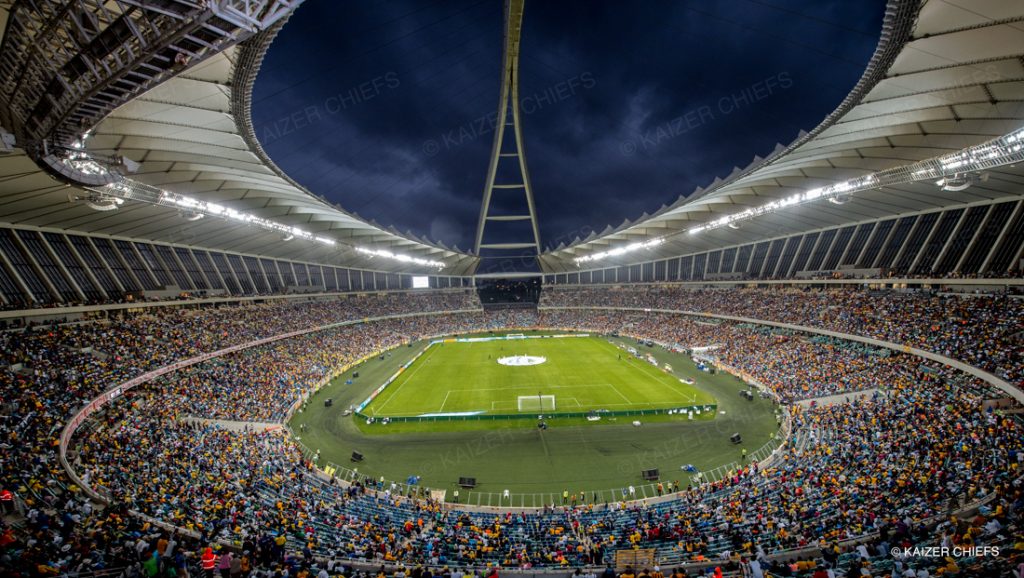 In the first of what are expected to be two consecutive great weekends of football in Durban, Kaizer Chiefs will get the festivities started this Saturday when they host Chippa United in the DStv Premiership, at Moses Mabhida Stadium. The following weekend, Amakhosi are back at the same venue for the crucial MTN8 semi-final second leg clash against AmaZulu.

Chiefs are currently riding the wave of three successive victories in the league and are looking to continue that momentum against 11th placed Chippa, who have also enjoyed good form of late, collecting maximum six points in their last two engagements.

Given the two teams’ present form, the game on Saturday promises to be a cracker as both teams will aim to continue their winning streaks.

Chiefs climbed up to position four on the log after beating Stellenbosch FC 3-1 on Sunday in Cape Town. The Glamour Boys have collected 17 points in 10 outings. The Chilli Boys have played one match less and have 11 points in bag.

Coach Arthur Zwane will be happy to welcome Zitha Kwinika and Lehlogonolo Matlou back into the fold after serving their suspensions. Zitha missed one game and Matlou was out for two.

The meeting of the two teams from Gauteng and Eastern Cape is expected to produce fireworks in KwaZulu-Natal on Saturday.

Kick-off for the DStv match between Amakhosi and Chippa United is at 17:30 on Saturday at Moses Mabhida stadium. Tickets are on sale at Computicket, Shoprite and Checkers outlets at R60.