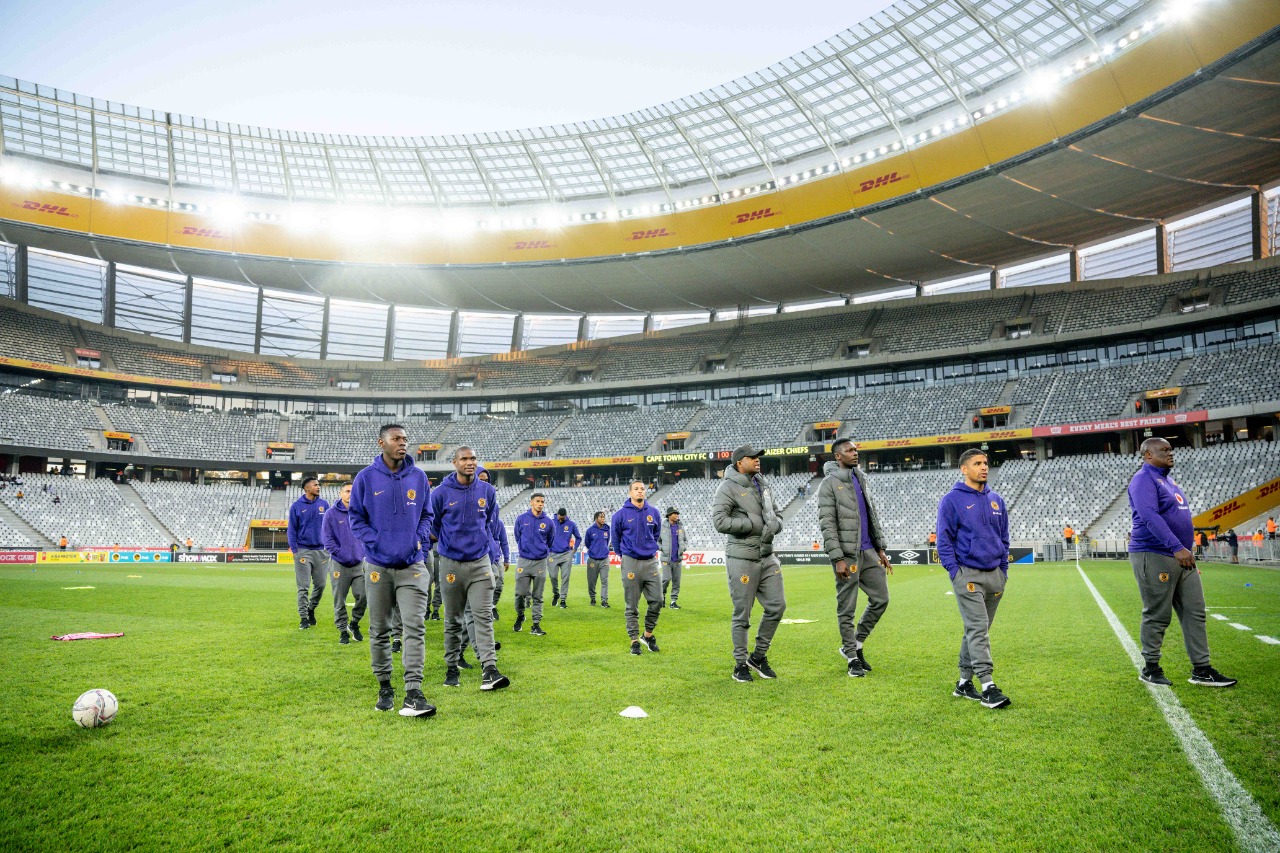 Kaizer Chiefs will make two changes this evening against Cape Town City FC when compared with the team that faced Richards Bay FC in Durban three days ago.

One of the changes is due to the fact that Yusuf Maart received his marching orders in the first half of Amakhosi on Saturday in Durban. The second change will see Siyabonga Ngezana return to the starting line-up after coming on as a second half substitute against Richards Bay.

Chiefs were victorious in that game against ‘The Rich Boys of Natal’, thanks to a solitary goal by full-back Dillan Solomons.

Cape Town City on the other hand drew their match 1-1 against Stellenbosch FC in the Western Cape derby on Saturday.

The Citizens are bottom of the log after five matches and Chiefs complete the top 8 with six points in the bag after four outings.

Coach Arthur Zwane travelled with the same group of players for the two games in Durban and Cape Town and the “red card spot” in the 20-man squad will be taken by veteran defender Mulomowandau Mathoho.

For this evening’s match the Amakhosi mentor has brought in Phathutshedzo Nange to replace Maart’s in the starting eleven. This will be Nange’s first game of the new season following his send-off in the final match of last season. Ngezana will come in for midfielder Nkosingiphile Ngcobo.

The rest of the team that started the game on Saturday against Richards Bay remains unchanged.

Chiefs will go for a 4-3-3 formation against City.

Brandon Petersen keeps his position between the sticks after keeping a cleansheet on Saturday.

The four-man defence of Zitha Kwinika, Saturday’s man-of-the-match Njabulo Ngcobo and Reeve Frosler will be joined by Ngezana on the right.

In the middle of the park, Chiefs will have Siyethemba Sithebe supported by Keagan Dolly and Nange.

The attacking set up will have Khama Billiat flanked by Dillan Solomons on the right and Kgaogelo Sekgota on the left.

Dolly will captain Amakhosi for the fifth time this season.

The match referee is Philangenkosi Khumalo. His assistants are Kamohelo Khumalo and Jantjie Dlamini. The fourth official is Sibusiso Sisilana.

The Glamour Boys’ fifth DStv Premiership match of the season against ‘The Citizens’ will kick off at 19:30 at the DHL Stadium in Cape Town.

Those who are able to watch the game on television can catch it live on SuperSport’s PSL Channel 202 on DStv and various SABC Radio stations, with regular updates of the match on Twitter @KaizerChiefs.