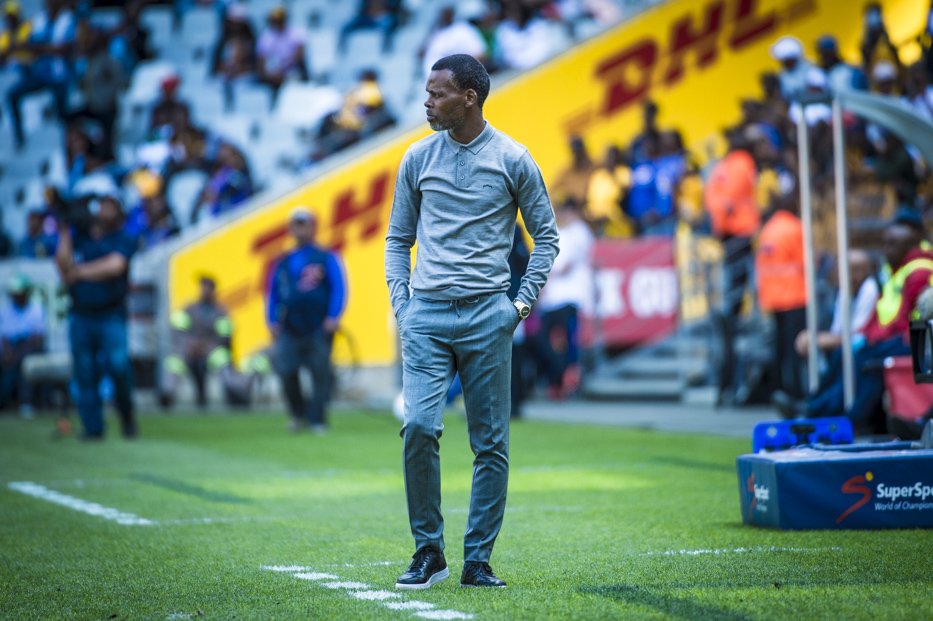 Coach, we are playing Stellenbosch again. It feels like yesterday when we played them in the MTN8, and there’s still the fresh element of Ashley Du Preez, (Zitha) Kwinika returning to face their former club. How have you been plotting to continue Amakhosi’s unbeaten run?

It’s another difficult one, you know. We are playing against a team with a lot of quality. They have been doing very well. They are not easy play against because they have a solid structure. But, at the end of the day, we knew that the games would be coming thick and fast so we also had to think about how to approach this game, and our main priority is to focus on ourselves, not only for this game but for most of the games. Even if you analyse opposition, they can always change their approach because they know we study them. Therefore, we choose to focus on the good things we do.

I think it’s going to be a great game to watch for the fact that we have just got two back-to-back wins (in the league) and the boys’ confidence is sky-high at the moment, so we don’t want to tamper with that. We want to continue where we left off, in terms of results.

To sum up, it’s going to be a tough one but we won’t change the approach from our side. We’ll take the game to them. We are a team that must take the game to the opposition because we want to win all of our games. There are no home or away games for us. Wherever we go we have to please our people; we have to make them happy. We have to balance the scale in terms of performance and results.

Kwinika, amongst others, is out of the game. What is the condition of you squad right now?

We go into the game without Kwinika because of bookings. He received a fourth yellow (card). We don’t have Khama (Billiat) and (Mulomowandau) Mathoho, who are not fully fit for the game. We are missing Happy Mashiane. He has just started training yesterday, as has Phathutshedzo Nange, after recovering from flu. George (Matlou) is still unavailable. I think this is the last game of his suspension.

To compensate for these missing players, we have brought in one of the youngsters from the Development, Samkelo Zwane, for his second camp. We wanted to bring in more from there but most of the players we had n mind recently got a national team call-up and they are doing international duty, but we are happy for them because international experience will help them grow and when they return, they will come back better. Whenever the opportunity arises again, we will be willing to give them the opportunity to join the first team because they are the future of the Club.

What do you expect from the opposition tomorrow?

Well, they have got Mendieta, Van Wyk … those are two dangerous players. They’ve also got Jabaar. We have profiled them very carefully so we know their strengths and weaknesses. We have to make sure we nullify them and force them to make mistakes, and then punish them.

All the best, Coach. Enjoy the game.