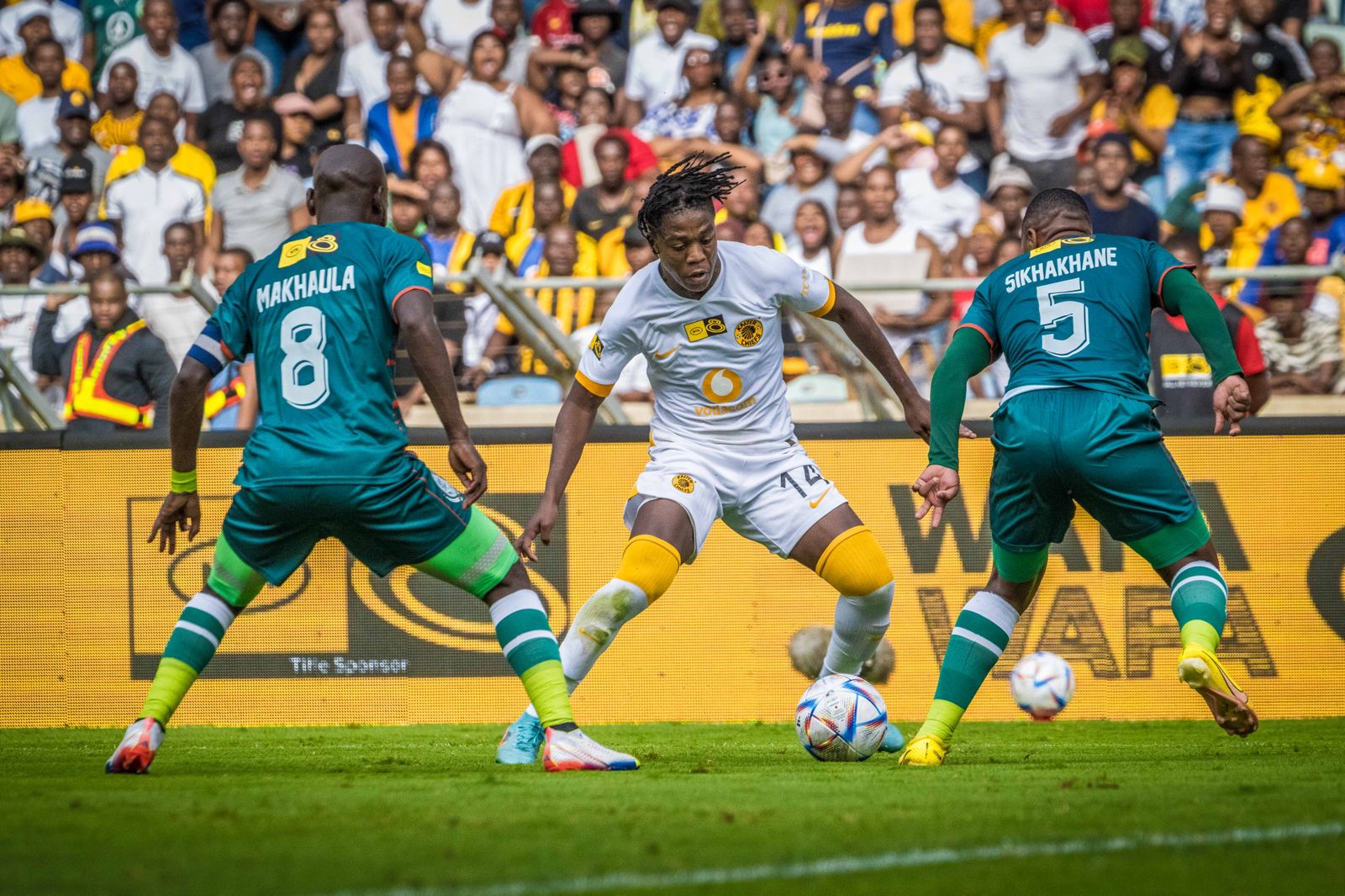 “I can’t fault the boys. They did their level best, they tried everything, things just did not work out”.

This was the crestfallen reaction of coach Arthur Zwane, to the bitter disappointment of Kaizer Chiefs missing out on reaching the final of the MTN 8 as they fell agonisingly short at the penultimate hurdle.

Amakhosi were unable to get the goal they so badly needed, the goalless draw in the second leg of the MTN 8 semi-final allowing AmaZulu to advance to the final at Chiefs’ expense on the away goals rule.

With the first leg at the FNB Stadium ending 1-1 the pressure was on Chiefs to score at least one goal away from home to tilt the scales in their favour in this all-important cup tie.

With so much at stake, understandably the game started cautiously, with neither side hurtling out the starting blocks.

There were sighters from range for both sides in the opening 10 minutes, with first Amakhosi’s Ashley du Preez and then Gabadinho Mhango for the hosts blazing over from long range after getting sights at goal.

In the 11th minute there was much better intent from Chiefs. After a flowing move from deep Caleb Bimenyimana laid off a pass on the edge of the box for Keagan Dolly, whose rasping effort went just wide of Veli Mothwa’s upright.

Four minutes later, Chiefs keeper Brandon Petersen underhit his clearance, conceding possession in a dangerous area to AmaZulu as Mhango set up Sphesihle Maduna, who scuffed his shot just wide to give Chiefs – and especially Petersen – a let off.

In the 24th minute there was another scare for Chiefs, as Mhango set up George Maluleka with a headed one-two, but Petersen comfortably gathered the former Amakhosi midfielder’s shot.

Five minutes before the half-time break foiled another chance for AmaZulu, when he charged out to close the angle, forcing Nigerian striker Augustine Kwem to chip his effort onto the roof of the net.

The opening half finished goalless, as Chiefs repeatedly attempted to break down a determined AmaZulu defence.

Chiefs started the second period full of attacking intent, with Dolly forcing an early corner and Bimenyimana’s shot at goal unluckily richocheting off Dolly’s hand with the Usuthu defence scrambling.

In the 59th minute, Dolly’s arroving inswinging corner had the beating of Mothwa and was looking to dip directly under the crossbar, but AmaZulu captain Makhehlene Makhaula remained alert to clear off the line and avert the danger.

On the hour mark Bimenyimana went off injured and was replaced by Khama Billiat.

In the 68th minute there was a flashpoint in the match when Makhaula’s terrible tackle from behind floored Dolly and the Usuthu skipper was rightly booked for the nasty foul.

AmaZulu sought to stifle Chiefs with aggressive tackles flying in - and the yellow card count mounting - in what was a scrappy, frustrating end to the match.

Time was not Chiefs’ friend and, with the clock winding down, Chiefs’ huge support base was getting increasingly agitated as Amakhosi struggled to create the clear cut chances they so desperately tried to create.

With just six minutes left, a good chance fell invitingly to Billiat in the six-yard area, but the the Zimbabwean striker’s snap shot flew just wide.

In injury time, Dolly flashed in a cross which agonisingly evaded first, George Matlou, and then Billiat, who just needed the slightest of touches goalward to put Chiefs through – but it was not to be.

Dolly’s last-ditch free kick found Billiat rising highest in the box, but he could not direct his header on target.

Referee, Jelly Chavani’s final whistle pierced the air and the hearts of the Amakhosi faithful, a case of so near yet so far as the quest for silverware goes on.