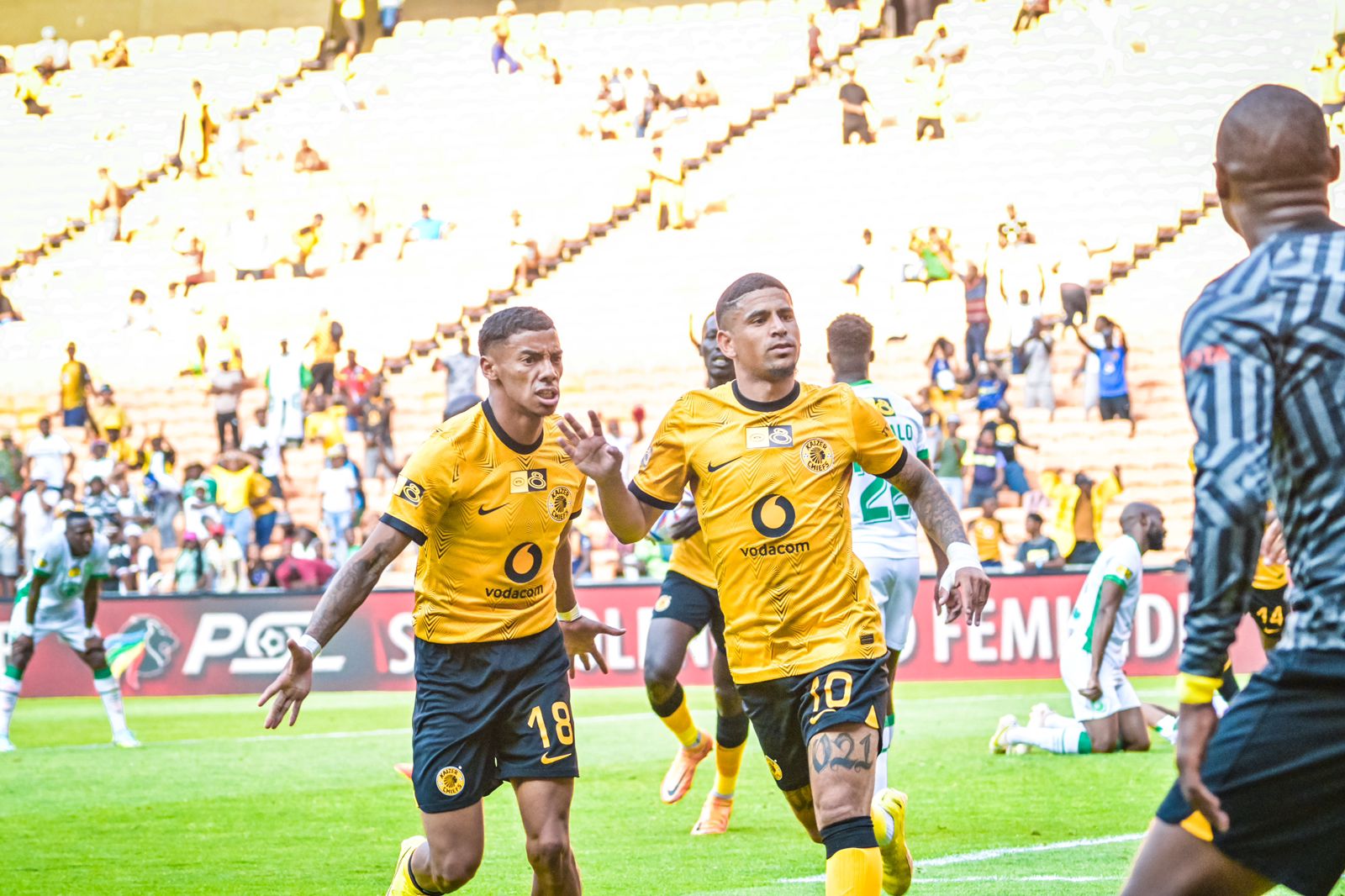 Kaizer Chiefs know they will at least have to score in the second-leg after playing to a 1-1 draw at home in the MTN8 semi-final first-leg against AmaZulu at FNB stadium on Sunday afternoon.

The away goal means that Amakhosi have to win the match in Durban or play to a draw of no less than 2-2.

AmaZulu came flying out of the blocks and Itumeleng Khune was forced into a double-save after just 40 seconds, first reacting sharply to parry Mhango’s flick from Riaan Hanamub’s lofted ball over the top and then blocking the rebound from George Maluleka.

Chiefs had a few early opportunities themselves, with long distance efforts from Edmilson Dove and then Njabulo Blom narrowly missing the target.

Usuthu broke the deadlock in the 14th minute when Maluleka’s clipped ball into the box evaded both Zitha Kwinika and Dillan Solomons and fell to Mhango, whose first touch allowed him to slip the ball past Khune.

From then on AmaZulu seemed content to sit deep in a compact low block and allow Chiefs to play in front of them, ready to spring out on the counterattack when they won the ball.

Amakhosi made some half-chances, with Yusuf Maart volleying over from Kwinika’s nod-back and Ashley Du Preez forcing Veli Mothwa to tip a shot wide.

On 32 minutes Maart stung Mothwa’s palms with a crisp shot after creating space with some nifty footwork.

However, he drew ire from the crowd, as well as his teammates a few minutes later when he blazed the ball high into the stands from 40 yards out with decent options ahead of him.

Moments before the break, Du Preez missed Chiefs’ best chance of the half.

Kgaogelo Sekgota, who was a threat all game, found him with a defence-splitting pass and, after his first effort was brilliantly kept out by Mothwa, the striker fired wildly wide with a gaping goal at his mercy.

Amakhosi’s Burundian striker, Caleb Bimenyimana, also might have done better when the ball flew wide off his knee after he was found unmarked inside the 6-yeard box.

Coach Arthur Zwane decided to send on Keagan Dolly in place of Siyethemba Sithebe to provide some of the creative spark that was missing in the opening period and it almost paid dividends immediately when the gifted playmaker had a goal bound shot blocked.

Bimenyimana, double-marked throughout, was finding the going tough. On 48 minutes, his glancing header would have gone in had it not hit the unwitting Hanamub’s back, after Mothwa had completely missed Dolly’s free kick, and then a few minutes later he fluffed a gilt-edged chance when he side-footed Sekgota’s low cross wide after Dolly had put him in space down the left.

A minute later, AmaZulu were reduced to 10 men when Zulu was booked for the second time for a clumsy foul on Sekgota, the same man the defender fouled to earn his first yellow card in the first half. Usuthu coach, Brandon Truter shuffled his pack, bringing on former Chiefs stalwart, Ramahlwe Mphahlele to replace forward, Dumsani Zuma.

Chiefs made their numerical advantage count in the 61st minute. Dillan Solomons went on an excellent run down the right and pulled the ball back across the box, where Dolly, making a late run, struck the ball firmly past Mothwa to level the tie.

Chiefs poured forward in search of a winning goal. Kwinika had a header cleared off the line by Mphahlele and Bimenyimana headed wide from a S’fiso Hlanti cross.

However, it was an all too familiar tale of Amakhosi’s failure to convert their chances, as the match drew to a close. Apart from a frantic flurry in referee’s added time at the end, where Mphahlele, again, made a crucial block from Hlanti, AmaZulu were able to hold out for the draw.

Just prior to the final whistle, referee Victor Gomes issued red cards to AmaZulu goalkeeping coach, Johan Abselom and striker, Gabadinho Mhango – who had been substituted – on the bench, apparently for some inappropriate remarks they had made from the sidelines. Amakhosi’s midfielder Lehlogonolo Matlou also received a red card from the bench.

The teams will meet again at Moses Mabhida stadium in Durban for the second-leg tie on 23 October with the tie balanced on a knife-edge and all still to play for. In the meantime, Amakhosi’s next match is a midweek DStv Premiership clash away to Moroka Swallows in Dobsonville on Wednesday 5 October, kicking off at 19:30.

Stat of the Match: This was Kaizer Chiefs’ 50th game in the MTN8 during the PSL era.