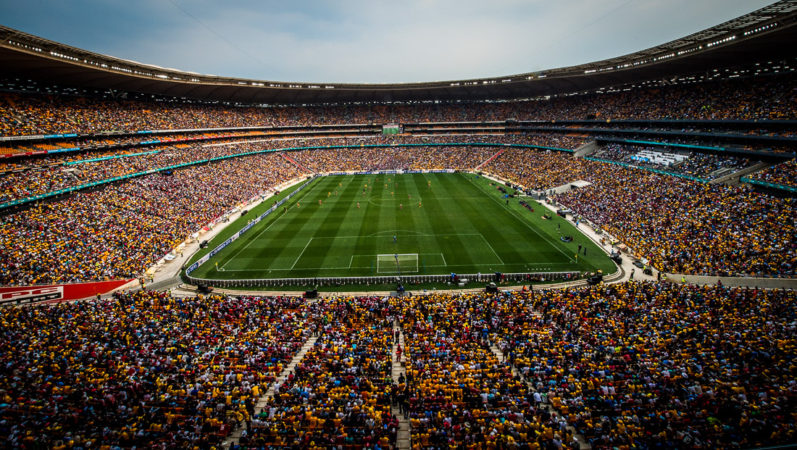 With the month of October around the corner, supporters are encouraged to start planning, as tickets for several of the big matches are on sale.

First up is the big Soweto Derby where Orlando Pirates will be hosting Kaizer Chiefs at FNB Stadium on 29 October. Tickets are available for sale online through www.ticketmaster.co.za and over the counter at Computicket, Shoprite and Checkers. Ticket prices start at R100 for levels 1 and 5, followed by R150 for level 2, while tickets for kids are only R50. As expected, these tickets have been selling like hot cakes.

Amakhosi fans are encouraged to purchase their tickets as soon possible so they can see the big Soweto Derby live for the first time since February 2020. The first Soweto Derby of the season will kick off at 15:30 on Saturday, 29 October 2022.

Another big game billed for the FNB Stadium is the MTN8 semi-final first-leg on 2 October between Kaizer Chiefs and AmaZulu FC. Tickets for the enthralling game are sold through www.ticketpro.co.za, including selected Spar Supermarkets, PostNet, Boxer and other outlets. Stand tickets are R80 at the different outlets.

The game will commence at 15:30 on 2 October at FNB Stadium.

The return leg of the two-legged tie will take place in Durban on 23 October 2022.

A week before the second-leg of the MTN8 semis, Amakhosi will play in Durban at their home-away-from-home venue, the Moses Mabhida stadium, where they will be hosting Chippa United in the DStv Premiership on 15 October.

Tickets for that match are on sale at www.computicket.co.za, Shoprite and Checkers at R60 per ticket.

Supporters are encouraged to rush to their nearest ticket outlets or online to purchase their tickets and not miss these big games.

The Club will share updates on ticketing information for the other matches taking place in October as it becomes available.