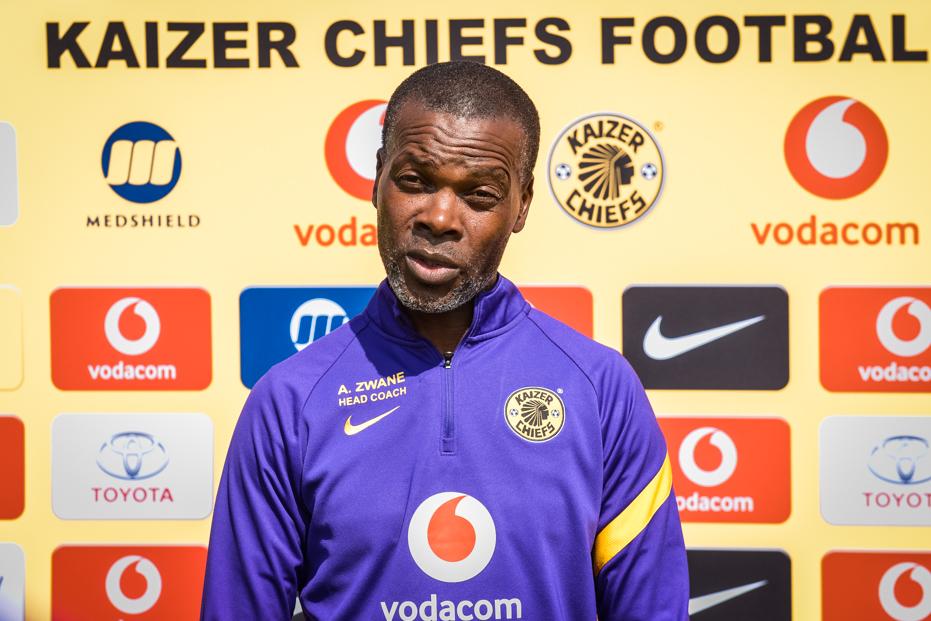 At the conclusion of the final pre-match training session, Amakhosi coach Arthur Zwane declared the team ready to take on AmaZulu tomorrow in what promises to be a most intriguing DStv Premiership encounter at FNB stadium.

Having come through challenging circumstances to reach the semi-finals of the MTN8 against Stellenbosch FC last weekend, Chiefs turn their attention back to matters of the league and Zwane foresees a difficult, though not insurmountable task against Usuthu.

“It’s going to be tough. League games are very difficult to predict in terms of score and we are playing against a team that has been doing very well, with good playing personnel and also good technical staff. They are oozing confidence at the moment.

“They pose a danger to us in the way they structure their team, more especially up front, where they have serious firepower. Even from the bench, they are a good team,” he says before adding, “But I think we are ready for that. We have been preparing for it and we also have all our players available, including those who were waiting for their work permits.

“It gives us the advantage of being able to vary our style somewhat, in that we now have better options in attack and final third entry with the addition of Caleb’s (Bimenyimana) height and physique. (Edmilson) Dove is also available which will also give us good balance on the left, where as a natural left footer he can play left centre-back and connect better with the midfield. Now it’s a case of chemistry and understanding more than anything else.”

The two teams will meet each other again in the MTN8 semi-finals next month but Zwane insists he is only concentrating on tomorrow’s battle for three valuable points. “I think we’ll take it one game at a time and we’ll deal with other matches in due course, he says. “Right now, we are focussed on getting maximum points. We are at home and have worked on our plans on how to deny them space and time on the ball, as well as how to hurt them on attack.”

Yusuf Maart comes back into contention after serving a suspension for his recent red card against Richards Bay FC.

“Yusuf gives us stability in midfield with his ability to rotate the ball and spot runners, which is something that was lacking a bit in his absence,” says Zwane. “He is an excellent passer with both feet, which is a luxury.”

On Ashley Du Preez’s fitness ahead of the match, Zwane was satisfied with his showing in Stellenbosch in his first outing since returning from injury, saying. “He was more fatigued than injured and has been training well all week. He’s fresh and looking forward to the game. Not only him, the rest of the boys too. We all agreed that there shouldn’t be teams that come to FNB Stadium and get any points. We want to stamp our authority on our home games.”

Tickets for the match are still available online at www.ticketpro.co.za or Shoprite and Checkers. Tickets can also be purchased from FNB Stadium’s ticket office