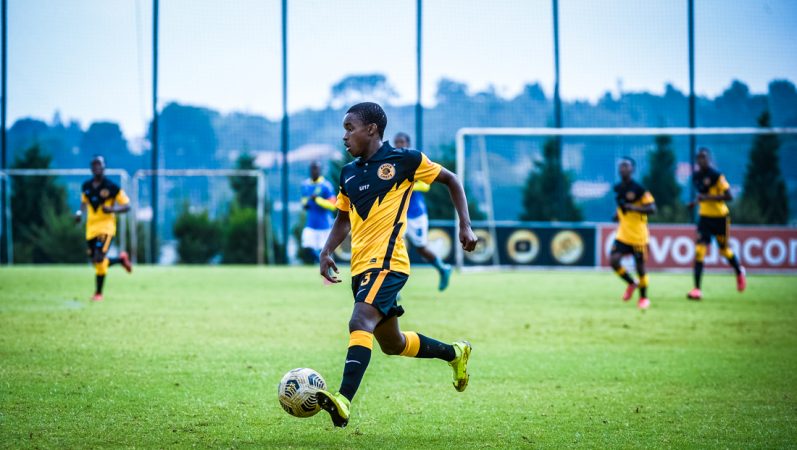 Kaizer Chiefs junior teams started the new season with the same intensity and vigour they ended with last year when they finished as log leaders in their various divisions of the Gauteng Development League (GDL), which is run by SAFA.

The four divisions kicked off the season on Saturday when they hosted Remember Elite Sports Academy (RESA), who are based in Vereeniging for their first game of the season. The four games took place at Kaizer Chiefs Village.

The KC under-13 who won last season’s GDL in the age division were merciless when they walloped their counterparts from RESA with a big score of 9-1.

The under-15 team took it to another level when they obliterated RESA’s under-15 with an avalanche of 13 goals with no reply from the visitors.

“We feel great and it’s awesome to be back on the field of play after a long break,” said a delighted Tshidiso Letsholonyane, who is one of the KC development coaches. “We’ve been preparing for the start of the league and the boys also looked very excited and ready for the 2022 season of GDL.

“I think we look more balanced this season if you look at all the four teams we have. We will definitely improve from where we ended last season. The important goal is to produce quality players for the next division.”

The coaches were delighted with how the different teams started the season as they showed intent by rattling the opponent’s net 29 times in four games while only 6 goals went past our goalies against RESA. This gives Chiefs an overall +23 goal difference across the four team after the first round of matches.

“We scored a lot of goals – which is good, but we are still not happy with the number of goals we conceded in the under-17 team. But this gives us something to work on in the coming week as we prepare the guys for the upcoming games,” said Letsholonyane.