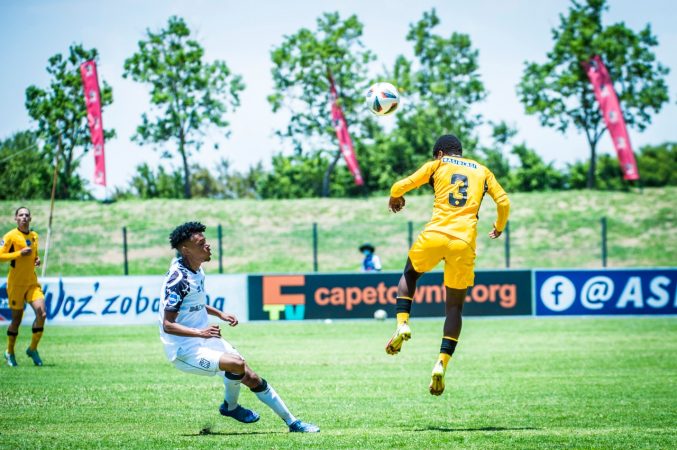 Kaizer Chiefs reserves dominated much of their DStv Diski Challenge clash against Cape Town City at the Tsakane Stadium in Brakpan this weekend, but were undone by a penalty against the run of play to go down 1-0.

Coach Vela Khumalo rued the fact that while his team was in complete control of the match, they came home empty-handed after the narrow loss.

The Chiefs reserves had over 60% of the possession in the game, but the game was decided by one moment in the 14th minute when City’s Jaedin Rose converted a penalty, sending Bontle Molefe in the Chiefs goal the wrong way for the game’s decisive moment.

Khumalo was bitterly disappointed with the result.

“We knew that they were going to come and sit at the back and wait for transitions. They did not do  much, except for the penalty they got. Our boys played very well, but we did not have too many attempts at goal. We dominated but we needed to get what matters most – which is goals,” Khumalo lamented as his team failed to make their dominance count.

He is confident that once they become more clinical in front of goal, results will improve.

“Goals have been alluding us. The stress of the exams is also gripping the boys. It is a phase that will pass by. Now, it is all about finishing up with this year and we can regroup in the new year, said Khumalo as he looked ahead to Chiefs reserves’ final game of 2021 on the 20th November against SuperSport United.

Khumalo said that along with the club’s head of technical, Molefi Ntseki, the club is working on a long term solution to ensure that players education and football development work hand in hand in future.

“We are busy working on a programme and structure, where we can incorporate the schooling and educational needs of the players into our system. It’s something we are working on, so that we have a flexible programme that will allow for this,” said Khumalo.

The Chiefs reserves are currently sixth on the table with nine games played and will be looking to end 2021 with a win against SuperSport United at the Johannesburg Stadium in their final match.

They will return to action on the 6th January 2022 with a game against their counterparts from Royal AM at the Harry Gwala Stadium in Pietermaritzburg.