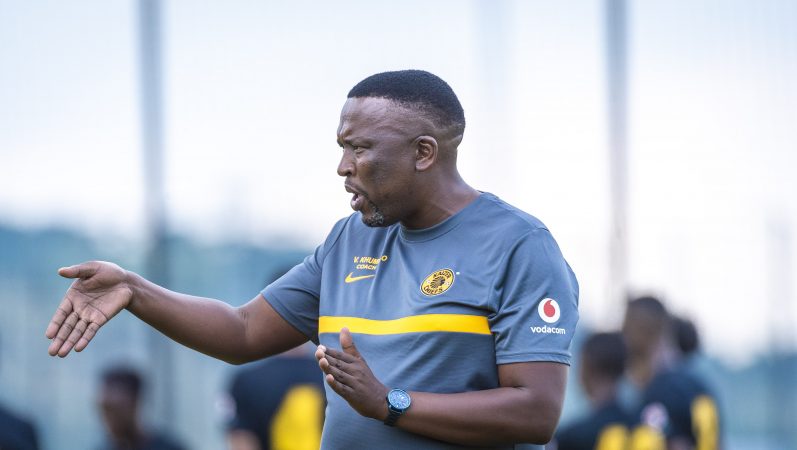 On-form Chiefs reserves team will face Stellenbosch reserves this weekend in a DStv Diski Challenge fixture that will be staged at FNB Stadium.

Chiefs, who beat AmaZulu 2-0 in the last game played in Durban on Sunday, will be looking to make it three wins in a row on Saturday when they welcome Stellenbosch. It will however not be an easy game for the home team as Stellenbosch’s consistency has seen them hold on to the second spot on the log with 36 points after 17 games.

Amakhosi on the other hand will try and use this game to collect more points that will help them climb up the DDC table. They are in 6th position with 25 points in the bag.

Coach Vela Khumalo has used the last 5 days to prepare his team for this tough clash. He says he believes the young Glamour Boys will be able to hold their own against the team from the Western Cape.

“We are more than ready for the game,” vows coach Vela Khumalo as he looks forward to Saturday’s clash. “Keletso Sifama and Thabo Mokoena’s return has made the competition a little more stiff in the team – which is a good thing.”

The good news is that the medical room is not that busy for the coach Vela’s team as most of the players are available.

“We are looking okay – we are only waiting for the medical team to update us on Puso Dithejane who is being assessed. But it will not be a train smash if he isn’t available because we have enough manpower in the team,” he confirms.

“We simply need to guard against complacency after winning five of our last six matches because the boys sometimes start to think they can beat any team without putting in work. We are now focusing on working on mental strength of the young lads to ensure they work extra hard.”

Amakhosi have been free-scoring in the last number of games and this pleases Khumalo and his technical team.

“We are happy that we are scoring,” he adds. It is important to score as many as possible, but we need to work on fixing our defence. We did not concede in our last game and managed to score two – this is encouraging. We need to keep this going because we need to be strong in all departments.”

Stellenbosch started the season well and won the first round meeting against Amakhosi down in Stellenbosch.

“Yes, we lost our first round game against them, but that can mainly be attributed to the red card we received early on in the game. Red cards have a way of dampening the spirit at this level but there’s not much we can do as it is all part of the game.”

On studying the opponents coach Vela says: “We’ve been watching Stellenbosch and we know that six of their players are part of the first team. This means they are not there by mistake.  We know will be facing a tough battle, but we are ready to give it our all.

“We are looking forward to a very competitive match and hope to do well,” he concluded.

The DDC game between the young Amakhosi and the Stellies will take place at FNB Stadium at 10:00 on Saturday.