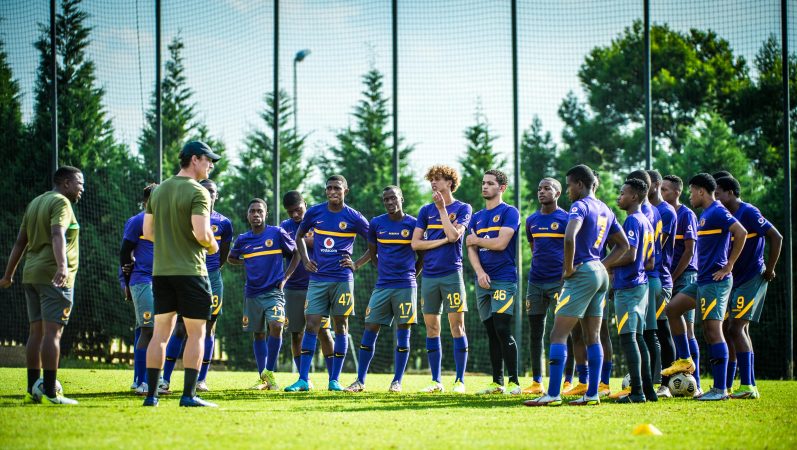 Kaizer Chiefs reserves will this weekend be involved in the big Soweto Derby when they visit Orlando Pirates reserves at Bidvest Stadium on Saturday, 2 April.

Amakhosi will hope to carry the same form from the last two successful weekends in Polokwane and Pretoria, when they convincingly beat Marumo Gallants and Mamelodi Sundowns reserves respectively.

Chiefs reserves thumped bottom side Marumo Gallants 4-1 at the Old Peter Mokaba Stadium a fortnight ago and scored another four against Sundowns at the Lucas Moripe Stadium, but conceded three goals in the match.

Pirates reserves on the other have not been in great form, as they have lost their last two encounters.

Chiefs Coach Vela Khumalo says his team is ready for the match and will approach the game in the same manner they have for all other games this season.

Chiefs reserves drew first blood when they hammered Pirates reserves in the first round fixture 3-0 in  September 2021 and will try and emulate the first team by completing a double over Orlando Pirates in one season.

“We would like to repeat what the senior team have done, but it’s not our biggest priority,” adds Khumalo. “Many of our players are 17 or 18 years old, so we need to ensure that they play well and learn all the good things we want them to do so that they can be ready for the future.”

The DDC Soweto Derby between Kaizer Chiefs and Orlando Pirates will kick off at 12:30 at the Bidvest Stadium in Johannesburg.

The clash will be live on SuperSport’s PSL Channel 202.