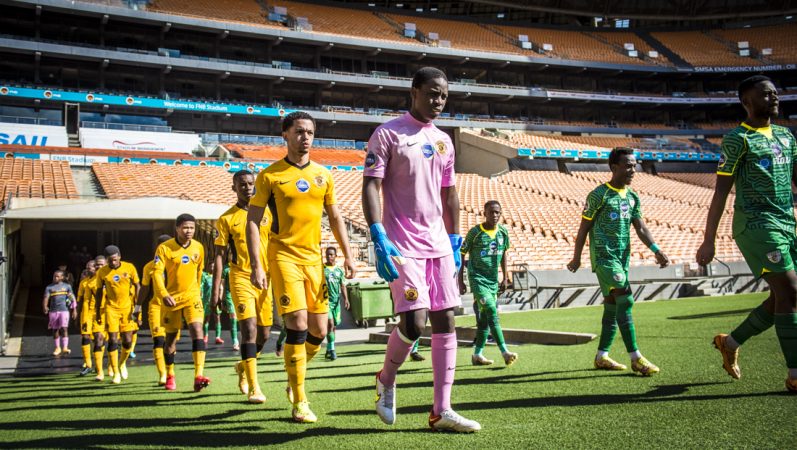 Kaizer Chiefs Reserves wrapped up their 2021/22 season of the DStv Diski Challenge (DDC) with a drawn match against Baroka FC Reserves at FNB Stadium on Saturday.

Coach Vela Khumalo was happy with his team’s display and praised the lads for putting in the hard work throughout the season.

“It was a good game for the boys,” coach Vela Khumalo said at the end of the 90 minutes. “We wanted to win it, hence the number of chances we created. It’s a pity we couldn’t bury those chances. We took control of the game and dominated in patches, but not throughout the game,” Khumalo added.

Amakhosi made their intentions clear when they scored in the first half through Wandile Duba. They went into half time with Amakhosi in the lead, but Baroka came back and capitalised on a mistake to level matters in the second stanza.

“It was a long season with many dynamics,” said Khumalo. ”We have a young squad when you compare with the other teams and we also needed to prioritise school, because the majority of the boys are still in school.”

The game on Saturday also saw Mduduzi Shabalala rejoin his teammates after missing a number of matches while he was in Belgium and Spain.

“Some of the players will not get a long break because they will play in the U19 team that is in the GDL and some will go for the national U20 camp, so there isn’t a break for most of our guys. We now have to get ready to play against the team that finished third in the top 8,” concluded Khumalo.

The DDC league will go on a break and return in the new season in August, but will be preceded by a top 8 tournament in July.