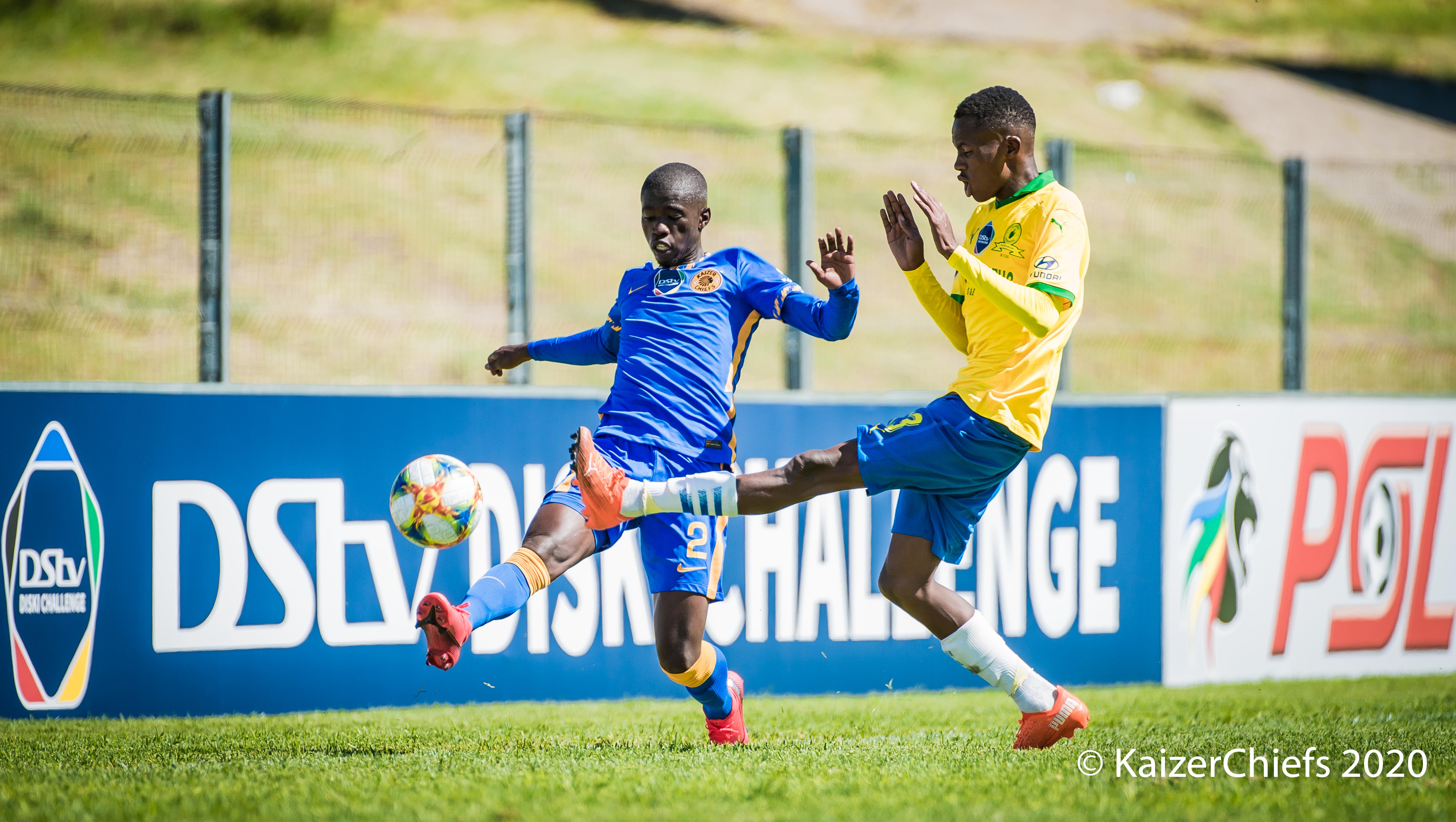 Kaizer Chiefs Reserves gave their Mamelodi Sundowns counterparts a 4-1 drubbing on Sunday afternoon in a DStv Diski Challenge Stream 2 encounter at the Johannesburg Stadium to see Arthur Zwane’s charges cement their place atop of the standings. The win was Chiefs reserves’ fourth successive triumph and sees them move to 12 points, three ahead of rivals Orlando Pirates, who lost to Swallows FC on Saturday afternoon.

Chiefs went ahead through man of the match Kamohelo Hoala who opened the scoring in the 11th minute. Sundowns equalised through Ofentse Mashiane but Chiefs took the lead with half time approaching as Hoala completed his brace in the 41st minute making it 2-1 to Chiefs. The man wearing the number 11 jersey then completed his hattrick scoring again in the 43rd minute to ensure Chiefs went into the break 3-1 up.

Chiefs scored a fourth with Tshepo Mohlala sealing the deal with nine minutes to go to ensure it would be a good day for Chiefs all round. Sundowns ended the game with 10 men with Karabelo Ramokepa receiving his marching orders for a second bookable offence.

Speaking after the game, Chiefs reserve team coach Arthur Zwane was pleased by his team’s response after they lost their opening game against Orlando Pirates. He also believes that they can draw a lot from the win against Sundowns.

“There were a lot of positives and negatives in the game,” Zwane pointed out. “We can try and work on our positives so we can get even better. I am happy with the way the boys are responding to the plan. The more we play the better for them. As you can see, we are gradually getting better every week and their individual performances are improving.”

Zwane attributes part of the reason for his team’s good performances over the last few weeks down to the fact that collectively they have improved, with goalscoring duties being spread around with different players contributing.

“We are not focusing on individuals but the team as a whole and the group, so that is why you could see during the game we moved the guys around and we got the results from their improved individual performances,” he explains. “They can always get better - the more we play they will improve.”

For the meantime Zwane is a happy man as he now looks towards his team’s next two games as they look to secure qualification for the semi-finals. The team will next face Swallows and TTM reserves in their final games of the round robin stage.

“It’s going to be two difficult games, but we are ready for the challenge. Sunday’s performance was better than last weeks’ performances and we expect next week to be better than this week, he added”

“We take it one game at a time and looking at improving steadily. “It’s good that we are playing week in week out. It’s good for the boys, for us as coaches and everyone who is part and parcel of the team. The moment we stop playing, it breaks the momentum so the more we play games we get better and better”.

With two rounds to play, Chiefs currently lead the standings by three points ahead of Orlando Pirates and are five points clear of Sundowns, Baroka and Black Leopards who occupy the next spots on the log behind Pirates and are all on seven points. This means that with two more points, the Chiefs reserves will confirm their place in the last four.