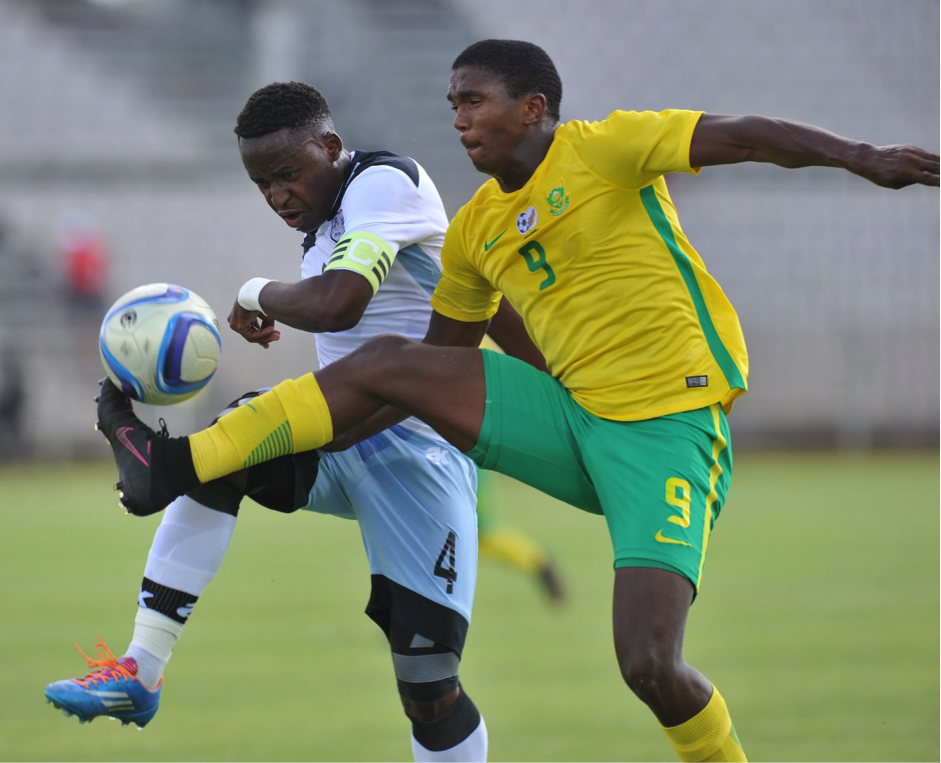 Amakhosi’s MultiChoice Diski Challenge coach, Arthur Zwane, expressed delight at seeing his charges commanding regular places in the Amajita line-up: “The boys are doing well. We are monitoring their progress and we are glad that they show signs of growth in their game.”

The trio have played in all the three group stages matches with Amajita qualifying to the next round with maximum points (nine).

In the first game Shopane and Ngcobo were on the scoresheet in the 8-0 demolishing job of Lesotho, while Meyiwa was impressive in his defensive duties.

In the second game, Amajita walloped Swaziland 1-0. Meyiwa was on fire and came close to earn the ‘Man of the Match’ award for his exploits. The third win came through a hard fought 1-0 win over Botswana .

South Africa’s Under-20s side will now take on Angola this afternoon in the semi-final (kick-off is at 17:00). The encounter will take place at Rustenburg’s Moruleng Stadium.