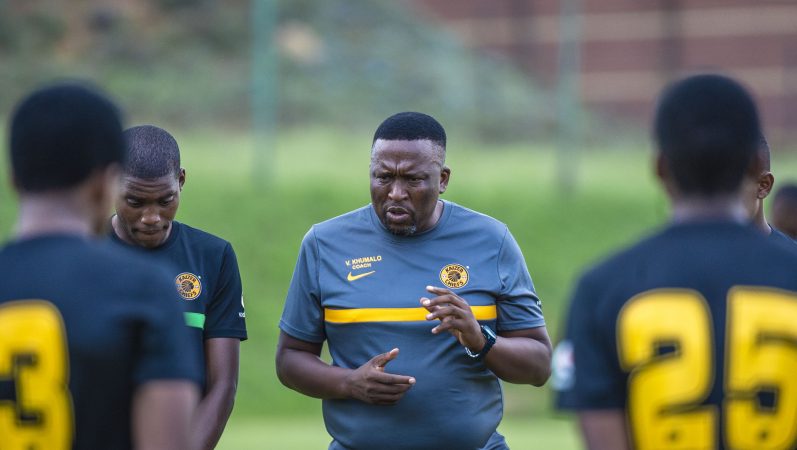 For the third game in a row, the Kaizer Chiefs reserves netted four goals in a DStv Diski Challenge game, as they brushed aside Chippa United 4-1 at the Wolfson Stadium outside Gqeberha on Sunday afternoon.

Coach Vela Khumalo’s side followed up their 4-0 victory a week ago against Marumo Gallants with another standout win.

Chiefs’ hattrick hero from the Gallants game, Wandile Duba, put Chiefs 1-0 up on the 18th minute, while second half goals from Mthokozisi Bilakazi on the 54 minute and an 88th minute goal from Puso Dithejane, as well as a fourth from Mfundo Vilakazi deep into referee’s added time rounded off the scoring to give Chiefs a comfortable victory.

Despite Chippa scoring a goal in the 77th minute to make the score 2-1 through Kayden Francis, Chiefs pushed on to pull away from their hosts.

“It was a good game, although we did not play according to our style of play. We got the result and continued scoring. It’s still a work in progress,” coach Khumalo reflected after the game.

The coach highlighted a number of positives the team can take from the game, as his team continues to improve.

Khumalo has called for calm amongst his team – after they recorded big back-to-back wins – ahead of their next game.

“We are playing Sekhukhune at home next, with young players 17-18 years old. They must not get carried away. We want to continue with the run, let’s see how it goes,” said Khumalo.

Chiefs’ skipper Jordan Sampson, who put in a big shift in defence as the team continues to shore up their backline, was voted as the man of the match.

Chiefs now look ahead to their next game in the DStv Diski Challenge against Sekhukhune on the 29th of January at home.

With the Chippa win, Chiefs now climb up two places on the standings to eighth.