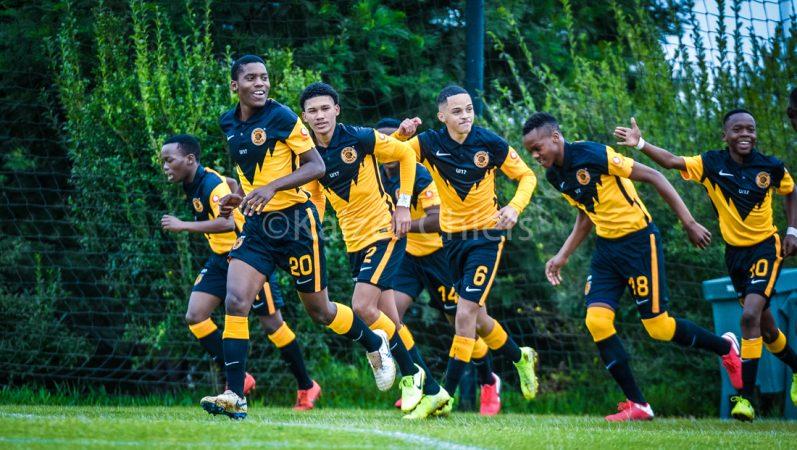 Kaizer Chiefs u-17 and u-19 teams enjoyed big 3-0 and 4-2 away wins over Panorama in the Gauteng Development League (GDL) this weekend, which pleased and greatly encouraged their respective coaches Tshidiso Letsholonyane and Vela Khumalo.

Speaking after his team’s second GDL game back after a long COVID-enforced period of inactivity, u-17 coach Letsholonyane said of his players’ long break from competitive football: “It was a challenge. We gave them programmes to work out at home. They were not physically at the level we would have liked them to be”.

“These players are at a difficult stage of development. There are many other factors around them that can disturb them and their focus on football. It is a challenging stage, so we support them in every way we can, in their home life and school life. To continue producing players for the first team, we need to help and support them,” Letsholonyane added.

Letsholonyane was happy with the team’s win against Panorama, coming after a narrow loss to Highlands Park in their first game back in the GDL.

“In two weeks we  have played two games. Last week we lost 3-2 against Highlands Park, a game which we dominated with nine shots on target. We conceded three goals due to our own mistakes. We came with the same (attacking) mentality to this game, the difference was we took our chances and were more organised in defense,” Letsholonyane said after the game.

The Chiefs u-19 team collected their second win in a row and coach Vela Khumalo saw his team again score freely after a 3-2 win the previous week.

They were 4-2 victors over Panorama on Saturday, and he reflected afterwards on the win, saying. “We saw tactically and structurally that the boys played the way we wanted them to, exactly what we trained”.

While happy with the result, he does believe that his team can improve.

“I am happy to see that they are displaying exactly what we do during the week, (though) we can still improve. We keep reminding them of the Chiefs way and the way we want them to play. They are under no pressure to do things right, but we guide them to improve,” says Khumalo.

Of the performance and victory against Panorama, he said: “in moments we played very well. We have many talented players in this team, the talent that these boys have is amazing. I think we are at 70 percent, but we are getting better and better with every game. To come from the Covid break and play this way is good for us”.

With most of his players moving up to the Chiefs reserve team when the DStv Diski Challenge resumes, Khumalo is confident that they will manage in the competitive reserve league.

“if you look at the age group of these players, they are 16-17 years old and competing at u-19 level..Most of these boys will be in the reserves next week. I think we are on a good track and will be having quality players, which will eventually be promoted to the first team,” says Khumalo.

A number of his players also play for the South Africa u-17 and u-20 national teams, which Khumalo feels has been beneficial to the players’ development and has helped his team.

“The international experience comes in handy. The experience they gain helps us to dominate these games and their experiences filter down to the rest of their teammates. The team is looking good, and the country will benefit,” Khumalo said in conclusion.