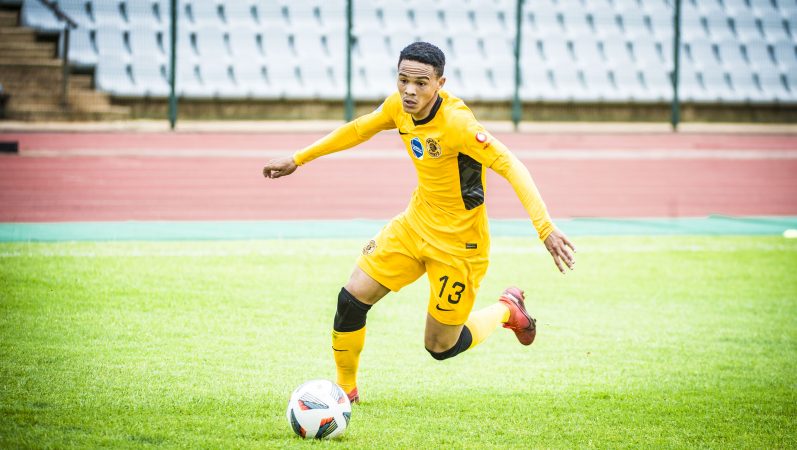 He scored a brace in reserves’ last DStv Diski Challenge game against Sekhukhune United in their 3-2 win this past Sunday and Keviano Francis is hungry for more goals.

Francis is confident the team will keep up with the improvements they have made since the start of the year as they have put together a good run of form recently.

Chiefs’ next assignment is against their hosts Maritzburg United, who currently occupy 13th place in the standings, at the Harry Gwala Stadium on Saturday at 10h00am.

Francis was complimentary of the way his team started against Sekhukhune, as they were quick off the mark with the first of his two goals coming after just 15 minutes.

“As a team, we knew we needed to score within the first twenty minutes. We discussed this ahead of the game. It was achieved. We played against a team that pressurized us. It was a tough one,” said Francis.

“The first goal the coach said I must take them on, the second one I needed to put more pressure on them because it was 1-1 at that stage,” Francis said of his strikes.

With the team now on a run of three wins and a marked improvement from the first half of the season where they scored 15 goals in 10 games, they have now scored the same number in their last four outings.

Francis wants the team to continue with their winning ways and believes there is no substitute for hard work.

“We are a young team and the coach said that as soon as we start gelling the wins will come. We are on a winning streak. I feel that the work we put in the gym and the training is paying off,” said Francis.

With Maritzburg searching for their first win of 2022 it will be a challenging encounter for the Chiefs reserves, but Francis feels that they have the impetus, belief and self-confidence as well as the blueprint to continue doing well.

“We are going to do exactly what we did in the last three games and continue from where we left off. We are working very hard and we know that we can climb further up. We will be there amongst the top few in the next few weeks,” Francis said confidently.

The turnaround for the Chiefs reserves’ has been amazing since the turn of the year, with their games being high-scoring and producing 23 goals. They have also gone from having a negative two-goal difference to now having a plus-five goal difference.

A fourth win in a row over a Maritzburg team who defeated Chiefs 1-0 back in October could see Amakhosi climb up to fifth spot.