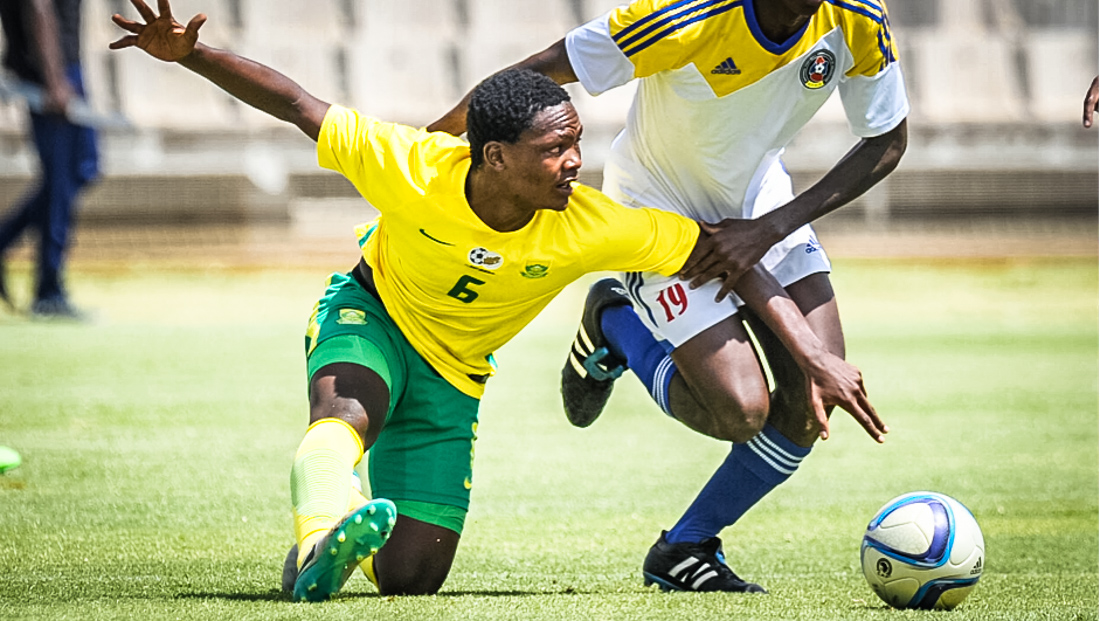 Playing on the international stage is every player’s dream and luckily for one of our brightest stars that dream has become a reality, and the result of that is a player who is yearning for more after having a taste of playing against the world’s best.

Young Wiseman Meyiwa is a product of the Kaizer Chiefs youth academy and steadily building a profile for himself in the MultiChoice Diski Challenge side under the tutelage of coach Arthur Zwane.

As an Amakhosi follower you would have been beaming with pride after seeing the young midfield maestro hold his own against Cameroon in South Africa’s impressive 3-1 win in their opening match of the U-20 African Youth Championship in Ndola, Zambia.

Having represented South Africa’s Under-17s at the Youth World Cup last year in Chile, Meyiwa finds himself as one of only a handful of players in the squad, who have made the step-up into the Amajita side and insists that he feels no pressure following the team’s imposing start.

“We are obviously proud, but it doesn't really change things,” Meyiwa told kaizerchiefs.com from the team’s base in Kitwe, Zambia.

“It’s important that we put our performance against Cameroon behind us and shift focus to Thursday’s match against Senegal. One win in a tournament of this magnitude does not mean anything, unless you can take it forward and get out of the group.

Now with Amajita on top of group B, Meyiwa is quick to dismiss the ‘favourites’ tag that the team has been associated with in Zambia, and insists that their focus is solely on getting past the first round and will start thinking about the knockout stages when they get there.

“We don't fear anyone, but we respect all the teams who have qualified. We are going to try to win our next two matches and go as far as possible,” says Meyiwa, as they prepare to take on the West African powerhouse in Senegal.

“We are not concerned what people are saying. We are more concerned about us and what the coach has told us is to remain humble and focus on our next opponents. Tournament football is very tricky and we still have a fight on our hands against Senegal and Sudan, but we are ready for them.”

Amajita’s match with Senegal is on Thursday and will again be played at the Levy Mwanawasa Stadium with kick-off at 18:00.