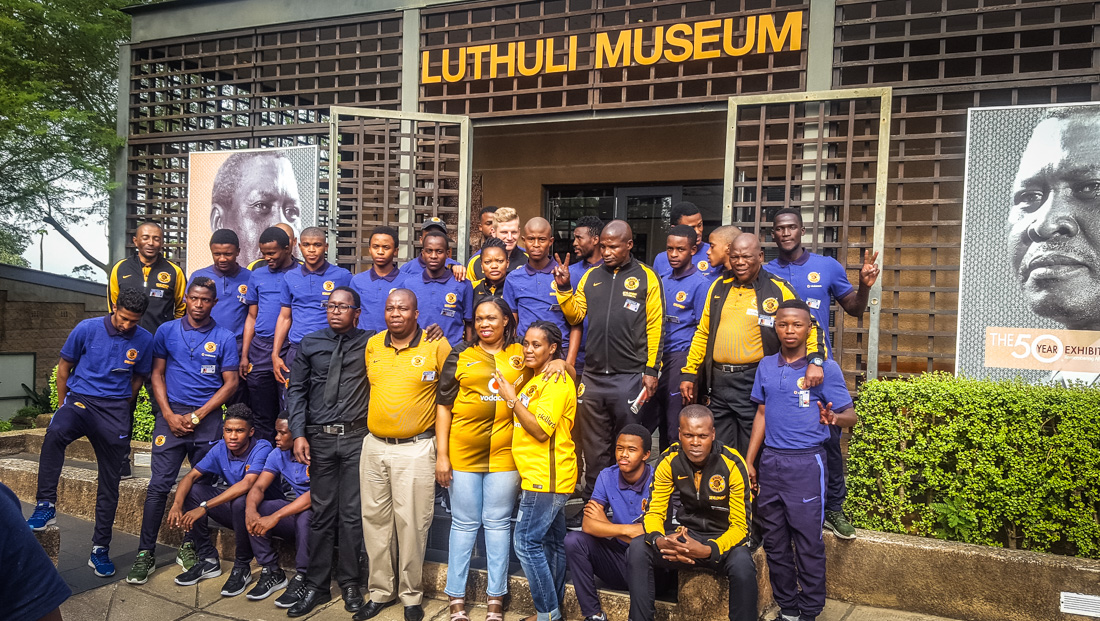 “The atmosphere in the stadium was great,” Lucky Baloyi reflected after helping Kaizer Chiefs’ reserve side beat a KwaDukuza Invitational XI in KwaDukuza (Stanger) on Saturday afternoon. There was a relatively small, but energetic and noisy crowd at the Stanger Manor Stadium.

Amakhosi’s side was for the occasion strengthened by five players from the first team squad, including Baloyi, Michelle Katsvairo, Siphelele Mthembu, Siyabonga Ngezana and Luthando Sixhaso.

The squad flew to KwaZulu-Natal on Friday morning and the coaches, including Arthur Zwane, Sundra Govinder and Rory Minnaar, held a soccer clinic in the afternoon.

The players were given a little break, but they did visit the Luthuli Museum, which is located in the former home of Chiefs Albert Luthuli in KwaDukuza. The museum celebrates the life of the former winner of the Nobel Peace Prize, Chief Albert Luthuli who was the president of the ANC from 1952 until his death in 1967.

A tour was given by three of the daughters of Chiefs Luthuli.

“It was really fascinating to hear about his contribution to the freedom struggle in South Africa,” Baloyi says. “He was known for his commitment to human rights, democracy, non-violence and non-racialism.”

Some of the players gave a clinic on Saturday morning at the Stangor Manor Stadium, including Baloyi, Siyabonga Ngezana, Ngcobo, Katsvairo, Siphelele Mthembu and Sixhaso.

Thereafter followed the game against the local XI.

“We really enjoyed the trip,” reflects defender Ngezana, who was recently unlucky not to be included in the Amajita squad going to the U-20 World Cup in South Korea. “We were also delighted to give the soccer clinic. It’s good to give back to the community.”