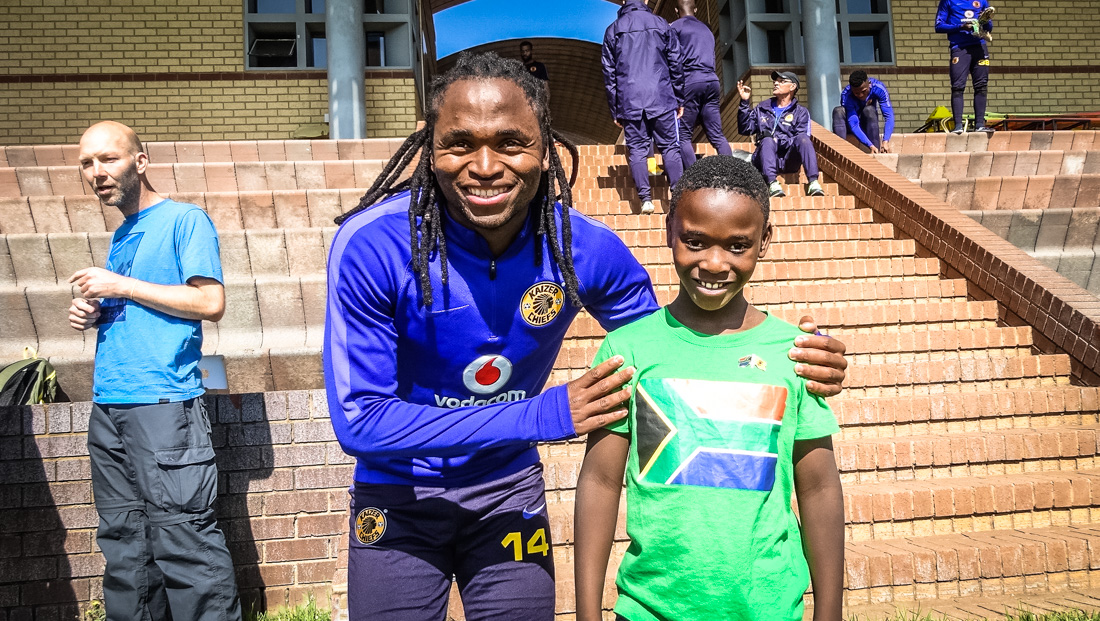 The 8-year-old Dutch youngster, Siphiwe de Jonge was named by his parents after Siphiwe ‘Shabba’ Tshabalala. The young Siphiwe was adopted in 2008 by his Dutch parents. He met ‘Shabba’ at the Village on Tuesday.

The young Siphiwe was first introduced to Tshabalala at Pretoria’s Loftus Versfeld on 6 May 2009 when Kaizer Chiefs played a game there. Siphiwe was only seven months old at the time.

“Siphiwe, you have really become a big boy since I saw you last time,” ‘Shabba’ told the youngster after training. “I remember how happy I was when I met you the last time. It’s so special that I meet you again today. I am really honoured.”

Young Siphiwe recently played in the World Cup for adopted children, which was held in Holland. He represented South Africa.

“I hear you play better than me now,” Tshabalala commented on the tournament with a big smile.

Siphiwe was joined at the Village by his parents, Marnix and Kirsa de Jonge.

When he is asked in Holland what his favourite team is, Siphiwe always answers: “Kaizer Chiefs, with Siphiwe Tshabalala as my favourite player, followed by Barcelona and Messi.”

“The world is your oyster,” says ‘Shabba’ to Siphiwe when saying goodbye. “I hope to see you soon again.”