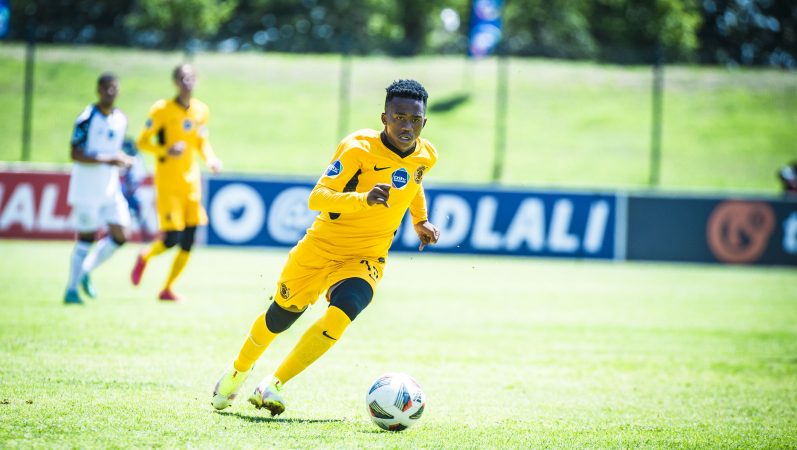 Kaizer Chiefs’ young sensation Mduduzi Shabalala jetted out of South Africa on Monday night for trials in Belgium. He will be followed by goalkeeper Bontle Molefe later this week.

Shabalala attracted interest from KVC Westerlo, a Club in the B Division of the Belgian League after a tremendous season with the Chiefs reserve team this season, where he scored some crucial goals and created a number of opportunities for his teammates.

The talented attacker also took part in the DStv Compact Cup earlier this year after being voted for by the fans.

Shabalala will spend two weeks in Belgium before returning to South Africa for a few days. He will then fly out to Spain after being named player of the tournament in the Cosafa Cup.

Goalkeeper Molefe will follow Shabalala later and is expected to leave the country this Thursday.

He will spend a month with Royal Antwerp FC, a First Division A club in Belgium.

Bontle and Mduduzi played in the last DDC game between the young Glamour Boys and young Chilli Boys at FNB Stadium. The visitors won the game 3-2.