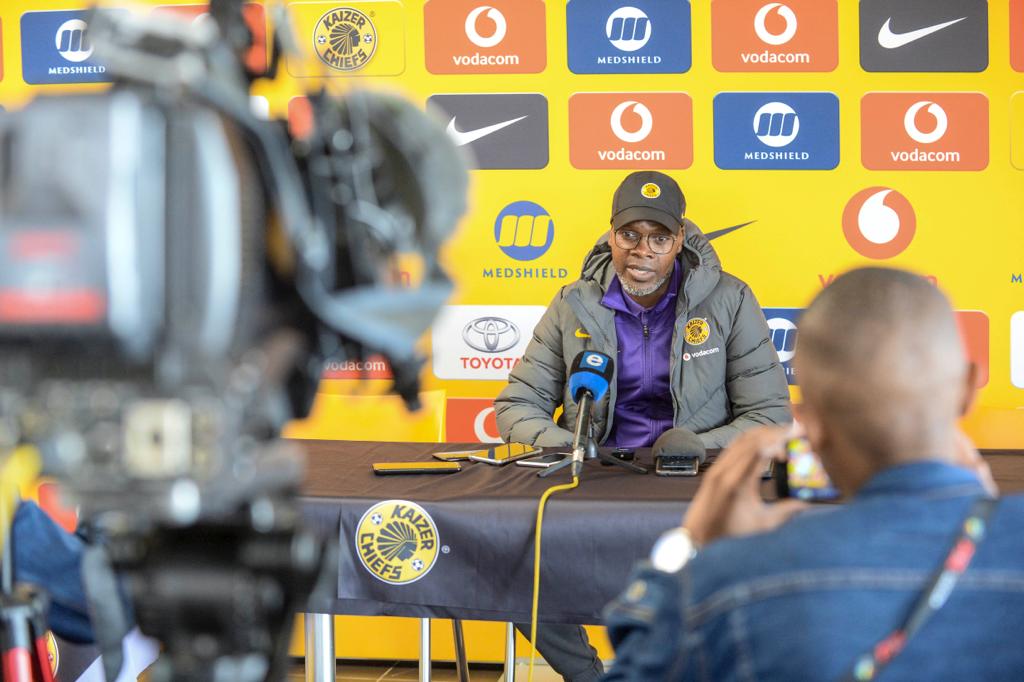 Amakhosi in confident mood as they head for the capital

Kaizer Chiefs will head to the capital city buoyed by their emphatic first win of the season, a 3-0 triumph over Maritzburg United following on from their opening game loss to Royal AM.

Chiefs coach Arthur Zwane will be looking for the same kind of energy, enthusiasm and clinical finishing in front of goal, when Chiefs visit Vodacom Loftus Stadium to face defending champions Mamelodi Sundowns at 15h00 on Saturday.

Chiefs gained their first three points on Tuesday evening, with all players involved in the Maritzburg win given a rest on Wednesday.

Amakhosi have, however, been at full swing in their preparations for one of their sternest tests this early into the new campaign. Amakhosi will be looking for another three points, as coach Arthur Zwane heads into the game with a full selection of players with no new injury or suspension issues to deal with.

The Chiefs coach will be happy to have virtually a full complement of players to choose from as games come at a frantic pace.

While Chiefs were victorious in their last league encounter against Maritzburg United, it was a first ever league defeat for Mamelodi Sundowns against TS Galaxy as they went down 1-0 at home on Wednesday evening.

While Chiefs bounced back with a win Sundowns - after winning on the opening day - went down to Galaxy, which leaves both teams on three points heading into this game.

Chiefs and Sundowns first clashed in a league game back in 1983 when Mamelodi Sundowns in their current guise first entered the top- flight.

Since then the teams have met in 76 league games. Of these Chiefs hold sway with 31 wins to Sundowns 24, there have been a further 21 games that have ended in draws.

Games between the teams have thrown up memorable clashes, most notably a 4-3 win for Chiefs with ten men in February 2004 at Loftus in the 2004-05 season. It was a game in which Scara Ngobese was sent off and in which current Chiefs coach Arthur Zwane featured.

Amakhosi have won on their two most recent trips to Loftus in 2019-20 and 2020-21, the latter loss was Sundowns’ only defeat of the 2020-21 campaign. Chiefs’ away loss to Sundowns last season is their only away league loss to them in their last five visits against them (W3 D1).

The team’s other encounter in the last campaign ended 1-1 at the FNB Stadium.

Chiefs and Sundowns will be meeting for a 43rd successive season in the top -flight. Of the teams currently in the DStv Premiership Chiefs have only faced Pirates in more successive seasons. Amakhosi coach Arthur Zwane is well aware of the storied historical rivalry between the teams, as he lifted his first piece of silverware in the 2001 BP Top8 Final as a Chiefs player.

It was a game in which he scored and Chiefs eventually won on penalties, after the game ended 2-2. He also tasted further success against Sundowns in the 2007-08 Telkom Knockout Cup Final and in the 2008-09 MTN8 Final, in addition to the numerous league games, he has faced against them as a player and a coach of the Chiefs reserve team.

The Chiefs coach was also on the field against Sundowns when Amakhosi kicked off their 2003-04 title-winning campaign at Ellis Park Stadium in Johannesburg with a 2-0 win. Zwane is therefore well equipped with the historical and tactical knowledge to be able to steer his team through a game of this magnitude.