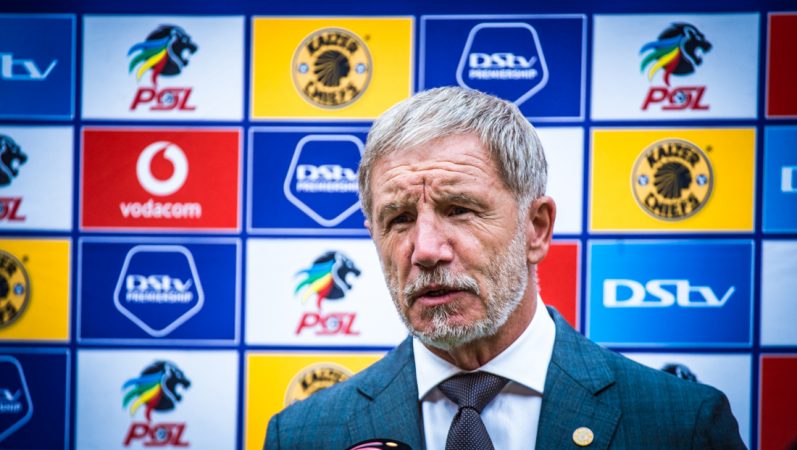 It will be easy to start saying ‘bogey team’ but every match has its own life unless you allow history to sway it. So this match will have its own life, so it’s up to us to ensure its one that we like and not one we don’t like. The boys are in good shape. They are very, very wound up for the game. We tucked in the formation slightly and we will try and make this as unpleasant as we can.

On the status of Amakhosi squad:

Khama (Billiat) is suspended and that’s both a blow and an opportunity, a challenge for us and a possibility to tweak how we play. Tower (Erick Mathoho) is injured, (Sfiso) Hlanti is still a long term injury. Cole (Alexander) is back, he came in and scored a goal, so he’s available for selection. Leo Castro is available for selection, so we have a few ways that we can attack this, but tactically we will wait to show our hand.

On TS Galaxy coming into the match on the back of a heavy loss:

Their mentality will be ‘we’ve done it before, we’ve come there and won’. But they’ve just been caned in the league, so we think there will be a hint of trepidation in their approach to the game. It’s up to us to make sure their worst fears are realized and not their wildest dreams.

On Chiefs coming into the game on the back of a good win:

That’s a mental one we have to solve and we have to be better at doing it. We need to ensure we’re motivated and inspired enough and understand the game plan and that we go for it. That we don’t accept six out of 10 if we can get a nine out of 10 and that we don’t accept a nine out of ten if we can get a 10 out of 10.  I think we need to be hungry, focused and not be scared to play.